Climbing that ladder to nowhere. 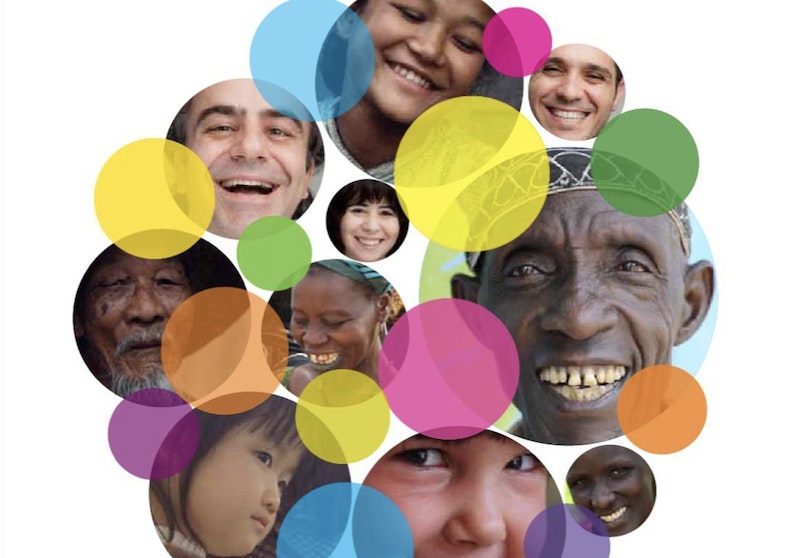 I get the feeling that with each passing year, the World Happiness Report produced by Columbia University and Gallup Polling under the leadership of Jeffrey Sachs, receives less attention. It was greeted as a sort of sensation when it first arrived in 2012; it was supposed to embody a new model of economics, based on "positive psychology" but also, according to Sachs, on Aristotle and the Buddha. Instead of measuring human outcomes in sheer cash, we'd now measure it by… well, what, really?

The report seemed to give rise at a certain point to what we might call "happiness nationalism." Maybe Sachs' idea was that the fact that the US finishes around #10 every year would motivate us to get happy in order to kick Finland's ass (Finland has been #1 for four years running, now). Americans, it’s presumed, think our rightful spot is #1 in everything. The same strategy has been used to supposedly motivate changes in education (much more standardized testing): our eight-year-olds are falling behind Singapore's eight-year-olds. This turns out not to actually motivate anyone to do anything, and Sachs, Arne Duncan, or Thomas Friedman's hand-waving panic about losing the race to Norway has become a useless snoozer.

One reason the World Happiness Report has ceased to be interesting is because the rankings hardly budge, no matter what governments do. Denmark, Norway, and Iceland round out the top four this year, again. People regularly draw whatever conclusions they like from this: the Scandinavian countries have sort-of socialist systems, which must lead to happiness, informally concludes Sachs.

You'd do exactly as well speculating that cold air is bracing, or that reverse-seasonal-affective-disorder is an established fact, or that reading Nordic noir makes your life look happy by comparison. My advice is eat lots of sub-arctic fish. I'm surprised that more racists haven't just taken it to mean that the whiter you are, the happier. Hitler might’ve predicted the superiority of the Nordic nations in this regard. In short, as you generate conclusions, you could as plausibly connect the victory of happiness in Scandinavia to anything that Scandinavians have in common, from excellent values and schools to an effective world racial hierarchy. Sachs wants to conclude "socialism," however. But he's very far from justifying that by these procedures.

The WHR is based on "self-reports on well-being." It subjects those it studies to the following odd visualization exercise/job interview question. "Please imagine a ladder with steps numbered from 1 to 10. The top of the ladder represents the best possible life for you. On which step of the ladder would you say you personally feel you stand at this time? On which step do you think you will stand about five years from now?" They might follow that up by asking whether you'd hop off this ladder if you could.

This question doesn’t refer to happiness at all, but appears to equate “happiest” with “best.” If people wanted to be famous more than they wanted to be happy, for example, they might measure their current degree of bestness by their current degree of celebrity. Maybe people want knowledge, or wealth, or admiration more than happiness. But on the Sachs/Aristotle approach, that’s impossible by definition. Everything we want, we want for the sake of happiness, on this view: if X wants to be famous, she wants to be famous because she thinks that will make her happy.

Aristotle's account of eudaimonia, happiness or well-being, has substance to it, even though it's eclectic: he tells you in detail what makes humans happy. Friendship is important, and conducting an active civic life as a citizen. But, claims Aristotle, the happiest life is the life of study, the life to which he was himself devoted. So Aristotle, in trying to figure out how happy people are, might start by asking them how hard they study.

Aristotle's account of happiness is personal to him; he was right in the middle of a life of study when he said that it was the happiest life; it was already what he’d chosen, and he soon conflated his own goals with the universal human purpose. But at least he gave the concept of happiness some content. The WHR just defines it as whatever anyone wants all at once. You get to fill it in however you like as you climb your imaginary ladder: evenings with George Clooney and Chardonnay, a life devoted to social justice, all the money in Mesopotamia, the Nobel prize, or a new truck.

There may be mild differences in different regions and cultures between what people think they want, or what they believe would satisfy them. If Finns have considerably lower expectations—if they picture a smaller ladder – then they’recloser to the top. If they are, for example, more resigned to fate, they’re doing better in their heads no matter what is happening in their lives.

This matter of self-reporting a self-defined happiness with its multiple layers of abject subjectivity, generates some basic conceptual difficulties. For example, let's suppose that in some cultures—oh perhaps in East Asian and Scandinavian cultures, maybe in New England or the upper Midwest—saying you're unhappy is frowned on. Parents and teachers in such cultures punish their kids for whining and complaining a little more than they do in some other places. By the time they're adults, they, like all of us, have no idea how happy they are or might be, but they know in their bones that it's not going to help to complain. Actually, on the street they don't look that ecstatic.

Basing policies on self-reports of how well each person thinks they’re doing in climbing to somewhere completely unknown or completely undefined, is just not a worthwhile idea. The government can keep sending me more relief checks; I'd appreciate that. But I'm not sure that will really make me happy, partly because, like Jeffrey Sachs and unlike Aristotle, I really have no idea what I want.

Like many Americans, though, and as we realize in this patriotic season that we're #10 again, I'm definitely a whiner.