On the publishing industry clash between Jonathan Franzen and Jennifer Weiner. 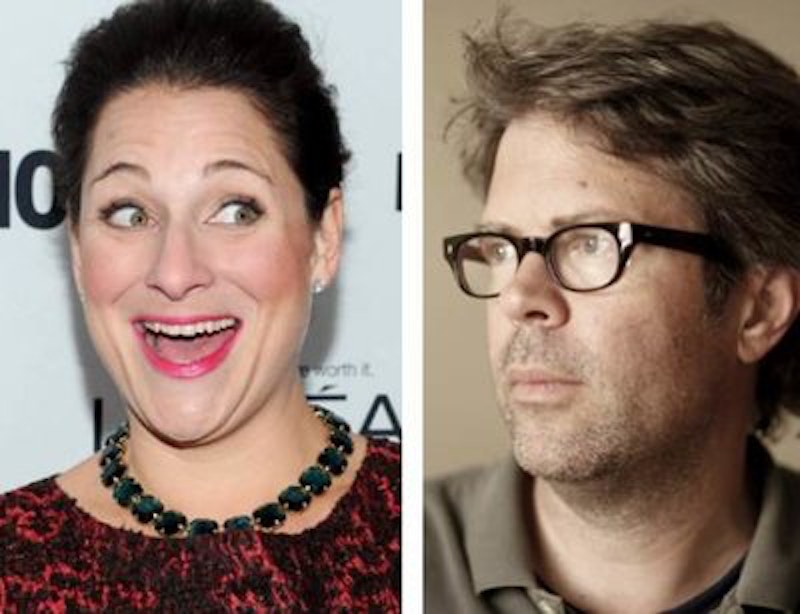 Jonathan Franzen was knighted the "Great American Novelist" by Time magazine. He was famously disinvited from Oprah Winfrey’s book club after expressing dismay that it might be below him. He later gave her a mock apology when The Corrections won the National Book Award. This is a guy who whined that, “one of the main reasons that the entire world turned on me during the Oprah thing was that one person had benefitted from 9/11, and that was me.”

Franzen has no shortage of ego.

Last week an interview with Franzen was published in Booth in which he comments directly about Weiner, whose books he admits he’s never read: “It's tricky because there's something about Jennifer Weiner that rubs me the wrong way, something I don't trust… She is asking for a respect that not just male reviewers, but female reviewers, don't think her work merits. To me it seems she's freeloading on the legitimate problem of gender bias in the canon, and over the years in the major review organs, to promote herself, basically. And that seems like a dubious project that is ideally suited to social media, where you don't actually have to argue, you just tweet. Where is her long essay about this, where she really makes a case? She has no case. So she tweets.”

Weiner responded, “I’m bewildered by Franzen’s continued attacks. He’s on the cover of Time, he’s got the Times writing curtain-raisers about his new book a year before it’s published, he’s been Oprah-anointed not once but twice, and is the subject of an upcoming biography. He is respected—nay, revered—in all the places that matter… and he’s calling me names?”

Weiner has long been an advocate for gender equality in literature. In 2010 she noted, “I think it's a very old and deep-seated double standard that holds that when a man writes about family and feelings, it's literature with a capital L, but when a woman considers the same topics, it's romance, or a beach book—in short, it's something unworthy of a serious critic's attention… I think it's irrefutable that when it comes to picking favorites—those lucky few writers who get the double reviews AND the fawning magazine profile AND the back-page essay space AND the op-ed... the Times tends to pick white guys.”

So the famous literary white guy Franzen doesn’t like her. Even though he’s never lowered himself from high atop Literary Mountain to read one piece of her work, he criticizes her... because she’s on Twitter? Maybe he’s just cranky he hasn’t won the Pulitzer yet. He’s not on Twitter (though there was once a hilarious parody account), the site he referred to as “the ultimate irresponsible medium” and Weiner is Twitterati, with well over 100,000 followers. There’s no question she’s sold millions more books than he has. His Wikipedia page lists awards, while hers reports 11 million copies in print (and that was back in 2011).

Here’s the thing, Jon. What’s apparently important to you is getting literary prizes, awards and recognition and you’ve done that. Weiner wants to sell books, she’s done that, and she’s rightfully unapologetic about it. Selling fewer books and having more awards doesn’t make you a better kind of writer, just a different kind of writer. Certain readers enjoy literary fiction and will read your books, and other (ahem, more) readers aren’t ashamed to buy commercial fiction and read her books. There’s nothing wrong with either, so is it really necessary to attack Weiner and her readers? It’s gauche. It makes you look small and very much like a douchebag. Stay on your fucking mountain, hoss, and polish your trophies while we read what we enjoy. You’re not the judge of readers, tweeters or Weiner.

Here’s Weiner for the win: “Franzen can call me a freeloader and a self-promoter, whine about which way I rub him, turn up his nose at my books. It won’t turn back the clock, un-invent Twitter, erase the internet, or take back the power it’s given those of us who are not Jonathan Franzen.”

Really? Franzen has no case. So he doesn’t tweet.