Slow Down, You Move Too Fast

Call me a week in advance. 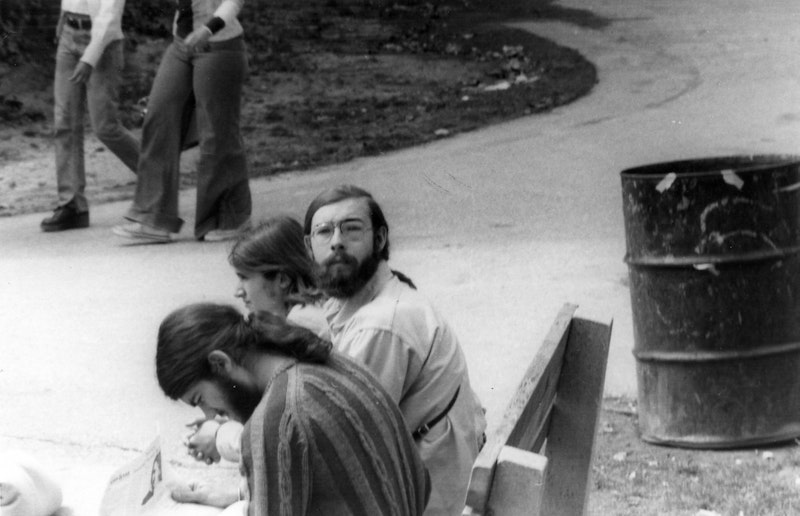 Maybe I’m an oddball—not out of the question—but as the years pass by, spontaneity has eluded me. I was uncomfortably reminded of this yesterday upon receiving an email from a longtime friend who said she’d be in Baltimore so how’s about you and Melissa join me for dinner? Not in the cards, I wrote back, have a prior engagement, but it’d sure be swell to see you soon. Years ago, I’d have re-jiggered plans, especially for someone who’s travelling. Mary, several years my senior, took it in stride, knowing that last-minute rendezvous’ don’t usually work out. Still, she’s a free bird: I get a hoot from looking at her Facebook page and seeing pictures from airports in London, Tel Aviv or Frankfurt—just the recent ones—and though we’re in different lines of work, I still marvel at her stamina. Not bad for a sixtysomething tomato.

Thinking about it more, I’m betting Mary’s the exception among those I know. Daisy, for example, who along with my wife’s dad visits Baltimore from Los Angeles at least once a year, is hardly out the door from a long weekend at our house when she calls with possible dates for the following year’s foray (a game at Camden Yards is a must, so that complicates matters when the schedule isn’t designed yet). My close friend Alan and I have a devil of a time deciding on a day when we’re both free to spend an hour drinking coffee and catching up. And family reunions are a bear to map out, even nine months in advance, since there are so many of us and everyone has already jotted down summer trips.

Sometimes I laugh when my kids, out of nowhere, decide on attending a concert or movie about an hour before it starts, and they look at me like I’m nuts. Guess I’m not an impromptu kind of guy, although it didn’t use to be that way. When I was 17, my buddy Howie and I had been accepted for admission at Johns Hopkins and we took a train down to Baltimore to check out our home for the next four years. It was April of 1973, and as it happened the second annual Spring Fair was underway—much smaller than today, and a lot looser and fun, without the vendors that schlep from festival to festival throughout the warmer months—which was a pretty great introduction to campus life.

We hadn’t been on the upper quad, near the dorms, for a half hour before a couple of freshmen identified us as high school seniors and asked if we wanted to smoke a joint with them. Now you’re talking my language! I soon met a fellow named Mark Borsi (pictured above), also a freshman, chatted for a bit, and he asked if we were staying overnight and where were we going to sleep. Howie and I shrugged, hadn’t thought that out, and Borsi, within 10 minutes, said we could crash on the floor of Billy McKey’s dorm room. I don’t remember if Billy—later a roommate of mine in a Waverly rowhouse just above Greenmount Ave.—was out of town or not, but that’s where we laid our stoned heads after a raucous night of partying with a lot of students, many of whom would become close friends the following September. I don’t think that in today’s world, where kids need security cards to pass through the gates to their dorm, such an arrangement could be made so casually.

While saying goodbye the next morning, Borsi and I exchanged addresses, and he was kind enough to write a letter in July, said he’d have my back when I arrived, and offered a lot of suggestions on how to navigate the arcane class registration process and advised that I be wary of the pre-med “throats,” the guys (and a few girls: Hopkins went co-ed a few years earlier) who rarely cracked a smile. And Borsi kept his word: when my roommate Mark and I, within weeks of arriving, found jobs at the faculty club, which included dinner each night, Borsi helped us cut through the red tape of receiving a rebate on our tuition, since we’d no longer need to have crummy meals at the dining hall. This wasn’t an easy feat, but Borsi had friends who knew the Dean of Students, and so a deal was cut. My roommate and I, clutching fat checks, rented a refrigerator for our cramped Griffin House dorm room, kept it stocked with beer (the drinking age was 21, and we both looked about 16, but a grad student named John Birdsall helped out on that front) and snacks, and our lodgings were always open for the likes of Borsi, McKey and new friends we’d made.

Earlier this week, my 22-year-old son Nicky wrote a story about the 1990s, the decade in which he was born and how he wished America was as tranquil today as back then. Remembering less than half the decade, he feels sort of gypped. I agree that the 90s were great—as were the 80s after Carter left office—but think the 70s are unfairly reviled. Sure, there was disco, leisure suits, PCP passed off as pot, a lousy economy and the unsettling spectacle of redneck youths, who in the late-60s had sport in calling longhairs “fags,” now indistinguishable, at least in appearance, from regular hippies. But if you were in college in the early-mid 70s, and just needed a part-time job to scrape by, it was a lot of fun.

And, in contrast to today, making spur-of-the-moment decisions was like breathing. You just did it.