Berlin Is Silence / Berlin Is Not Silence 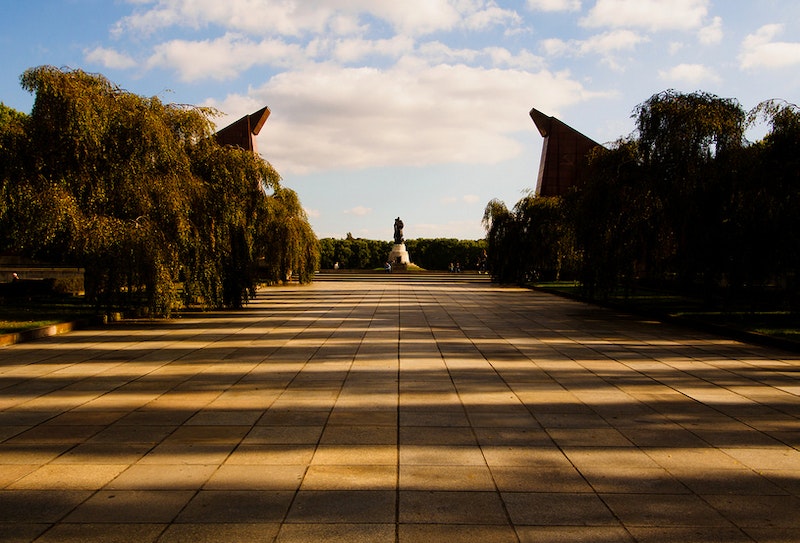 It's not hard to find a bar in Berlin where English is spoken. In Neukölln, where I stayed, every bar was an ex-pat bar. My host worked a service job and was not always around, so I went on a solo excursion one night. Even without the aid of a smart phone I can still identify where young people should go. I like to walk to the main street at 10pm and watch where young people with interesting haircuts walk into. O Tannenbaum is one of these places.

The first thing I noticed was not its friendly staff but that every cash transaction is conducted by them out of a thrift store suitcase. Every patron smokes. All conversations switch between German and English, sometimes mid-sentence. It's a bit like being in an American movie about ex-pat bars that has been viewed by young German and who see no reason to make corrections to its perspective. The pricing system is laid out on a chalk board. One euro and change gets you cheap beer, anything deluxe is four. There was the requisite crowd of Londoners on gap year. Some local artists were on a night time studio break. An American accent would occasionally break through the crowd. Even amidst high commotion I was left to my own devices unless I engaged a patron. This patron would then introduce me to other patrons and their midnight perspectives, the unique insights afforded by those who tonight and for the foreseeable future do not have to work in the morning.

The miracle of O Tannenbaum is not that the people inside are optimistic but that they truly believe in magic. And it is not the curious flavor offered by West Coast North Americans. It was aimed at punctuating any skepticism I had about whether the world was in fact more vast than two coasts of one continent. The ramifications of that premise can be troubling. The solace is found in knowing that more than a few of the people I spoke with had also journeyed from a bi-coastal country.

I left O Tannebaum at 2am and found no rogue elements—none crouched in the alley, none wobbling in the streets. There was not the spectre of crime that I had come to accept as the baggage of a vast city. I found unknown pleasure in walking home at 2am enmeshed by silence and without implications.

I had heard from my host about Treptower Park. You can walk there from the center of the city. The S-Bahn will efficiently take you there. I needed to take real photographs, and following the incongruous sight of children crawling over the Holocaust Memorial earlier in the week, I decided it best to find a more solitary site.

The site was constructed shortly after World War II as a memorial to fallen Soviet troops. At its center, a colossus with an impossibly large sword shields a cowering child from an assumed threat. From the entrance, two foot soldiers watch you upon bended knee, under the Soviet symbol. You are hemmed in on all sides by the memory of the fallen and those who will follow. The only people other than myself were a teenage couple embracing. Along it's length, which appears to measure two football fields, there are green gardens to browse. Owing to a lack of flowers, there are no scents to take in. There are benches to sit down on for the weary.

I walked towards the colossus ultimately feeling as if I were making my way through the bottom of an empty pool with the heavy burden of a past atmosphere still contained within. Once I had reached my mark the statue still seemed larger than I imagined. There is what appears to be a shrine inside that is marked by an assortment of graffiti. I did not photograph this.

By this point the park had filled up with tourists who now squinted at me as I was opposite them at the main entrance. Though I could not judge it precisely without binoculars, their body gestures seemed to indicate an appropriate mixture of solemnity and zeal. Though there were many of them, they avoided sprawl, not interrupting, but standing behind the teenage couple in a silence of universal guardianship. I left Treptower Park thinking about how this silence would project into a photographic negative. It was not less than ten minutes until noise disrupted my mind. A group of young Turkish children were setting off M-80s in the street. This street, which the night before had been silent, was now dissonant. The children proceeded to put on this display at a leisurely place for several blocks. Everyone was unpleasantly surprised and no one intervened. There was no sign of the law. There was no colossus.