The Intersection of Politics, Sexual Identity and Suicide

Epidemiologists tell us that gay, transgender and non-binary kids (and adults) die by suicide more often than other kids. 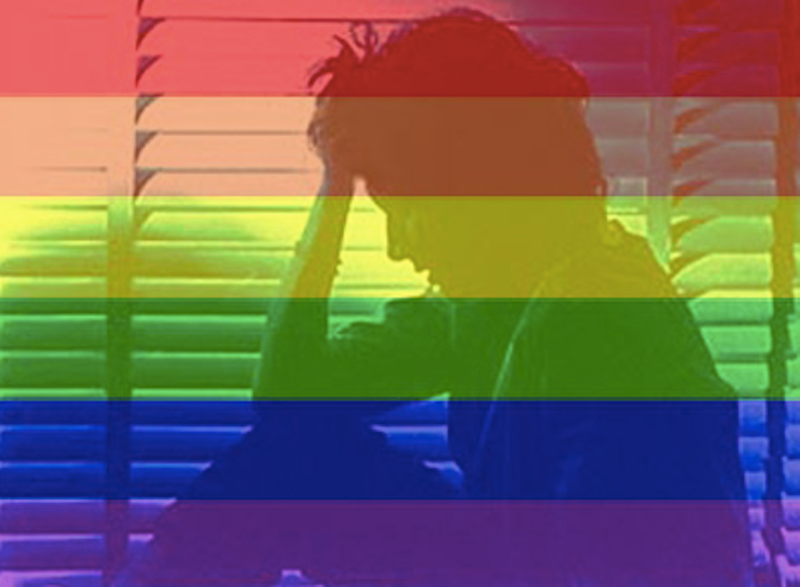 Bedford County is a pastoral county near the center of Tennessee. All hills, valleys, woods, rivers, and lakes, Bedford County is almost equidistant between Nashville and Chattanooga. On its southern border is Moore County, where Jack Daniels is distilled using spring water from a cave and charcoal made from local trees; on its eastern border is Coffee County, where the less well known George Dickel whiskey is produced in much the same way.

Bedford County doesn’t have a whiskey (though one can actually buy whiskey there—Moore County, where Jack Daniels is distilled, is a dry county). Bedford County is famous for the Celebration, the international contest for Tennessee Walking Horses. The county seat, Shelbyville, where I was born and grew up, has always had a stadium, and for a couple of weeks in August horse breeders and trainers from all over Tennessee, the South, the U.S., North America, and even Middle Eastern petro-states, Japan and Europe invade the county for equestrienne competition. If you own a home nearby you might rent it and go on vacation. If you have a yard or driveway within walking distance you likely rent it for parking. If you’re an aspiring small businessperson, or one of the rare wealthy people in this county of 49,000 souls, you might have a box at the stadium.

Bedford County has other distinctive features. It was a Union County during the Civil War, refusing to join the Confederacy. It’s the hometown of Clint Eastwood’s early girlfriend, the late actress Sondra Locke. It’s the location of The Webb School, the oldest continuously operated boarding school in the South, founded in 1870 by educator Sawney Webb, who believed a classical education was necessary to rebuild a new South.

It’s also near the many domestic content auto plants located in Tennessee where Japanese companies have for decades availed themselves of low priced hydroelectric power, low taxes, low crime, and a lower wage and price level, to add the minimum amount of domestic content to what would otherwise be imported Japanese cars. The Japanese became major sponsors of the Celebration. I was born and grew up in Shelbyville, and attended both local public schools and Webb. I left at 18 and never went back for more than a few weeks a year. I was almost never there during August after I left, so though my family for years had a box at the Celebration, I didn’t go near the stadium, now referred to by locals as the “Kawasonic stadium.” One year I finally drove by to see that it was the Calasonic Stadium. The Southerners were pronouncing the “L“ as a “W” as the Japanese donors did. Perhaps this was a case of stereotypical Southern politesse.

Last month a much less polite story came out of Bedford County. A 12-year-old boy, Eli Fitchley, died by suicide, allegedly because he was openly gay and he was “bullied by Evangelicals.”

Those are credible charges. The Fitchley family had immigrated to Tennessee from England and Eli’s mom and dad report there were students verbally harassing him. There isn’t any suicide note that sheds light on what Eli’s feelings or motivations were. His mother gives two reasons for why other students were giving him grief: “He was told because he didn't necessarily have a religion and that he said he was gay that he was going to go to Hell. They told him that quite often.”

This could be true, but it strikes me as odd. I was gay, though not “openly” gay in the same county decades earlier, and I was also from around age 11 an atheist, though not openly. In the seventh grade I bought two pairs of platform shoes, and wore them to school every day. In eighth grade I ran around with a copy of The Communist Manifesto and in the 10th with assorted Ayn Rand books. Various relatives pegged me as gay from the age of three or four. I had a stepfather who’d voice his hostility to me for being insufficiently masculine and uninterested in sports (until I won a regional algebra contest, which he decided to take pride in as an unexpected substitute). But I never thought about killing myself. I was more likely to have a fantasy about grabbing a shotgun and taking out my stepfather.

About the only conversation I can remember about gay people from those years was in the summer of the 10th grade after I’d started attending Webb, the private school. A handsome guy a few months older than me, who worked at the same supermarket where I had a summer job, asked if there were a lot of gays at Webb. At the time I didn’t think about why he was asking, other than that it was a common belief about Webb and fancy private academies generally. This teen died a few years later from AIDS. But I don’t remember anyone dying by suicide, including kids like me who were on occasion beaten up (not “bullied”) and who didn’t have woke liberal parents like Eli did. If we don’t want there to be more Elis we need to know why more kids die by suicide now than in previous decades.

The danger for suicidal teens is that a story like this will be spun to serve a political narrative in a way that occludes whatever we might learn about how to prevent teen suicide.

This happens more with stories involving gay people. My ex and I, in a different cultural climate, had a joke about how news stories were too often about “another tragic homosexually connected death.” Now news stories are too often about how someone is the victim of homophobia. Matthew Shepherd is etched into the average American’s mind as the victim of homophobia, even though it has become clear one of his killers was a former lover and he died because of a drug deal gone bad. For some months many people—including Joe Biden and Kamala Harris—thought or pretended to think that Jussie Smollett was the victim of a homophobic hate crime, even though one of his “attackers” was a former lover.

Eli Fitchley killed himself during the same month where end-of-year news stories reported on the growing flight from locked down, high tax states like New York and California for free states like Florida, Texas, and… Tennessee. The same month when Bette Midler was attacking the dumb hicks of West Virginia for electing Sen. Manchin, only to be embarrassed at her own display of ignorance when memes were created citing the fact that California and New York have literacy rates in the 70s, while West Virginia has a literacy rate of 86 percent.

On cue, a gay writer who only covers tales of homophobia, James Finn, wrote a piece asserting that we must get rid of Evangelicals to protect gay children. I’m waiting for it to be regurgitated throughout the gay press. The article is short on evidence or argument. It doesn’t, for instance, address the fact that the states with the highest suicide rates (according to the Centers for Disease Control and Prevention)—basically the mountain and desert west from Idaho and Wyoming down to Arizona and New Mexico—heavily overlap with the states with the highest percentages of people who have no religion. Nor does he tell us why Bedford County’s non-religious population grew (from 2000 to 2010) from about 15,000 to 25,000. But from 2005 to 2015, the annual number of suicides among Tennesseans ages 10-19 grew, erratically, from 30 to 50. What’s mainly interesting about his article is the voluminous reader reply section, where many big city and coastal readers make Midler-like comments about how they’d never live in these states, the ones to which so many are moving.

Epidemiologists do tell us that gay, transgender and non-binary kids (and adults) die by suicide more often than other kids. And transgender and non-binary kids do this more than “CIS gender” gay kids whose “gender identity” aligns with their biological sex. From the few photos of and statements about Eli, he does seem gender non-binary—long hair, painted fingernails, his mom says he liked to wear pink. Polemicists like Finn would stand on more solid ground if they blamed Republicans, not Christians, for the rise in gay teen suicide. Teen suicide went up in Tennessee while its population was becoming less religious, but it did flip from Democrat to solid Republican. Perhaps the gay activists should just target Republicans directly, without the proxy of the Evangelical boogeymen, who aren’t growing in number.

The problem is that even as Tennessee became Republican, and less religious, gay marriage was legalized there as in every other state, and any gay kid who wants to escape can still leave as I did, and now can even join the military (as well as the CIA or the FBI) if they have no other option, something they could not do back when fewer of them were dying by suicide. Tennessee now has gay rights lawyers, like Pee Wee Herman’s sister, Abby Rubenfeld, which it didn’t have back when suicide was less prevalent.

Perhaps the reason kids die by suicide now has more to do with being led into confusion by being told there’s no such thing as gender. (And then forced into association with others who strongly disagree in state monopoly schools, absent school choice.) That would be worth studying: it might lead to fewer deaths. But like so much other medical and scientific research today, any attempt will be censored and suppressed for political ends.

There’s much we aren’t doing, including asking people who seem suicidal if they’re in need of help, because we feel helpless and embarrassed. Lots of schools talk a good game of policing bullying at schools but don’t. Last year, I, along with every other teacher in wealthy and liberal Arlington, Virginia, had a mandatory diversity training, on Columbus Day, about “equity.” Equity consists of not applying the rules equally, according to the trainer. In one example it was said to be wrong to punish a gay kid for being late to class, because he had to hide in an empty room until after the bell rang. There was an unmonitored patch of hallway where he’d be beaten up by kids changing classes if he tried to get to class on time. To the diversity huckster this demonstrated that we can’t make black, gay and immigrant kids follow rules, because it would be unfair.

We need a free and competitive market of schools with family school choice.