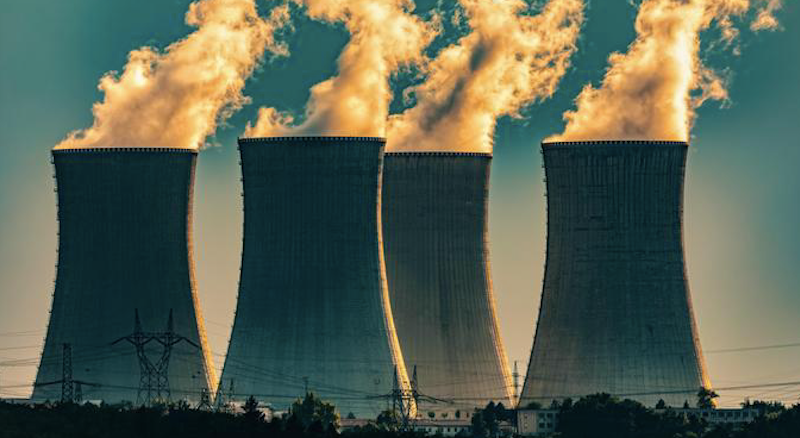 The German government made a colossal mistake this week in objecting to European Union proposals that would keep nuclear energy part of the bloc’s plans for a climate-friendly future. Germany—which is on course to switch off its remaining three nuclear power plants at the end of this year and phase out coal by 2030—considers nuclear energy dangerous. Germany wants to forge ahead with plans to expand its wind and solar energy efforts whereas neighboring countries such as France intend to modernize existing nuclear reactors and build new ones to meet its future energy needs.

France has it right. Nuclear energy protects air quality by producing massive amounts of carbon-free electricity. Those are not just the words of a center-right person but also Energy.gov. Even the U.S. government promotes and applauds nuclear energy production. So does Yale, which said in a 2018 report that “Nuclear power must be part of the energy solution.” Meanwhile, BostonReview.net says “Nuclear energy, for its part, can provide a steady supply of power for days without wind, sun, or batteries.” It’s an old talking point by critics of alternative energy efforts, but it’s true that “The wind does not always blow and the sun does it always shine.” As for battery capabilities, they aren’t there yet. That’s not to say researchers in the U.S., Germany, or some other nation won’t find innovations in batteries and storage technology, but the world has decades of data to show that nuclear energy can and does work. For example, nuclear energy was the source of about 20 percent of U.S. electricity generation in 2020. That’s more than double the 8.4 percent of electricity powered by wind energy. Solar was virtually non-existent, providing a pitiful 2.3 percent of total U.S. electricity in 2020.

Germany got 27 percent of its electricity from wind in 2020, more than coal (24 percent) and nuclear (12 percent). To phase out coal and nuclear would require significant investments in wind and solar, which provided just 10 percent of Germany’s electricity in 2020. It’s not impossible for Germany to build and install more wind turbines and solar panels in the coming years, but the question of location remains to be answered. Wind turbines and solar panels aren’t attractive. The same can be said for utility plants powered by fossil fuels. Still, there is only so much land to install wind turbines and solar panels, and I bet they won’t go up in ritzy German neighborhoods. Wealthy people don’t like being inconvenienced by eyesores. Even educated people live in denial about how things are made, where they’re sourced, and what negatives occur from their development.

Case in point: Mark Z. Jacobson wrote an article this year on what he considers the “7 reasons why nuclear energy is not the answer to solve climate change.” Jacobson warns of meltdown, mining lung cancer, and waste risks from nuclear energy development, while adding that “clean renewables avoid all such risks.” Hogwash. More people are concerned about meltdowns based on what they’ve seen in fictional movies and television shows or read in books than they’ve actually witnessed.  As for the health hazards, everything in this world comes with a negative. This would include developing and using wind and solar energy. Minerals and metals for turbines and solar panels have to come from somewhere (mining).

The jury is still out on whether people living near windmills experience what has been described as “wind turbine syndrome.” That’s an idea that wind power endangers the health of people who live near windmills, causing them ailments including headaches, nausea, sleep problems, and tinnitus. As for solar panels, the U.S. Department of Labor’s Occupational Safety and Health Administration (OSHA) says workers in the solar energy industry are potentially exposed to a variety of serious hazards, such as arc flashes (which include arc flash burn and blast hazards), electric shock, falls, and thermal burn hazards that can cause injury and death. Are we to assume that only U.S. workers experience these issues and not those in German?

Nuclear energy is far more beneficial than alternative energy platforms. It might cost a lot of money to build, maintain, or expand plants, but a few nuclear energy plants can power far more homes than hundreds or thousands of wind turbines and solar panels. That, again, is assuming the wind is blowing and the sun is shining.