The Idea of a Theocratic Age Frightens Me 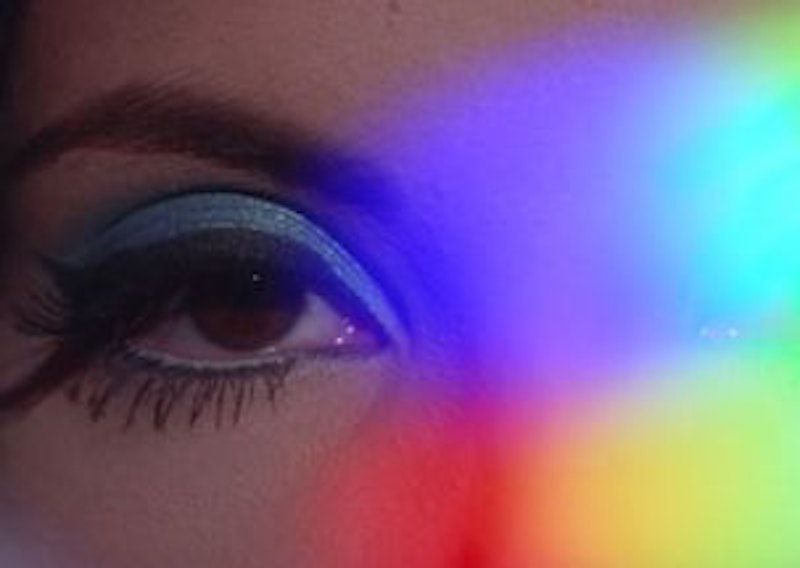 The first time I ever heard of the religious turn, I was reading Harold Bloom’s book The Western Canon. Bloom, in a Joycean moment that he somehow sold to his editors, maps Giambattista Vico’s hypothetical “cycle” of human development onto the history of literature. There’s a Theocratic Age, an Aristocratic Age, a Democratic Age, and finally an Age of Chaos. We’re apparently enduing the chaos right now, and according to Bloom, we’ve been doing so since the turn of the last century. My understanding is that the chaos simply gets worse and worse, over time, until finally the paradigm shifts again and we land right back where we started, with theocracy.

From a certain point of view, a cycle like this is an optimistic hypothesis. It’s eternal. It proclaims that our civilization will continue to exist, in one form or another, forever. That’s reassuring to a person like me, since I’m prone to worrying that the human race will bring about its own destruction. It’s also bewildering. As Bloom’s reader, I have to assume that he really believes this transition is imminent, even though it’ll sweep his legacy away completely.

What kind of a world will we be living in when the new Theocratic Age dawns, after all? Will it reserve a place of honor for Falstaff, the Shakespearean bon vivant on whom Bloom claims to model himself? Obviously not. Will it be an age that is receptive to, or even tolerant of, the kind of erudition that his literary criticism demands of us? I doubt it.

Consider what kind of pit Bloom descends into when he calls himself “Falstaffian.” Falstaff is a terrible person. He’s funny, indefatigable (until he passes out), and proud of the carousing other people do with him. He has redeeming qualities up to a point. Beyond that, however, he’s a parasitic, cowardly, deceitful old fool, with very little to show for his life. Try as he might to embody “life” or “the world,” Falstaff dies of excess and neglect, overmastered by his appetites and habits. There is a certain rakish appeal to identifying with Falstaff, to which I suspect nobody is immune. It seems like the tolerant, worldly thing to do, as if literature’s greatest pleasures consisted in forgiving every bad guy with a chuckle and a knowing smile. “The essence of Falstaffianism,” Bloom writes in Falstaff: Give Me Life, is ”do not moralize.”

That’s a heady motto, but Bloom hardly qualifies as an immoralist: ultimately, he wants people to read, a lot, and to think about their reading. That’s a moral stance. You have to believe that people who don’t read are missing something. For Bloom to overlook his own principles is strange, but also strangely typical of modern intellectuals who don’t have any idea where to turn or what to stand for. I just watched The Love Witch, a witty satire on gender relations; the professor in it, one of those unfortunates who “works on” the 18th century, is provoked into shyly confessing that he is a “libertine.” But libertines weren’t any better, really, than Falstaff—and what is he confessing to, anyway, besides a sort of lukewarm hedonism of last resort? I remember attending a party of graduate students where the ice was only broken once everyone started explaining what antidepressants they were on. It was a poolside glimpse of the circles of Hell, and I was all of one week into my studies.

Sometimes you encounter an intellectual who has already “gone there”: somebody like Marilynne Robinson, for example, who writes as many theological essays as she does prize-winning novels. Robinson proudly touts the lectures she’s given to religiously inclined audiences, even if most of those lectures turn out to walk a mild-mannered (and, by now, well-rehearsed) line between zealous beliefs and humanistic loyalties. Robinson is a stylist of genius, but she’s a huffy and hastily schooled version of a modern theologian. She’s so careful not to be wrong that she has basically ceased to be a Calvinist. Nowadays she isn’t much of anything at all, other than one more university stalwart who appreciates the life afforded her on campus.

This is the problem with the religious turn, when it’s reverent, and acquiescent, and on a low flame. There was a moment, within the humanities, when philosophers like Jacques Derrida, Alain Badiou, and Slavoj Žižek were all writing semi-religious “studies” of the monotheistic religions and their most galvanizing figures. That moment has passed without anyone noticing or caring particularly, but it was striking because it presaged some great shift in our intellectual center of gravity, even if it never managed to be the change it was prescribing (predicting?) for the world. Everyone knew this was religion at one remove, or several, and hollow at the core.

Academia isn’t the only place religion goes to die. Hillary Clinton’s Methodism is, simultaneously, both important to her sense of self and irrelevant to her political career. Bernie Sanders isn’t religious at all. Neither is Donald Trump, and there’s no mistaking how reckless and corrupt an oligarch like Trump can be when no tradition of any kind, except the courts, restrains him from within or without.

Meanwhile, the future has become a very intimidating place to dwell. In his essay “On Prognostication,” about our fear of the future, Michel de Montaigne quotes relentlessly from Horace, all to the effect that “sufficient unto the day is the evil thereof.” Horace writes that “our soul, happy in the present,/Cares not what lies beyond.” Montaigne greatly prefers the inward promptings of the spirit to the shadow-world of omens and signs. At the time, his serene humanism was something incomplete and worth dying for. It had to be created, then upheld against its inquisitors, under pain of torture and death. But hundreds of years have passed. The good life is in ruins. All that remains are people like Harold Bloom, clinging to ideals they don’t even care to justify or name.

Montaigne quotes Cicero spitefully: “These things are reciprocal, so that if there is divination, there are gods, and if there are gods, there is divination.” For as long as we have lived in the Age of Chaos, awaiting the theocracy to come, we have indulged in an obsession with the future. We may live in fear of China’s growing influence, or the changes in our climate, or the (supposed) disintegration of family values, or a shortage of potable water, or the threat of Islamist terror. Or, perhaps, you are awaiting the Singularity. It doesn’t matter; on both the right and the left, everyone talks incessantly about the world of tomorrow. And where there is divination, there are gods. They are currently just imitations of gods: superheroes, and queens who ride around on dragons. An entire world, pretending to want entertainment, goes trundling off to see Avengers: Endgame without knowing why. Some entertainment! It’s three hours of grief-stricken, lugubrious martyrdom! Or we pay for premium cable to watch the living get slaughtered by the dead. To watch Odin making war on Mr. World.

Religion is the anvil of new values. It’s the only point where solitude and solidarity converge on a common understanding. It’s the only tool we have for elevating a “sacred” text, despite all the thorny problems of revelation, meaning, and belief, above the needs of the body or the fetters of the past. The idea of a Theocratic Age frightens me. I don’t think it will be a pretty or a peaceful event. Furthermore, it’s unbearable when science fiction writers like Octavia Butler put the cart before the horse, and try fashioning a new faith (“Earthseed”) from whole cloth. But there’s no denying that the gods are beginning to arrive, and these things are reciprocal, as Cicero once prophesied. Or, as Ellis puts it, in No Country for Old Men: you can’t stop what’s coming. It ain’t all waitin’ on you.

—This essay was inspired by Michel de Montaigne’s eleventh essay, “On Prognostication.”