The House on Lake Avenue

A place that compelled you to cross the street and avoid the unexplainable. 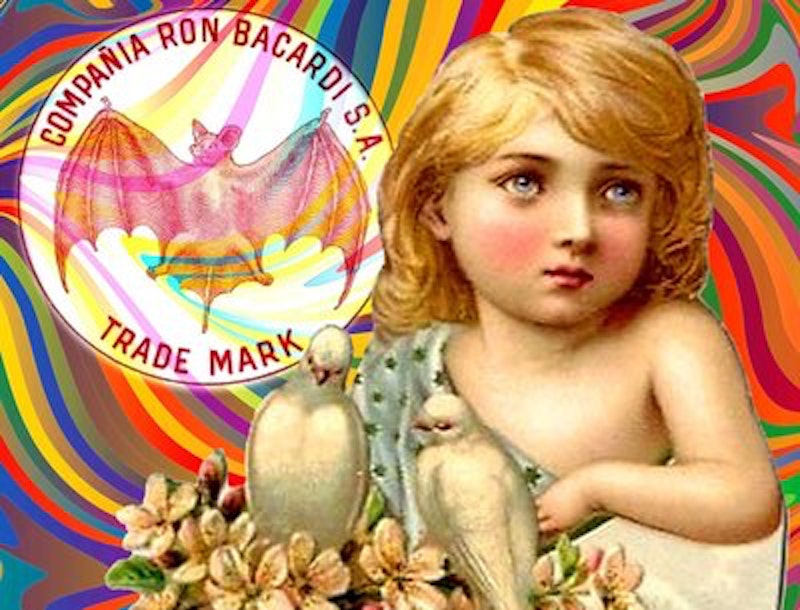 I remember the Victorian mansion on Lake Ave. Once stunning, it now stood alone, boarded-up, and vacant, lost amid a dense, overgrown brambly green. A creepy air enveloped the property, a place that compels you to cross the street and avoid the unexplainable.

Infested by insects, with vermin and varmints in the walls, it was enjoyed only by the feral cats who considered it home. Friends had warned us about the place, but we were just teenagers in the 1970s, and felt this odd house needed a thorough hands-on examination.

“The Orchards” was a neighborhood of well-spaced, pedigreed homes, quietly nestled in the earliest blueblood enclave of Baltimore, an impeccable urban countryside of velvety turf, with never an unkempt lawn, garden or hedge. Summertime’s sweltering humidity exhausted the gardens’ fragrant daylilies, their spent heads hung over the otherwise manicured lawns for blocks and blocks. The silence of the twilight’s fading light was disturbed only by a symphony of cricket chirps, firefly flickers and the sound of our bikes crunching over crackling pebbles.

Until suddenly, the diminishing light in the darkening sky took on a gloomy green hue, a strong gust of wind swept up, lightning lit the sky with a blinding bolt, and the temperature took a nosedive. We froze a moment, then quickly got off our bikes and ran the length of the long, gravel driveway. So bizarre. I was dazed as we tried to beat the rumble of the thunder chasing us.

Maybe it was just me, fresh off the probation of my previous indiscretion of playing hooky. Today, recovering from the latest all-night party—burnt-out after doing two hits of windowpane, or was it microdot?… and three grams of hash. Sure had fun showin’ off my new, messy shag haircut and doing Jagger cock-strut impersonations. But I was also stoked at the chance to hang out with my badass, junior high school buddy, Tommy.

We stashed our wheelie-popping, sissy-bar, banana-boat seat, Schwinn Stingrays in a sheltered grove of pine trees surrounded by sticker bushes. Young men on a mission, we were ready to dive into this illicit expedition. The house bore deep scars from previous pillaging and ransacking. Every taker who ever took, did. It was pre-Neighborhood Watch, Citizens on Patrol, Slomin’s Shield, and surveillance camera use, but we knew a nosy neighbor’s phone call would bring… “The Man.”

Too late to chicken out, I responded, “Yeah, sounds great,” as I got it together and nervously followed him, crawling through a broken window on the first floor.

Like Egyptian tomb-raiders, we transcended into this forgotten time capsule. Inside, we discovered a helter-skelter mess of a maze—stuffed to the max, and waist-deep in books and clothes, furniture piled floor to ceiling high. The beautiful remaining daylight, with the occasional lightning flash, filtered through haphazardly hung Venetian blinds.

Our flashlights criss-crossed the cluttered paths of trampled draperies, soiled checkered tablecloths, rolled-up carpets and photographs of pretty women. Certain sections of the house were so iffy, you ran the risk of falling through damaged floorboards. Talk about trippy.

We rummaged our way through winding hallways and into a mahogany-encased room. The air was steeped in a chilling, musky funk, reminiscent of The Reptile House at the zoo. Surrounding us was something really disturbing, bookshelves full of preserved “science lab” animal specimen jars, some of them broken, and dripping a sappy, yellow substance. “How did they escape?” I eerily thought to myself.

Then, I had the bewildering and uncomfortable impression that we were being watched. A finger of cold air tapped my shoulder, I thought, “Tommy?” But it wasn’t. An energy from another world emitted from the chemically preserved animals, their glazed eyes following our every move. Through thick layers of cobwebs, the hermetically-sealed animals’ wet, furry claws reached out for us with an “I feel you.” Just the kind of thing that can darken your day.

Transfixed, our fear grew. Adding to the residence’s obscure past was an unspoken, hidden history that cast a long shadow: a grisly murder, in May, 1972. The son of the late, eccentric biologist and zoology professor who’d lived there, was lured away from the house—his body found nearby in an abandoned car. The murder remains a mystery to this day. In the aftermath, the estate was mired in a tangle of litigation. There was no written will, and left in limbo—the property became a prime target for vandals, scavengers, and other five-finger discounters.

We crept up creaky wooden stairs to what must’ve been a little girl’s room. The walls were covered in candy pink satin Damask wallpaper. Piled high on an intricately carved 19th-century canopy bed, we found armfuls of pleated skirts, chiffon and lace blouses, blue ribbons and genteel silk undergarments. With a flea marketer’s expertise, our exploration continued, not collecting as much as looking.

The storm passed and an opening in the roof now illuminated a moonlit hallway. That’s where I found the envelopes. Dozens of tattered, gray wrappings were scattered across the floor. Inside each were die-cut children’s stickers—vintage, European lithographic ephemera. Every one printed in high-quality detail, none larger than two inches. To me, this discovery really increased the esoteric factor of Lake Ave.—now we had a “party” going—sans Alice in Wonderland.  The bizarre guest list included: a blue emu, cherubs with white doves, walking vegetables dressed as kings and queens, a hungry wolf stalking Little Red Riding Hood, heads stuck on broomsticks, multiple Marys holding baby Jesus, and various stages of the Crucifixion in gory red glory.

Roaming from room to room, our dirty hands glided along peeling coats of paint and torn wallpaper walls. Then, sinking beneath the shadows, we descended into the true darkness of the basement, where the smell went from musk to mildew. I hesitated for a moment, and made my way down the steepest set of stairs, stumbling over some broken Depression Era furniture. We focused our flashlights on a far corner and spotted a sump pump, and next to it, a well filled with water.

Zoom in from behind, our bold duo in Peanuts and Viceroy ultra-low slung, bell-bottomed blue jeans, our skinny-ribbed tees barely tucking in, we bent over and stared into the hole’s blind abyss, exposing our youthful plumber cracks. Hidden deep, down in the dark, cold water were dozens of liquor bottles—including one rare find—a 150 proof Navy Cut Rum with a raised glass imprint of the Bacardi Bat.

Immediately, Tommy cracked the seal, popped the cork cap, took a small sip, then a bigger swig, hesitated a second to catch his breath, shot me a look, and guzzled. I quickly snapped back “The Bat,” ending his bogart and finished the bottle myself! We staggered back to our bikes… loaded.

Not long afterward, the house was torched by arsonists, reducing the property to charred remains. Today, Lake Ave. is less one estate. In its footprint is a well-kept lawn, trimmed bushes and a few young trees. There’s no trace of what once was a house, a home buried beneath secrets, and no need to cross the street.