I need a guardian angel! 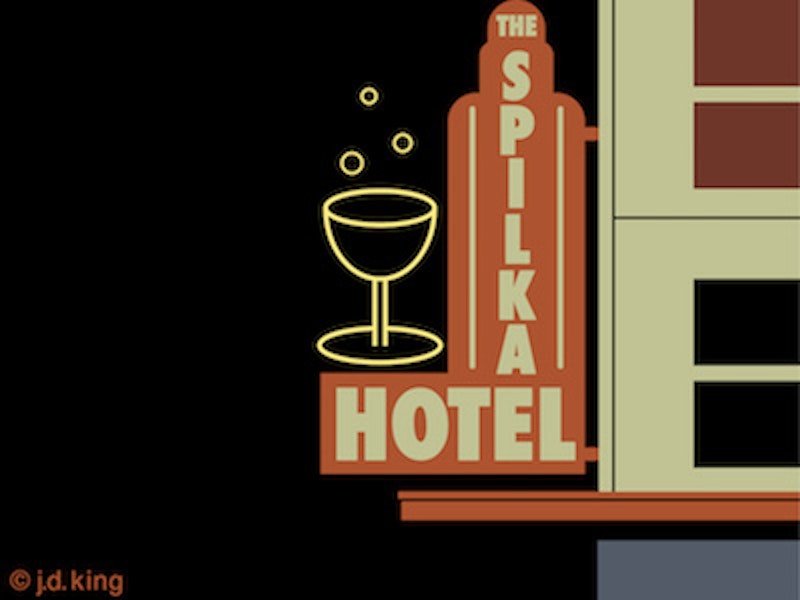 A serialization of the novel The Sound and the Shadows. Last week’s post is here.

When Corrina pulled the trigger she had no idea what to expect: Heaven? Hell? The Great Void? Black? White?

All she got was the surprise of… silence broken by birds chirping. She squeezed the trigger again, and it broke off, falling to the earth.

Furious, she raised the shotgun above her head with both hands and threw it to the ground, whereupon it fired, the explosion startling her onto her butt.

She swung at air and screamed, “GODDAMN FUCKIN’ HELL!”

The suicide email sent, her place was sure to be swarming with cops and EMTs momentarily. She couldn’t afford the luxury of sitting in the garage with the engine of her old pick-up on, patiently waiting for carbon monoxide to do the trick.

Davy’s words had cadence and clarity. “I remember that day so clearly, the sun playing on your hair; dancing, really. For the moment, all was in such focus I could almost count every strand before the sun hid behind a cloud. Remember that day? On the Cape? No one else around, just us and the ocean. It was treasure. And since then? The indignities of life compound.”

No patience for Bernhart, Davy had closed the door, gently, on him and his sparkly teeth, turned and sauntered upstairs, got in bed with Darlene; time for conversation, relaxation, a pot of tea and lemon on the nightstand. In walked Esmerelda: ashen, blank-eyed, gamy, traces of dirt, leaves and twigs stuck to her.

From the closet, Mrs. Lattimore stepped forth and took one of Ezzy’s hands. The pair danced a minuet. In the hallway outside the bedroom stood golfer Mike Moran, John the Baptist, redhead Veronica and detective Mark Fisher. Behind them, necks craned to watch this danse macabre, the four adolescent cyclists.

Darlene said, “Gross! Davy, make ’em go away. They creep me out!”

He closed his eyes. When he opened them the horrors were gone. But so was Darlene. Ghosts gone in a blink. Time to get up, face the new Oh-hi-oh day and shave. Three times. New blade each time. Davy, dressed in a charcoal gray suit, stepped into the morning, sunshine filling his lungs, filling him with love for the world. (Or maybe those love-vibes were the bennies he swallowed a little while ago? Nevertheless, devotion for all of humanity surged through him like lava.)

Patrol cars glided up and down the leafy street. He didn’t have to go far, just to the end of his block, before he saw a policeman making his rounds on foot, a few concerned citizens quizzing him about progress in the murder cases. Davy strode right up to the cop and said, “When are you assholes going to arrest the fiend who committed these atrocities? Why don’t you jerks do your fucking job instead of swanning around in your silly uniforms and your fancy cars? Why don’t you jokers start earning your pay?”

An old lady said, “That’s right, copper! The man’s speaking the truth!”  Egged on, Davy continued, “You have a job. Start doing your job! We’re paying you plenty so you can retire on a pension fat enough to match your pompous ego. You clowns make me sick.” He walked away to cheers, the cop fuming, unable to play a tune on Davy’s head with his nightstick, not with all these witnesses.

Settled into a booth at The Nosh Nook, a cup of coffee warming his hands, Davy was approached by a man who said, “I saw you!” Davy froze. “I saw you tell off the stinking rotten cop! Good on you! Those bums ain’t done squat!” Patrons in neighboring booths, sitting at the counter, turned, smiled and nodded their agreement.

Davy, feeling every inch the hero, bowed his head with perfect false humility, collected his thoughts, and prepared to lurch into an amphetamine-fueled spiel when a woman stuck her head in the door. “Hey! They found a gun! In the sewer! They think it’s the same one the killer used on our boys!” A collective gasp filled the restaurant. Cheers erupted! Davy’s own pompous ego sagged like an inflatable snowman on a Yuletide lawn that’d been pierced by a prankster’s arrow. Everyone got up and ran out, suddenly infatuated with the police force, eager for what light their beloved law enforcement officers could shine on this news.

He sat there for a minute, stunned, staring out the plate glass window, before hurrying to catch up with the happy mob, afraid that doing otherwise might cast suspicion on him.

On the street, Davy saw the cop he’d told off minutes earlier. The cop looked him dead in the eye and mouthed, “Fuck. You.” Enraged, Davy looked about, saw a Louisville Slugger sticking out of a garbage can. He grabbed it, and in one fell swoop knocked the cop’s block right off. It flew into the street, bounced twice, then rolled downhill like a bowling ball, the rest of the man slumping to the sidewalk.

“Shit!” Davy thought, “Now I’m really in for it! I need a guardian angel! Nothing less can save me now!” Over his shoulder, he saw one, as beautiful as he’d remembered from old photographs, her Afro now grayed. You can’t beat that bone structure! She was still Angela Davis: that smile, those eyes! She said, “Follow me.” They trotted down an alleyway, he carrying the bloody baseball bat. They came to a tarpaper shack, something that could’ve been dropped in from backwoods Georgia or the outskirts of Watts. Inside they were met by a handful of Panthers in black leather car coats, shades and black berets. A potbellied wood stove took the chill out of the morning air.

Davy said, “How did you people wind up here, in Evendale?”

“I’m not arguing that. But why Evendale?”

“Never you mind,” said Angela. “Toss that baseball bat into the stove. Ditto your clothes.” Davy looked down and noticed that his shirt, tie, jacket, pants and shoes were splattered with gore. “Jesus...” he said. After sticking the bat in the stove, he stripped down to skivvies, tossed his gear into the inferno. “Underwear, too!” said Angela. Davy saw that blood had soaked through to his boxers, t-shirt and socks as well. Standing naked before the fire, it fueled in part by copper’s blood, Davy was handed a pair of overalls. She told him, “Don’t put this on until you bathe in the pond.” There was blood all over his chest and groin. “Head out the back door. Now get, boy!”

“Do as I say, and you’ll be fine. If I’m shittin’ you, I’m J. Edgar Hoover.” He said, “You’re a funny girl. I like funny girls,” before scooting out, running along the alley, it turning into a meadow where he found the pond, dove in, swimming beneath its surface, at one with the cool world of fish and frog and turtle. Stepping out, cleansed, he shook himself dry, donned the overalls.

Morning became twilight, lavender suffusing all, the moon hung low, full and freakishly large. To its right, Saturn, clear as a bell. Both orbs were so big he felt he reach out and touch them. Jogging, he saw that the meadow was, in actuality, an enormous chessboard, horizon stretching in every direction. On one hand, he was filled to the brim with thrilling wonder; on the other, mildly annoyed that it was a Hollywood version of a dreamscape.

He ran all night, never tiring until he arrived home at the mock-Tudor, vowing, “I’ve got to leave Evendale. I need to get back to Oneida County, back to central New York...”

That very day, he emptied his bank account, got in the Mustang. After filling the tank, he bought a case of Beefeater, sat it shotgun, drove east and north, guzzling gin from the bottle, passing through Columbus, Akron, Cleveland, leaving dreaded Ohio in his dust, nipping the upper left corner of PA, through Erie. His pulse quickened crossing the NYS line: Buffalo, Rochester, Syracuse...

Despite the tedium of the trek across the Rust Belt and into the pit, the sinkhole of central New York, he didn’t turn on the radio, he didn’t listen to anything but the sound of tires eating road, blood rushing in his ears. In Utica, he parked on Stark St. and booked a room in a fleabag, The Spilka Hotel: a bare bulb swinging overhead like a hanged man, a small iron bed, a dresser with drawers that stuck when you pulled them open, and never quite closed when you pushed them in. In one drawer, a well-worn Gideon Bible; in another drawer a deck of nude woman playing cards, there for solitaire. A faint scent of urine and beer lingered; the linoleum cracked and peeling, he didn’t dare walk barefoot.

Lying in the dark, under a thin wool blanket, he overheard two annoying drunks arguing the entire night about nothing:

“You wouldn’t know the truth if it bit you on the ass.”

“You’re a douche. Remember that day when you...”

On and on and on until dawn, when Davy realized that the voices he’d been hearing were his. Going out for coffee, he was greeted by the trash-blown grim-gray streets of Utica. Was it Tuesday? Friday? The Arterial, Utica’s main thoroughfare, a dry river dividing the abandoned city in half, rushed past him, angry commuters honking, tailgating, cutting in front of each other just to annoy the other guy. Holy Trinity Catholic Church loomed, mute, on the other side. Davy wandered the forgotten neighborhoods of dreary two-story houses, curtains pulled tight, shutting out the sights of dead trees and unconscious winos and glass shards, until he found a coffee shop, stumbled in. Faces turned to him, etched with hostility. One said, “And just who the fuck are you, stranger?”