Environmental Wreckage in the Trump Era

Maryland's recent fracking ban is a reminder to keep fighting. 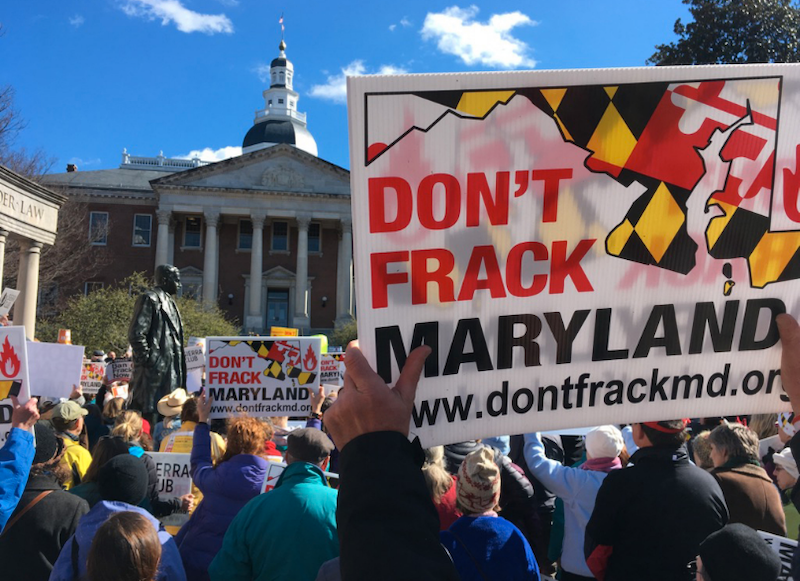 Like most people concerned about the environment, I worry. Sometimes the worry lingers in my subconscious, but other times it’s just staring me in the face when I wake up and read about another push to scrap environmental protections. Scott Pruitt’s confirmation to head the EPA was a really low point.

But finally, last week, there was victory. The Maryland House of Delegates passed the “No Fracking” ban 97-40. With all the depressing news about environmental cutbacks, this was a hard earned win.

The General Assembly's 2015 moratorium on fracking in Maryland was set to expire in October of this year. Many believed that Allegany and Garrett were the only two counties in which fracking would occur, but this just isn't true. Delegate Johnny Mautz, my county delegate, who, to my dismay, abstained from voting, assured me at the Sierra Club Lobby Night in Annapolis several weeks ago that there would be no chance of fracking on the Eastern Shore.

Maybe someone should tell him about the report published by the U.S. Geological Survey that sees things differently. Its findings state that there are plenty of shale basins along the East Coast, notably the Delmarva basins, where there is "likely recoverable shale gas in quantity." Other basins include the stretches south from the Pennsylvania border, passing beneath Frederick; the Taylorsville, which stretches south from Annapolis to the lower Potomac; the Delmarva, which consists of several separate rock formations beneath much of the Bay and the Eastern Shore; and the Culpeper under western Montgomery County near Gaithersburg and north to Frederick. So, there is a possibility that no one may be spared and the cumulative effect is far reaching.

Even if it’s contained in Western Maryland, issues such as unresolved health problems, exploding well platforms, and contaminated well water containing 17 times the methane that is considered normal would be a disaster for all Marylanders. Garrett County’s tourism industry would drop off, their high-end vacation housing market would plummet, the wild landscapes and wildlife would be impaired, and worst of all, 75% of the chemicals used in fracking could cause tremendous harm to humans. Consequently, all Maryland taxpayer dollars will be paying to clean up the dirty mess.

But some companies forged ahead. Dominion Cove point in Lusby, Maryland, a liquefied gas terminal outlet and the first built on the East Coast, is almost completed and ready to start exporting gas to foreign countries. It will emit 22.5 tons of pollutants into the air each year that would cause increased respiratory and cardiovascular diseases. Dominion purchased emission credits that allow the company to expel more pollutants than would normally be allowed along with exorbitant amounts of greenhouse gases. This is unacceptable, and the movement must continue to move forward as it heads to the Senate for a vote.

Nowadays, it seems there is a neverending plethora of issues that people are embracing, transforming them into personal causes: immigration, healthcare, tax reform, the list goes on.

But all those can be reversed. The damage to our land, our air, and our water cannot. We only have one chance, one Earth, one Maryland. I worry but I’ll continue to hope.