Just don’t do it. 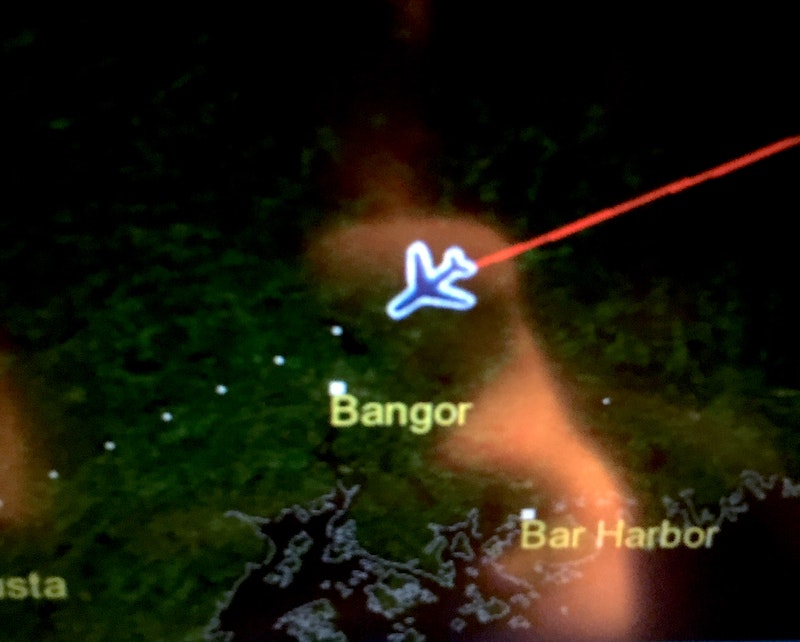 “Look, don’t blame me—I didn’t vote for the guy!” The fat man next to me in customs guffawed at his partner, spittle dribbling onto his crusty gray beard. The husband and wife in front of me were obviously upset but tried to hide it. They immediately went tense when politics came up, and the man looked down at his wife as if to say, “Fucking faggots, right?” She looked up at him in wide-eyed, adoring submission, one of those traitorous white women who voted for Trump because he reminded them of their husbands, fathers, and bosses. They confused being an asshole with being a good boss. Confidence—yet they had none. Or they wanted to keep quiet, smiling, savoring the flamboyant liberal being inconvenienced and flustered. That’s scarier to me than anyone in Washington or the White House, the people in this country with extremely traditional values. Patriarchy, misogyny, marriage as ownership of women, white white white.

I’d just gotten off a 12-hour flight and got woke when I read a few DeRay McKesson tweets when we landed. Of course these things come into focus all at once sometimes, it just takes a match. I wasn’t returning for any particular reason, I would’ve liked to have stayed longer. But I missed Monica. I wanted to get home to my wife and spend time with her instead of doing drugs in the red-light districts and remembering when I tried to order a hooker by calling room service when Monica and I were taking a break in the early-1980s. I was far gone on some stuff that was like cocaine, but wasn’t… it was like coke, but a little extra, you know? [ED: After a four-hour phone call, we’ve concluded that Rooster is referring to crystal meth]. It was coke, but more. A little extra something is always nice.

I just about busted up on the guy next to me on the flight home. Christ, he was a serious normcore trog as my cousin Bennington likes to say. We had a pitstop in Bangor, Maine—someone famous lives there, I’m not at liberty to say—but this guy was supposedly going to visit him. He was schizophrenic and needed to be restrained, tazed, and sedated when we landed and he jumped out of his seat and tried to open the shuttle door and run away. Glad he didn’t steal any of my medication except the Dulcolax when I was taking a nap over the Atlantic. Once he was gone, I listened to Skepta with his Sennheisers instead of playing it out loud through my phone. There are no rules in economy class. Have you ever seen a plane get de-iced? Oh my. It’s… well, now I’m blushing. They spray this liquid all over the plane, and when it runs over the windows, it turns this ice into this thick white milky viscous stuff, umm… I was uncomfortable and complained, so I was given special privileges on the connection to Fall River.

I flashed my spur claws to everyone that approached, and the entire plane hated me, which was fine. I was griming, I was jamming. So what, who cares? Just don’t read over my shoulder. It really bothers me. For anyone that’s wondering, I borrowed a couple of Monica’s Stephen King books just to see what this guy is all about. I mostly read It, but the rest of these dolts were reading 1984, probably for the first time. “It’s actually a non-fiction book.” El-oh-el. You ever play Halo 2? I don’t have the laser sword—I am the laser sword.

Anyway, I’m not allowed to fly on Southwest anymore. Other airline recommendations would be appreciated. You can tweet suggestions at me using the handle below. Thanks. Until next time, Benn—I mean, Rooster Quibbits out!