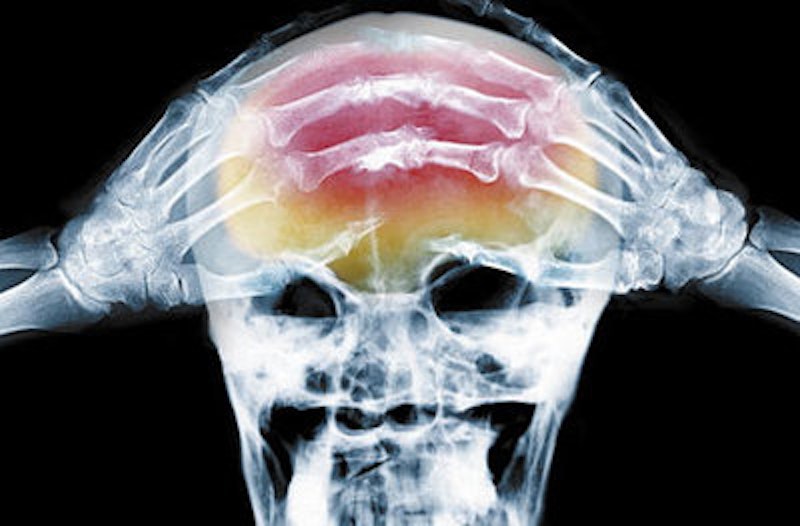 I get really bad migraine headaches. Sometimes I wake up with them, and sometimes they hit me in the middle of the day. Most times I don’t see them coming. But when they come they can last for hours. Or days. Or in the worst case three days.

The headaches started when I was 16. I used to call them “basketball headaches” since I got them after playing basketball. It started with tightness in the back of my neck. From there I would feel a throbbing on one side of my head. One of my eyes would dilate and I’d find myself squinting. I often became dizzy and nauseous and sometimes I’d throw up.

The headaches increased in frequency during college. Typically, they’d come after I completed a mid-term or final exam. Lack of sleep was a factor. So were poor eating and too much coffee. For some reason, I remained headache-free during a period of stress. It was only after the stress was gone that the migraine happened.

While most headaches are caused by artery constriction reducing blood flow to the head, migraines are considered dilation headaches. They occur when arteries dilate and too much blood flows to the head. Post-stress relaxation increases blood flow and triggers a headache.

After I graduated college, the migraines diminished in frequency. But they increased in potency. I was working on movies and the long work days combined with poor eating was a lethal formula. The migraines became so bad they actually blinded me for short periods. Soft sounds resembled air horns and smells were overpowering.

Aspirin did nothing. I considered pharmaceuticals but after talking with doctors and fellow sufferers, I learned that migraine medicine was largely ineffective. In my late 20s, I discovered the curative power of ice. When migraine symptoms appeared (dizziness, visual sparks, sensitivity to smell), I’d lie on an ice bag, shut the curtains and pray for sleep. If I “caught” the headache in time, this would keep the pain at bay. When I awoke the next day, the migraine would almost always be gone.

Other factors were involved. Like weather. Migraines often came on hot summer days or when there was an increase in barometric pressure or humidity. Altitude was also a factor. On one occasion, I drove with friends to Aspen, Colorado. We took Independence Pass, a mountain road weaving through the Rockies. As we reached 10,000 feet, I sensed the signs: nausea, sensitivity to light, tightness in the back of my neck. When we arrived in Aspen, my head felt like it was going to explode. I took a hit of pure oxygen (as recommended by a local) and within minutes, the migraine was gone.

At 30, the migraines spiraled out of control. I was working for a company that manufactured music on CD and I found myself suffering migraines three-four times a week. I took long lunch breaks in an empty office and lay down in a dark corner. The owner of the company was a good friend and he insisted I take a week off and stay at his vacation home in the mountains. After two days at his home, the migraines disappeared. Somehow, the peace and quiet had a positive effect.

I remembered reading about Kareem Abdul-Jabbar, the great Lakers basketball player. He suffered from migraines for years. He started yoga in the early 1980s and was able to reduce his migraines from several times a month to a few times a year. I took up meditation. I learned to regulate my breathing, to isolate the thoughts and images in my head and let them go. My meditation instructor taught that the body had wisdom. He asked a poignant question. “What are the migraines trying to teach you?”

I contemplated the question.

I’d always slept five-six hours a night. Perhaps the migraines were forcing me to lie down and procure more rest. I was also a bit high-strung, prone to worry over life’s minutiae. By focusing on my breathing, I stopped thinking about the past and future. The migraines forced me to let go of my anxieties and focus on the moment.

Mother Teresa taught that the most important moment in life is your last breath before you die. She said that one’s state of mind at this moment dictates the death experience. Will you have a graceful passing or will you die in conflict and turmoil?

I’ve often felt migraines are like practice for dying. They can’t be willed away. The only successful action is to surrender and to embrace the experience. You must learn the wisdom and power of letting go. I still suffer from migraines. Thankfully they’re not as frequent as they once were. Whereas I once viewed migraines as the enemy I’ve come to realize they are a strange gift in my life. They remind me to breathe and to slow down and to embrace the here and now.