Conners had never played golf before, but he was a natural athlete and was willing to give it a shot. 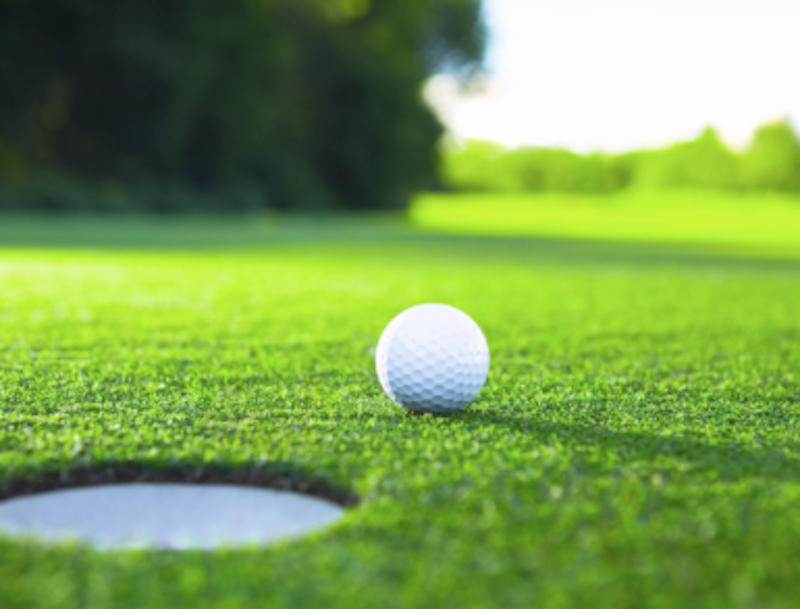 Mike Conners knew he wanted to be a golfer. What he didn’t expect to find was a ghost haunting the fairways. Conners started golfing at the advanced age of 30. He was a newly-appointed supervisor of 17 floors of carpenters at New York Hospital and his sister, who’d just given birth to twin boys, had almost died during her delivery. He was frantic from work and worry.

A carpenter Conners worked with suggested they play a round of golf as the answer to his tension. Conners had never played golf before, but he was a natural athlete and was willing to give it a shot. They went up to the Mosholu golf course in The Bronx, which was then 18 holes. In his first round Conner golfed a 98.

"Guys spend years trying to break 100 in golf. My first time around Mosholu I felt the Celtic underpinnings of my Irish soul being stirred. Time disappeared for five hours and my friend was right. I found golf was great for dealing with stress," Conners said.

He bought his first set of clubs from a pawnshop on 19th Ave. for $10. He promised himself that when he broke 80 he’d buy a new set. He figured that would take him a few years. Three months later at Dunwoodie Golf Course in Yonkers Conners broke 80.

"80 is an incredible score for a new golfer. I knew I was on to something. Golf rubs reality really thin. It's the only sport where for five hours it's just you and a ball. I mean where else but a golf course can you walk around with a bag of sticks chasing a white ball and not be considered crazy."

Now he had the golf bug. He’d leave his Bronx apartment at 4:30 a.m. and get in a round at Mosholu before work. It was then he saw the ghost of golf. The Ghost is a grizzled old man who walks in and out of the woods with only one golf club. He always has an unsmoked cigar in his mouth and rarely talks. He'll just pop up in different fairways, play a hole, and then fade back into the woods. He'll appear a few holes later chasing another golf ball.

“I have no idea who The Ghost is but that’s what all the golfers call him. He’s like a mascot of Mosholu.” Conners said.

Connors started to work his own golf scam. With a wife and two kids golf was becoming expensive so he’d pay for the early morning round on the way out and when he came home he’d use the same ticket for a second round before he went home.

"I got good because I played a lot. Whenever I took my two boys out for a walk I would go around the neighborhood holding a pitching wedge. I was like Bob Hope without the stage. It was amazing because the boys and I would always wind up somewhere long and green and I’d be able to pitch while they ran around.

"I did most of my golfing at Mosholu. It was an easy 18 holes back then. A perfect place for a beginner. It's now a hard 9. To get into Mosholu you walk right under the el. You enter through this real urban Bronx scene and in a few holes you disappear into the pastoral beauty of a golf course.

"Mosholu is filled with characters. Guys like The Ghost popping in and out of fairways. People look at golf like it's a sport for rich white guys. Not at Mosholu. Half the players are black or Puerto Rican and everyone got along great. You have to because golf is such a hard game you want to be nice to the fellow next to you struggling with the same game."

Conners kept at it and got his game down to a six handicap. He started writing about golf for a small Bronx publication and studied the game’s history.

"In 1604, in Scotland, a guy named Robert Robertson was hung for daring to play golf on a Sunday, the Lord's day. I don't know of any modern amateur players of any sport who’d risk hanging to play a game. But I know plenty of golfers who, if those laws from 1604 Scotland were enforced today, would risk hanging to get in a round of golf."

Conners told me about a recent round he’d played at Mosholu. Before he started he went to practice his putting. The putting holes sit right under the el train on Jerome Ave. The #4 train pulls in with its screeching brakes. Underneath, cars honk and drivers curse at taxis making illegal u-turns. None of this bothered Conners. He was trying to sink a 25-foot putt.

He bent down for his ball and saw a man pull up in a brand new BMW and get out with a set of clubs that had to run him four figures. The man started practicing his putting on the hole next to Conners. He could see the man wince every time a train pulled in to the station above.

The two golfers wound up talking and agreed to play each other for the nine holes. They’d bet a few dollars on each hole. Conners was tight for money but figured he'd be all right since it was his home course. The wealthy guy had a tight swing that looked like it was bought with many lessons from a golf pro. He also claimed a two handicap. Conners knew the guy hadn't played at Mosholu much. His tan line didn't end where his short sleeve shirt began.

Conners won the first three holes. At the fourth tee the fairway runs parallel to Gunhill Rd. From the tee Conners and the man could see a car on fire on the street and firemen running around trying to put it out. The guy's jaw dropped. Conners set his ball up and said, "Well, I guess after playing here the idle banter on the first tee at your country club won't bother you anymore."

The man grimaced at him and barked, “Let’s go, just hit the ball.”

The game went on and Conners won the first seven holes. The guy insisted they double the bet for the last two holes. Conners drove off the eighth tee and went to his ball. As he approached it The Ghost came running out of the woods.

"Mike, Mike! Did you hear? They shot Kennedy!" The Ghost grabbed his arm.

"You mean JFK, Ghost?" Conners figured The Ghost was living in some time warp.

"No, man! They shot Teddy." The Ghost moved his unlit cigar to the other side of his mouth.

The rich guy approached them and said, "Teddy got shot? Good riddance."

Conners turned around to ask The Ghost something but he’d already jumped back into the woods. He nervously approached his ball and shanked it. He lost the hole. He couldn't get the image of Teddy Kennedy being shot out of his mind. He lost the ninth and last hole and had to pay up. As he went to his car, Conners thought he saw the rich guy by his BMW laughing with a guy who looked a lot like The Ghost.