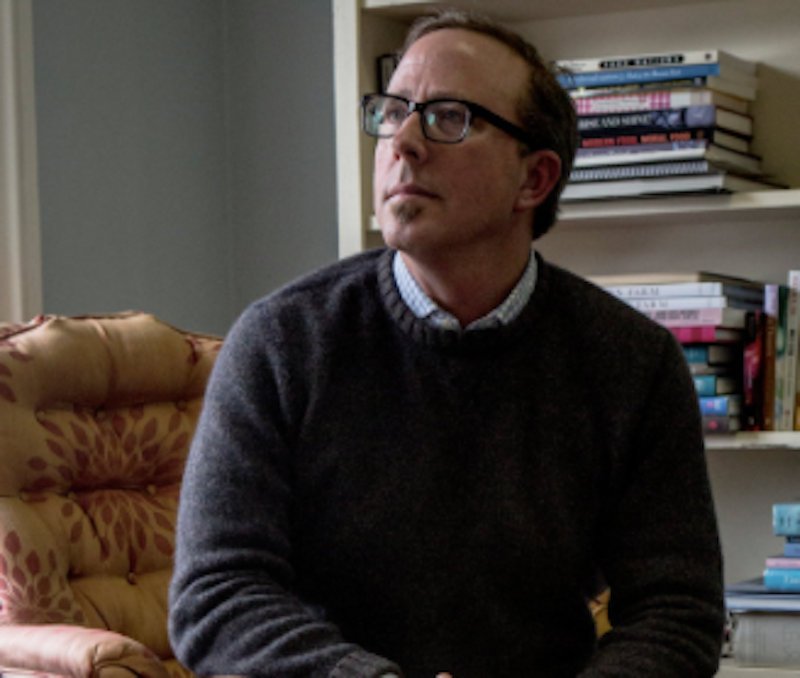 In recent weeks, prominent members of the food media such as Adam Rapoport, former editor of Bon Appetit, and New York Times food columnist Alison Roman, have been charged with racist behavior. Rapoport was forced to resign when a brownface photo emerged, and Roman took heat on social media for disparaging the careers of two Asian women, although there was no evidence she was singling out Asians in particular.

John T. Edge, the politically progressive founder and director of Southern Foodways Alliance, is now facing pressure to resign. SFA, a part of the Center for the Study of Southern Culture at the University of Mississippi, is an influential institute and media outlet dedicated to the study of the foodways (the processes by which culinary traditions and customs evolve) of the American South. Edge hasn't been tainted by any particular scandal. His job, which he's held for 21 years, is in danger because he’s embroiled in a battle over who’s permitted to tell the stories of the origins of Southern cuisine, a history that black people helped shape. A recent New York Times headline referred to Edge, 57, as a "white gatekeeper of Southern food," which provides a hint on how the story's spun.

Edge sparked a controversy in June while participating in a James Beard Foundation webinar addressing the question, “What is food writing’s role in a divided nation?” Jamila Robinson, food editor at the Philadelphia Inquirer, asked the author of Potlikker Papers what organizations like SFA can do to bring about the radical change that’s needed for "equity" in food media. Edge responded to that loaded question that changes need to come, but they’re going to be gradual. "Gradual" turned out to be the wrong word, even though Edge discussed the final step like this: "And the next step is the editors are black and the power that controls the media is black, and people of color, and women." Edge had laid out a path for minorities to control food media, but that wasn’t enough. The "gradualism" he called for has been interpreted as an embrace of the white male status quo that's anathema to the intersectional Left.

The "equity" that Robinson spoke of is a relatively new political term on the Left that refers not to equality of opportunity, but rather to equality of outcome, regardless of qualifications for the job. It’s an anti-meritocracy approach meant to guarantee minorities greater representation in the workplace, thus righting the wrongs of the past.

The webinar appeared as a discussion of how Southern food culture could play a role in healing society in the current tense racial climate, but it ended up looking more like John T. Edge becoming the latest statue that had to be toppled. The third webinar panel member, Tunde Wey, a black chef who once wrote that Edge would lose his job "unwillingly by force and with shame” if he didn't resign, asked Edge to step down so an African-American woman can take over. Some saw this as a provocateur taking a shot at someone he holds a grudge against, while others thought of it as a step that was long overdue. Regardless, the University of Mississippi, which is encumbered by laws and regulations as to whom it can hire, will be hiring Edge's replacement, and there’s no guarantee that it will hire a black woman or even a black person. Edge doesn’t name his successor.

Kim Severson had this to say about Edge in her recent New York Times op-ed: “For years, people have been calling for John T. Edge to step down as head of the influential Southern Foodways Alliance. They say he is a kingmaker. They say he is a white man—however charming—who has too much power over who tells the story of food in a region where so much of the cuisine was created by enslaved people.”

A comment by Nicole Taylor, a Georgia-born New York food writer who has participated in several SFA events, is typical of the calls for Edge to resign. She said that the SFA was "built on black stories, and there is not one black person in a position of power" in the organization. In a state with a population that's nearly 40 percent African-American, the SFA staff of nine includes only one person of color, and she has submitted her resignation to Edge, who has done himself no favors with his hiring choices, although he countered that most of his employees are women.

There are a number of reasons why Edge shouldn’t give in to the pressure and resign right now, although he should listen to the valid critiques (e.g. his white-oriented hiring policy) he's received. As Severson wrote, "By many accounts, the work around the intersection of race and food that Mr. Edge has spent 20 years attending to has been crucial." Edge has committed nothing even close to a firing offense. He's said that he's working on a succession plan and raising money to pay for his successor's salary. Quitting under such circumstances would set a dangerous precedent in the cancel culture era.

Moreover, being forced out quickly could hurt the SFA. “I don’t want to hand over the SFA as a busted wagon,” Edge has said. He and others fear the alliance could disintegrate unless the transition is made smoothly. Edge is a formidable fundraiser who's raised $13 million for the organization during his tenure. There's no guarantee that his successor could come close to matching that.

John T. Edge has a large contingent of supporters among the roughly 1500 SFA members, but nobody's writing New York Times op-eds about them. There's no valid reason for him to make a rash decision that will affect his family, colleagues, and the organization that he founded. He's done too much good for his organization and Southern food culture to go out under a cloud of suspicion.