It was like living in a modern day fairytale. 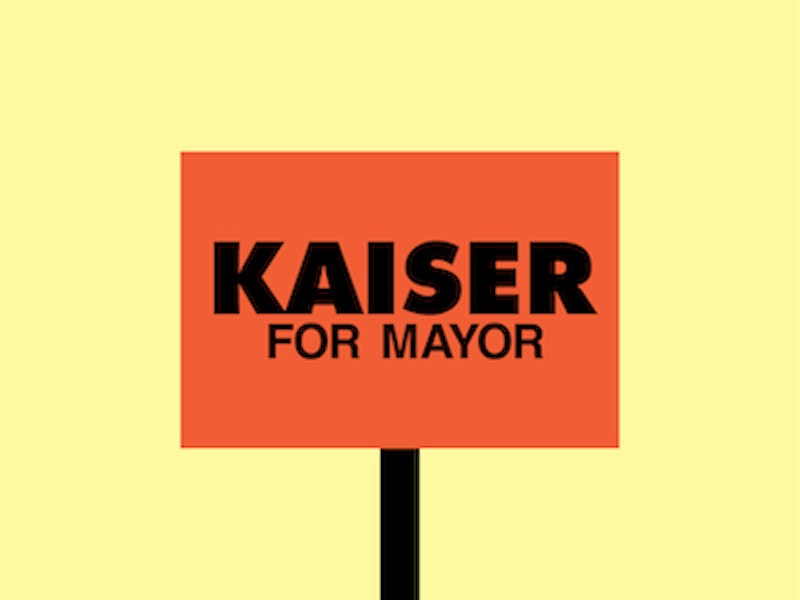 Stepping from Lincoln Cosmopolitan to kitchen door, she scurried along, barely nodding an acknowledgement, a bag of grocery items in hand.

Frank Parcheesi stood there, hedge clippers in hand, fuming. "Oh, she thinks she's something, don't she! The damn Kaisers! Burns my biscuits! So superior!"

John Kaiser, Westernville's mayor, Princeton grad, was up for a second term, running on a solid and popular record of incremental and judicious reforms.

Frank went back to clipping, a newly fierce energy in each snip, snip, snip! He was doing his bit, keeping his property up to snuff, but it was never fancy enough for the Kaisers. Oh no, he was never on par with the Kaisers! Frank was divorced, no kids. And no college degree. Yes, a white-collar job, but nothing to write home about: a desk, no office. Yes, beyond his father's dreams, but grubby peanuts compared to all things Kaiser.

A storm gathered in Frank as the afternoon sun beat on him. He wiped sweat from furrowed brow and tossed the clippers to the grass, stomped into his raised ranch, yanked a Schlitz from the fridge, hunched over the Formica kitchen table, tipped the brown bottle up for a long icy swig.

"Damn them!" His tightly clenched fist bounced an insistent beat on the table's top. "Damn them! So, my people came off the boat, and it weren't no Mayflower! So what? Damn them!" He'd been happy as a clam, out of doors, fine-tuning the hedges, but now everything was ruined, his gay mood soured. Later that evening, watching TV, he could barely focus on the plot of Perry Mason. The next morning, he skipped mass at St. Sebastian's, again. Since the divorce, he was persona non grata, anyway. To hell with them and that pansy padre's droning sermons. Instead, wheels turned, plots hatched. He'd settle the Kaiser's hash.

Monday, on his lunch break, Frank trotted from his job at DapCo to the campaign headquarters of Kaiser. There was a stack of about 100 Kaiser bumper stickers on the ledge inside the front window. When the girl turned her back, he grabbed them and scooted out. That evening, after supper, he placed a Kaiser sticker on the right side of his rear bumper, and a twin on its left. Then he drove to the highway. Ignoring the 55 MPH signs, he poked along in the fast lane, his blinker indicating a right he had no intention of taking anytime soon. If someone honked and attempted to pass on his right, Frank drifted between the two lanes, rolled even slower. A fine way to create ill will toward Kaiser, but only round one.

After sunset, Frank, dressed in dark clothing, slunk to sleepy Main Street. Except for Kenny's Lounge and the Trailways depot at the far end, businesses were shuttered for the night. But he had to cling to the shadows for a few minutes waiting for some boys to get their jalopy to kick over. Once the coast was clear, Frank emerged and slapped Kaiser stickers all over the plate glass windows of several establishments, rubbing them on good and tight. "It'll take solvent and serious elbow grease to remove these babies!"

On the way home, he added stickers to the windshields of cars, on mailboxes, across traffic signs, etc. "Heh, heh! The citizenry will love you now, Kaiser!"

And Frank cursed the memory of his own father. "You'd grovel before crumbs like Kaiser! Silently, you hated them, but you behaved like a whipped dog to them! Weakling!" Frank ground his molars while putting the key into the front door lock. A glance to the right revealed the Kaisers just before bedtime, he reading the paper, she knitting, Junior glued to the TV. As for Missy, Frank salivated for that high school queen. "I could show her a few tricks, dammit, get her to grow up real fast. As for the old lady, the high-class whore, I'd like to grab her by the throat! Just once, dammit!"

It was by a fluke of zoning, an oversight, that Frank's raised ranch dropped next to the Kaiser manse of columns and shingles and slate, its yard shaded by elm and oak. No matter where the sun sat in the sky, Frank's treeless quarter-acre seemed to squat in the shadow of Kaiser.

It took a while, a long spell of toss and turn, before Frank sank into a black slumber, a black slumber of black dreams, he chased by black demons. Frank woke to sunshine pouring into bedroom windows, birds chirping. Blurry, he showered, shaved, ate a quick breakfast of Nescafé and toast, motored to the office. Dull and distracted, he ran a stop sign and just missed getting into a collision. The screech of tires and a blare of horn snapped Frank out of his daze. "Wake up you idiot!" the driver yelled, waving a fist. "Where'd ya getcher license, a Cracker Jack box?"

During morning coffee break, young Alison Dumbrowsky complained about finding Kaiser bumper stickers on her VW's windows. "I was late for work! It took 15 minutes to get those darn things off! If Kaiser's gang thinks this is how to win voters, they've got another think coming, boy!" Frank nodded and kept a poker face. He was very good at not betraying emotion in public. Sometimes he considered putting the moves on Alison, but she was a bit of a woof-woof. And an office affair could be a death knell. Still, she'd be easy pickings. Short and needy gals were a cinch.

Bill McGraw piped up, "Say, Frank! Don't you live next door to the Kaisers? What's he like? He seems like a good Joe, but maybe you have some insights?"

"Well, I'm not one to spread tales. You know..." Frank tilted his head, held a pause long enough to pique interest. "But I will say this, some guys should just steer clear of the bottle." He returned to his desk, leaving a flurry of chatter in his wake.

The next Westernville Courant poll showed a significant slip in John Kaiser's numbers. For the first time, his opponent, Dan Gouge, although behind by nine points, was gaining. "Heh, heh! Well, well, well," said Frank, his paper folded over as he ate a bowl of Rice Krispies. "Take that, Kaiser!" He looked up to see Missy Kaiser leaving her house, schoolbooks held to her bosom with an air of cool containment. Frank hopped up, went to the window and watched her saunter away. "Man, oh man. Look at her! Nose in the air! Miss Priss! Bitch!" All of a sudden he saw red, flipped from gloating to glowering. That morning he was querulous with underlings, made an effort to not bark at them.

A week or so later, in the dead of night, Frank prowled neighborhoods. If a yard had a Gouge sign, he replaced it with a Kaiser sign. Afterwards, he planted the Gouge signs about town in public areas, prominent spots like crosswalks, near schools and shopping plazas.

John Kaiser denounced the pranks, but Gouge was quick to reply, "This entire episode has a sickly whiff of Hitlerism! It’s exactly what our brave boys died fighting against! Make no mistake, it’s grimy and criminal and un-American! I demand answers!" Gouge was balding, had a five o'clock shadow, and his chin was weak. No one ever thought he had a chance. But now he was looking golden.

A week later, polls showed the mayoral race neck and neck, too close to call, but Gouge had wind in his sails. The former dark horse took the opportunity to bask for a moment before launching into a more detailed version of his policies, which weren't terribly different than Kaiser's. The smart money was on Gouge.

On the Sunday evening before Election Day, Frank moved into high gear. Armed with the phone directory, he dialed each home in town, starting with Abercrombie, Andrew and ending with Zisk, Zelda. When someone picked up, he launched into a belligerent rant against Gouge, urged the listener to vote for Kaiser if they knew what was good for them. After hanging up he'd roar with laughter. "Take that, Kaiser! Ha ha ha!" His cackling traveled through open windows, hung in the eventide's humid air. Fueled with bourbon, he kept at it until nearly midnight.

The morning after the election, after Kaiser's resounding defeat, Missy Kaiser wrote in her journal:

An autoharp,
An abacus,
An arc.
A tenterhook,
A willow,

A piper to pay.

She closed the book with the saddest sigh and put her fountain pen in a drawer. She'd relished being the mayor's daughter. It was like living in a modern day fairytale.

Frank Parcheesi hadn't heard anyone enter, noticed nothing, until he saw the saddle shoes. He looked up from his morning paper to see the barrel of a derringer staring straight at him. The shot wasn't loud at all, more of a pop than a bang. Someone on the street didn't give it a second thought, dismissed it as "probably nothing." Frank felt a sting, like a bee bite, before keeling over and hitting the kitchen floor. And the last thing he heard before his life faded was the lovely voice of a teenage girl muttering, "Bastard!"