BQ remembers an acquaintance known all too briefly in the ruins of the USSR in the mid-1990s. 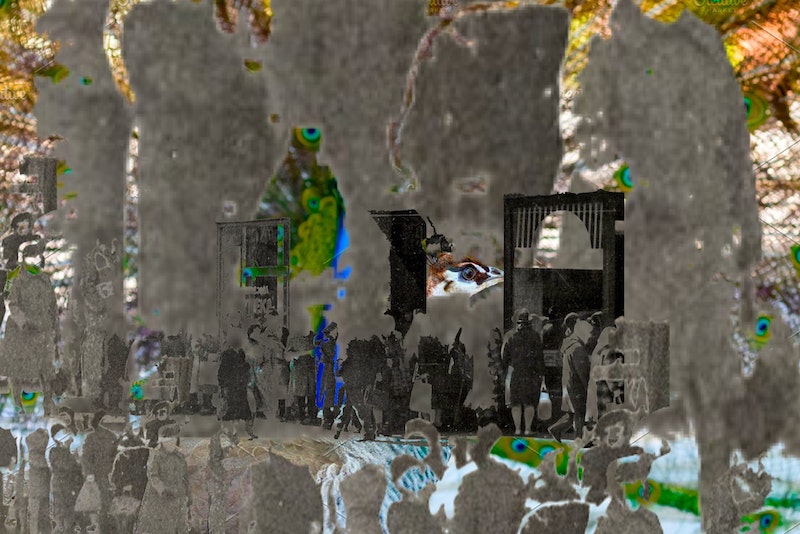 Pictured: The author tries (and fails) to forget his past in the former Soviet Union.

Oh, so it’s my turn now. Bennington. I’m always the runt. But I’ll spare the bitching and moaning for later when I see my cousin and his wife. I like it out here in their shed, and I’m not kept here against my will. I like the earthy smell of outhouse shit and swarms of flies that’ve never bothered to learn my name. I’m having a great time in here. But not much recreation. You can only play with shit for so long. In any case, I’ve been on the pot remembering old friends. I was told I had to submit an essay about exactly that, “an old friend you regarded as an innovator or a pioneer and who was dismissed and disregarded as a result.” This kind of formal assignment was unfamiliar and scary to me. Wasn’t this just describing me? I’m an innovator. I’m a pioneer. I live in a fucking outhouse. How much more avant-garde can you get?

I remember when I operated out of Belarus—not lived, operated. There’s a difference. I had no address, no fixed home, only a per diem, a rickshaw, and a footlocker full of guns, ammo, and explosives. I saw Blackhawk helicopters raining hellfire on innocent villages while missing vicious terrorists mere yards away. I was sent in to infiltrate their operations and got lost: I was one of them now. I believed in the most radical of all concepts: righteous murder.

Understand that now, I abhor these beliefs, and had for most of my life. But I was struggling. I didn’t do much of anything in the 1800s and so writing this article gave me a lot of anxiety because I feel like a failure next to my cousin and his mean wife, who’ve met so many interesting people and had so many interesting experiences. I project a big image but I’m just soft small Benny, made of meringue inside and very delicate. It’s why I have to present myself to the world so aggressively. Belarus in the 1990s was one such place.

Ernestine Peckinpah was not a cartoon character. She was not a protagonist in a forgotten Charles Dickens novel. She was my friend, and I knew her briefly but I knew her well. Bread lines, Belarus, 1990s. I was on reconnaissance, filling in for my cousin while he was establishing his “career” as an “author” of “fictional novels.” Monica and Rooster were doing their best to show to the world that the first known sentient animals able to communicate with humans were model citizens and everything that an assimilated couple should be. I wasn’t so easy to mold.

So they sent me to work. I was gathering research for American propaganda. The Clinton administration was sending in operatives to distract from the President’s various sundry affairs (sexual and otherwise). And I speak of nothing that isn’t currently in the public record. Don’t sue me, bro! Remember that guy? “Don’t taze me, bro!” That was a better time: a feckless Democrat like John Kerry (loser) couldn’t even be bothered to get off the stage and do something about an over-privileged white man screaming about the Iraq War and being tazed by brain-dead security guards. That was a big story. Now, people are being chopped into tiny pieces and left to rot in plastic on the roof of a Bronx McDonald’s.

Ernestine butted me in line for breadcrumbs. A small child wearing a burqa was handing out morsels of food to some of us innocent little animals when a bomb went off. This was de rigueur, and to be honest I'm not sure if there were still bombings going on at the time, I just hear bombs whenever I have to stand in line for more than five minutes. Ernestine was a very imposing and impressive peacock and I didn’t dare correct her etiquette. “Where’s my fucking grub?” She was one of those ladies who wear a dozen necklaces and seven scarves, along with as many shopping bags as was possible to carry (these of course were made of paper and rhubarb, as this was in the ruins of the Soviet Union).

Ernestine butted a bunch of other birds and me in line trying to get her crumbs. She was very tall, almost like Laura Dern or Jane Lynch, so she was easy to spot. And unfortunately, easy to pick off. Before she got up to the bread counter, she was shot in the head by a rifleman stationed on the roof above the breadlines. Almost no one screamed and no one scattered. Everyone was so hungry. Ernestine fell the ground, dead instantly, and her body was picked of its sundry clothes, accessories, and what valuables this flamboyant soul carried on her person. No, this isn’t an account of an old friend, or even an eccentric Gatsby-esque character I knew many years ago—it’s the simple and short story of a victim of political oppression, violence, and eventually, murder. Because I’m sure of two things: in the United States in the 1990s, Ernestine wouldn’t have been shot dead in the street, and her fashion sense wouldn’t have been so insane.

I didn’t look at her body because I couldn’t. When people die, they die. Their bodies aren’t them. The body is a grotesque, decomposing shell of a person that resembles them in every way but the most important: in life. I can’t look at corpses of the ones I’ve known and loved because those images don’t leave you. I don’t need to add to my collection of newly deceased faces. No one does. But I wanted to share with you the story of Ernestine the flamboyant yenta peacock, because her eccentric life was too brief and my encounters with her too mitigated by my own hang-ups, insecurities, and fears. What if I associated with this outsider? Would I too be followed by secret police and hassled by sheep on the street?

I didn’t make up my mind before Ernestine lost hers on the streets of Belarus that gray morning, and I’ll regret it for the rest of my life. Enjoy the stories of my cousin and his wife, for they don’t bear the mark of the beast or the wandering fool, whose path I am destined to follow for eternity.