I Wasn't Being a Dick

A story about being alone. 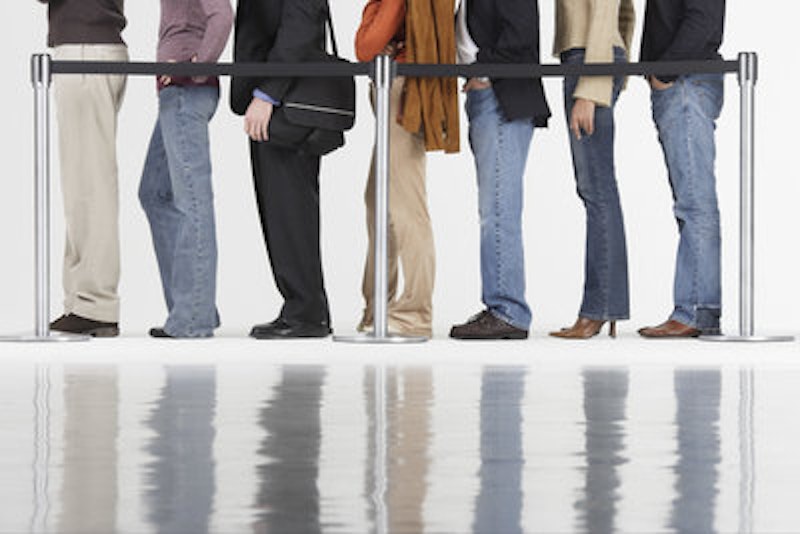 My defense is that the boy had a trim little beard. That sort is always looking for trouble. He was under average height, though not by much, and sparely built. His girlfriend was about his height and she was rangy, not a lot of meat on her, but she was high-breasted and her legs seemed long. Her hair came just below her ears. Boy and girl seemed active and decisive, and upper middle class in background: the children of aggressive lawyers and demanding engineers, or so I guess. Their type is a pain the ass.

This was at the multiplex, about six on a Tuesday evening, and Tuesday is bargain day. The place was thronging. A line ran from the ticket tearer back along the mall's pavilion to the revolving doors. I was toward the front, with a lot of people behind me. The couple showed up late and didn't want to go to the end of the line. Could they go ahead of me? Well, no.

Adding a wrinkle was that they didn't really ask me. Instead they asked the person in front of me if they could go in front of her. She was a low-slung, smiling girl with long black hair, and she agreed right off. “I don't object,” she said and the couple broke into smiles too.

Without thinking, I said, “I do object.” It was a reflex. It's not like I have evolved a policy from past experience, because people don't ask to cut in line. Either they try to get away with something, or else they're just joining friends. In my experience.

Now we had two people presenting a request to a random person on line and expecting her response to hold for everyone behind her. What can I tell you? For me this is a new idea. In my adult lifetime of milling around in public, this evening at the multiplex marked the first requested cut on record.

It made no sense, so I spoke up, and the couple retreated. It was just like that and I may have been surprised. Of course I'm surprised by everything when I face off with a couple of strangers. It's not how my life is supposed to fall out, and everything that happens is something that shouldn't. The events flap up in front of my face like the cutouts of burglars that cop trainees shoot at in crime shows. But here's what flapped up in this case: they tried, I spoke, they left, but first the boy had to say something on leaving.

“Oh, you do object?” he said, because maybe my tone had been a bit heavy.

Here I had to swivel myself forward to lodge my response. I really didn't want to go, and I was glad he and the girl kept moving. “Yes,” I said, because I'm not quick. “I do object.” I did my best to make my voice carry, but I'm rarely good at speaking up. At any rate, as noted, they kept going.

Thinking of it now, I wonder if the girl was exactly the sort I had encountered before. Maybe not. Similar design, softer nose. The expression on her face when I objected—it was more dismay than indignation. If she’d been the classic type, she would’ve been indignant and I might’ve been toast, facing her outrage and the huffy boy. But you take your chances.

Anyway, I went in to see Captain America, and wasn't bothered by the scene between Steve Rogers and the movie theater asshole. I might’ve been if I hadn't spoken up. So there's that. But mainly I remember the boy (“Oh, you do object?”) and the mystery of the requested cut. This odd social arrangement.

I mentioned the couple's looks, their energy, that the girl on line smiled, and that they smiled at her. I implied that I was a bit baleful in objecting, and readers are free to prefer letting the springy, happy couple on line instead of glowering at them and sending them to the back. But they wanted to get ahead of everyone. Some of those people on line had been busy too, but better organized. Now they should get bumped back because the low-slung girl with black hair liked smiling.

The things people pretend are normal. People with self-assurance can't believe you won't give them what they want.