On the end of summer and the passage of time. 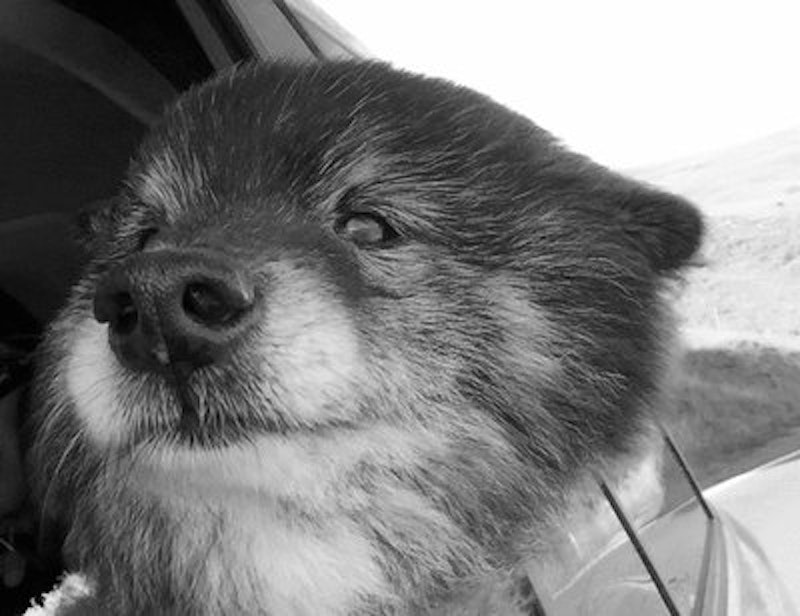 After a trip, the self is allowed to settle, resettle, or left unsettled. Life is temporarily newer. I often think of the saying, “Wherever you go… there you are.” What may be even wiser: “After you’ve gone, there you are.” Some people believe travel is a cure-all. I see it as an opening.

After a week back in New England, here I am, feeling unmoored and noticing my doubts hanging in the air, while summer floats away.

Self-assuredness is about momentum. Some people ride a wave of certainty through decades of their lives. Others catch the current for only a day, maybe two, at a time. Perspective drives identity. Those that were told they were special as third graders. Those that were never taught to imagine life beyond their neighborhoods. Dreams are slowly built but rapidly destroyed. This is when determination and self-confidence get tested. We’ve all been tested. Some of us are never given that sharpened number two pencil. Instead, some are handed a dull pencil without an eraser. Some are handed pencils without that all-important “#2” label, and their answers will never be counted.

I’m floating in the tide, waiting for the current to take me back to the deeper waters of certainty. While I wait, I feel the subterranean anxieties that will never not linger underneath my consciousness. The questions of structure and organizational undertakings. The wrinkles that become noticeable with every sore throat, every vacuumed dust ball, and every reminder that we are all insignificant human beings.

A couple of weeks ago, Natasha and I bought a new car. For the last decade, we’ve had an old car. With each passing year, the old car aged with us. The lack of power windows became a bigger problem when we added a puppy to our lives. The small trunk was more noticeable when we started doing biweekly grocery shopping. The radiator gave out one memorable night. The clouds of steam were cinematic in the city night, as we pulled over, thinking the car might explode. The brakes were always (breaking) wearing down. San Francisco is a city of steep hills. Wonderful for its vistas. Not so helpful for driving and parking.

The new car has ample space. There’s a button for everything. Even for starting the car. We’ll pay the car off over the next five years, splitting the monthly payment. The car is very quiet. The car has a navigation system. It’s our first new car. In one of our first trips on the freeway, the Keeshonds were in the back. The puppy, JoJo, behind me. The windows were cracked. Suddenly, JoJo’s window is opening. We’re going 60 miles per hour on the freeway. JoJo is leaning, gangster-leaning really, on her left elbow. Her tiny face is swimming in the fierce wind. She appears to be laughing, tongue hanging out, while we start to realize what’s happening. I’m trying to find the correct window button. My window is already up. We get off the freeway. We’re laughing. JoJo doesn’t know why the window needed closing. So what if a sudden stop had catapulted her out of the new car? JoJo loves the damn breeze.

Things have been going well. I have a new job that starts in a few weeks. I’ll be teaching high school English and U.S. History. My desire to be prepared and do well in this new position mixes with uncertainty about the responsibilities of my future. Taking on more means working more efficiently. Means writing less. Means balancing work and family and self. It seems the self gets consumed by work and family. That would be the natural order, wouldn’t it, for those who have children? Shouldn’t we all be consumed by things larger than the self? This is growth, not loss. My fear is losing the introspection that writing brings. That staring at the trees and sitting in the sunshine brings.

Mom turned 70 this summer. We went up to Maine for a few days. We celebrated. We ate well. We relaxed. We played. Mom is twice my age now. The gap between us gets smaller every year. 70 to 35. If all goes well, we’ll do this again when she’s 80. I will be 45. My brother and I are lucky that our mom is healthy. We’re lucky that our families are healthy. We’re lucky that we can go to Maine for a few days and celebrate. I’m lucky that my brother and I, despite our personality differences, have grown closer to each other over the last several years, despite living on opposite coasts. When I first moved to the Bay Area, I felt guilty for leaving the northeast. Mom and Ben and many friends. In the years that have passed, I’ve realized it was the necessary and healthy thing for me to do. Needing to find my sense of identity and place meant a new landscape. Growing into my relationship with my wife, settling in to our life together, things have evened out. Going back every year meant rekindling my connection with Mom, Ben and his family, and my old friends. It meant shared meals and an awareness of how much a few of those old friends helped me survive the lowest moments of adolescence and the in-between-colleges years. It meant Celtics games. It meant time with Mom in my childhood home. It meant time in Providence in my brother’s home.

They call baseball players the “boys of summer.” It was the title of a memoir by Roger Kahn, about the Brooklyn Dodgers of the early 1950s. Mom always bought us baseball books, ensuring a lifelong love affair with the game. When we took our baseball trip in 1998 (30 games in 42 days, 18,000 miles of driving), I collected the ticket stubs and put them in a frame (one for him, one for me) with the same title, “Boys of Summer.” Baseball players train hard. Many of them have children of their own. They are men. They get to play the game until their bodies won’t let them anymore, until that momentum goes away entirely.

Ben and I were at Fenway Park twice during the week, bookending the Maine trip. We saw a memorable late-inning comeback on a Tuesday night against Miami, a rare three-run single in the seventh inning after a great at-bat by Xander Bogaerts. The game was a belated birthday present for Ben, so it was fitting that Xander, a prospect long admired by my minor-league savvy brother, had the big hit, enabling Mookie Betts to fly around from first. The Red Sox have been disappointing most of the season, but they weren’t on that Tuesday.

I hadn’t been to Fenway since 2010, and had been to only one game there in the last decade. We went again, taking my nephew Avery on Sunday, to see them play the Yankees (Natasha’s beloved team), thanks to a gift from my Dad. It was the hottest baseball game I can remember (except a San Diego afternoon during a baseball trip we took in 1998). We sat, roasting in the full sun of the bleachers. In the bottom of the third, I told my brother they needed eight straight singles. I’m not sure why. Sometimes I like to say random things at baseball games. I like to predict home runs. I like to ask others what they think will happen. There’s always lots of time at a baseball game. Baseball is one of the few games without time limits… some would say it adds to the timelessness of the game itself.

Nathan Eovaldi, the Yankees starter, was lighting up the radar gun (hitting 99 regularly), but has been entirely hittable this year (123 hits allowed in 98 innings). Strangely enough, Ryan Hanigan hit a swinging bunt that resulted in an infield hit. Betts then singled to center field. We started giving high fives and shouting, “Single!” All-Star Brock Holt struck out. The next three batters, Xander, Pablo and Hanley kept the momentum going, all with line singles to the outfield. Red Sox 3, Yankees 2. The single had taken on a new dimension. Sadly, they couldn’t make it eight. Five would have to do.

I took a picture from our seats in center field and sent it to Natasha, with the caption, “Ellsbury’s butt.” I still have trouble seeing one of my favorite Red Sox players in a Yankees uniform, though Mookie Betts is winning over Fenway fans with every running catch.

As the game progressed, the heat wore down entire rows of the center field bleachers. Empty red plastic seats in front of us. I brought a white t-shirt to cover my neck. Soon it was soaked with cold water and placed around my young nephew’s neck. Sweltering. When I went down to the concession stands, people were on the cool cement floor, leaning against the wall. Children and old folks were recuperating. Wade Miley gave up two doubles in the sixth inning, as the heat seemed to melt him down. By the end of the inning, it was 6-3, Yankees. Rookie second baseman Rob Refsnyder came to the plate. The Yankee fan behind me, loud throughout the game, suggested to everyone that Refsnyder must be Austrian or German. I had heard the previous night on the radio broadcast, driving back from Portland, that Refsnyder was adopted at five months old. Originally from South Korea, Refsnyder grew up in Southern California. His homer in the top of the ninth put the Yankees up 8-4. We had reasons to cheer as the Sox clawed back for two in the final frame, but the epic comeback never happened. Life is not always magical, or full of momentum. Heading into the All-Star break, the Red Sox dropped two of three to the division-leading Yankees.

The outcome, though, was less important than the experience. Sitting in the center field bleachers with my brother and my nephew, sweating profusely, trying not to get heatstroke or dehydrate, and watching our Red Sox. Staying until the final out. Each game is a long moment. Each day is a possibility. Each season begins and ends. Each day is filled with interruptions and distractions. Each sunset slowly resolves.

I have one biological brother. One nephew. One mother. One father.

I reach out to friends in search of more brothers. In search of camaraderie and empathy. In search of humor and connection. I get tired of irony and detachment. I wonder if I was made for a different time, or if I will ever gain resolution on my own need to connect.

The life Natasha and I have created is a wonderful life. The support and strength and humor we share have balanced the last decade and give me, and us, the courage and momentum to leap ahead into the next.