The Delusion of Wealth

The inevitable tsunami is coming soon. 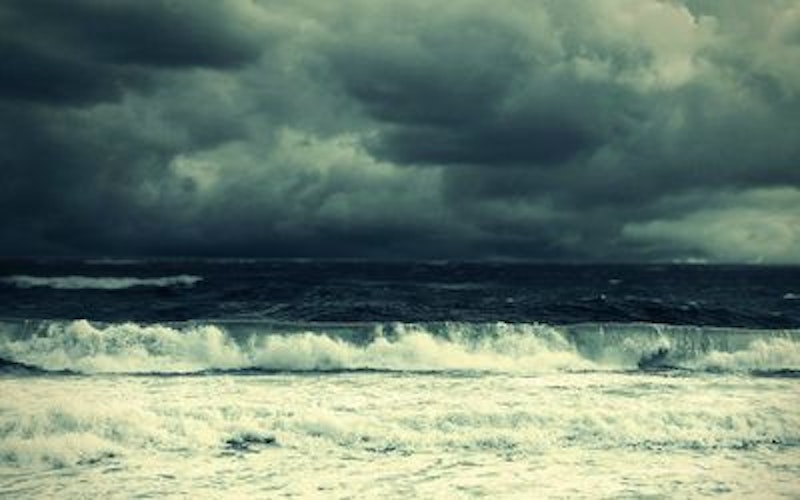 I’m spending more time with animals than people lately. They’re getting comfortable with me. A rabbit came up to me today, three feet away, and just hung out while I smoked a joint. The squirrels are coming closer. The endless serenade of the birds grows more robust, their swoops and flutters more daring. The woodchucks lumber around like they own the place. I sit out back here, still on the porch, smoking, drinking, gazing over the ancient trees and the meadow with its copses and their secrets, and the grassy gnoll. Sometimes I go inside and watch broadcast television news. I haven’t watched it in at least a decade. It’s hilarious.

The wheels are coming off the attempted “New World Order.” Since the presumed death of communism with the collapse of the Soviet Union, radical capitalism has run amok on a global scale. Bruce Springsteen phrased it well in his song Badlands: “All men wanna be rich, rich man wanna be king, king ain’t satisfied until he’s king of everything.” The fundamental flaw in contemporary capitalist reasoning is that the elite are rich because they’re smart. It’s the lie from which all of their delusions spring. They see themselves as Philosopher Kings, in the Platonic sense. Having amassed their great fortunes, they attempt to reshape the world according to their own myopic vision of what the world should be based on the conceit that the acquisition of inconceivable personal wealth somehow qualifies them to dictate public policy. They are wrong on all counts.

There is a demonstrable inverse relationship between personal wealth and practical intelligence. Simply put, the rich pay other people to do their thinking for them. It’s like using a calculator to do basic arithmetic, or using autodial to make phone calls: eventually, you lose the capacity to perform basic calculations in your head or remember phone numbers. I’d love to see a social experiment in which billionaires are placed in an urban environment for six months, with no access to their money and forced to live by their wits. I wonder how well Jeff Bezos or Larry Ellison would do scrambling for a minimum wage job at some convenience store or fast food joint, sharing a one-bedroom apartment with two other people, living on food stamps. My guess would be suicide in less than eight weeks.

The real kicker is that the “wealth” possessed by these creatures is utterly intangible. It exists solely in cyberspace. Any one of them could be impoverished by a few lines of code, an algorithm executed by a bored teenager living in a Florida double-wide while his single mom is out busting her ass waiting tables at a local diner. They don’t really “own” anything. Nestle Chairman Peter Brabeck-Letmathe has openly stated that access to water is not a human right and firmly believes that his company owns water rights all over the globe, by virtue of having purchased those rights from corrupt politicians. He’ll find out in short order who owns that water when he tries to assert that ownership. Money may very well talk, but not as loudly as a fully loaded AK-47 or an IED. More than ever before, the concept of “ownership” is a hoax. Communism isn’t dead. It’s just resting, letting radical capitalism have enough rope.

They aren’t rich because they’re smart. They’re rich because they don’t play by the rules, they’re utterly corrupt, and so far, they’ve been very lucky. That luck is running out. Already we see a resurgence of openly Nazi ideology in Greece, Spain, Ukraine, and Germany, of all places. Hitler is enormously popular in India and Southeast Asia, even in Japan. End-stage capitalism digs its own grave. The calls from the elite for “austerity” cuts in benefits for the very poorest members of society worldwide while the aristocracy indulges in the most obscenely flagrant displays of wealth in human history are fueling public outrage and a resurgent communism that in no way resembles the mockery that was the CCCP.

There’s a lot of pessimism around these days, but I’m very optimistic. I firmly believe that I’m going to witness the complete collapse of the oligarchy currently in power. The tide has been going out swiftly for the past 35 years. The inevitable tsunami is coming soon. Don’t be on the beach when it hits.