An Obituary for Everything 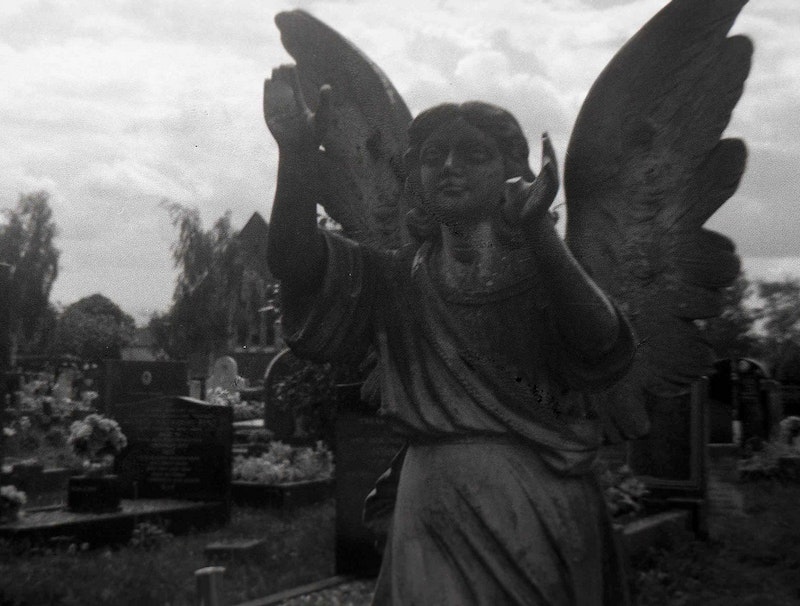 Everything (also known as "Everything In Existence"), beloved mother and a world famous void breaker, entered into eternal life on Saturday, May 31. The entity passed away peacefully surrounded by friends and family at its Golden’s Bridge estate.

Everything was born in Union City, NJ to Lily Torres and the late Bartholomew Torres. It began its now legendary career by accident, during what polite Scientologists have called "The Fried Age." Deep inside this greasy time everything became a camera operator for NASA, while moonlighting as a c-level hate guru for Guianan pawn shop chain Christ-Mart.

Inevitably, Everything returned to the womb to obtain a bachelor's degree in business management from Fordham University, and later a master’s degree in amazing bong adventure from The John Jay College of Criminal Justice. From there, Everything used its educational prestige to secure a lucrative position as the leader of the Maspeth, Queens based avant garde polka band Chunk Betrayal who specialized in entertaining the frail residents of Castle Flesh Dream, the first supernatural maze/managed care facility ever run by The American Society for the Advancement of Hypothetical Starvation.

Perhaps Everything’s biggest achievement, however, was when it broke the glass ceiling for rhino monsters everywhere and became the first non-humanoid to moosh Captain Dog Bone’s horn-swoggled steam kabonk. While kabonk mooshes are common place now, most were strictly yibblronks-only back in the 1640s. In what has now become a mythic incident, during the fall of 1643, Everything bet yibblronk supremacist Joanne Pudding that she couldn’t even go one day without at least five spider blasts. Sure enough, Ms. Pudding lost, so she had to pay Everything by casting a spell of mellow equity as public opinion’s obscene ballet came to a close. Consequently, now rhino monsters can hang out with trowel addicts at the fraudulent sex mall.

In addition to its mother, Everything is survived by the Interdimensional Guest of Pelham, NY, its loving partner of nearly 55 years, and their children: Tropical Wonder, Brain Forest and its wife Newfound Dominance of North Adams, MA, Lawless Fire of Nashua, NH, Irradiated Curiosity and its life partner Paisley Tumult of Valley Stream, NY, and beloved son-in-law Elder Gulch Fate of Greystone, NY. Everything was the cherished grandmother/great-grandmother to a batrillion revolutionary welps, including The Savage Calculator, Snobby Martyrdom, Harmless Superstition, Futuristic Release, The Playful Spy, and That Cool Breeze Comin Down Offa' the Mountain; its great-grandchildren include Doom Flake, Destruction's Parody, A Bottomless Cup, An Unearthly Heart, and Ms. Angelita Milona Lee Myra KaschnogollaBollogolla-Jackson(!)

Despite its heroic efforts to preserve the symbiosis of good and evil, those closest to the entity mainly remember Everything as a dedicated matriarch that loved high impact osmosis, pyramid jokes, and racial gluttony.