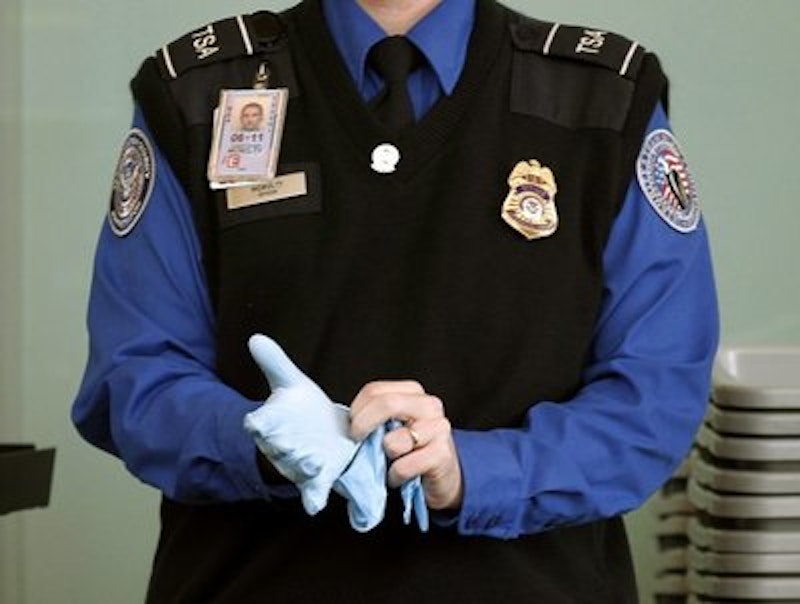 Getting out of California with 100 pounds or so of sea glass proved to be more difficult than I’d hoped. It seemed pretty simple. I was selling some sea glass for a guy, and I’d take 20-ish pounds each in two carry-on bags, and maybe 30-40 or so pounds in a checked bag. It’d be heavy, but I could manage.

But my purse was stolen in the shady parking lot near the beach where the epic priceless extreme sea glass comes from, where I’m currently the number-one villain in the land for daring to “commercialize” the beach if you ask the locals. Beautiful sea glass deserves to be shared with the world, and I now know some fantastic people I treasure more than that sea glass, ignoring the rest.

So I didn’t have any ID as I tried to escape the place. And I needed to get on an airplane. I called the MVA, and they said they could overnight me a 48-day photo license, but that had me missing my morning flight back to Maryland. I finally got a human on the phone who felt sorry for me, possibly because I was doing that shaky-voice, near-hysteria thing. With no purse, I had no money for coffee, didn’t know how I was going to get out of the parking deck at the airport back home, and was starving. (Sea glass friends helped get me home).

MVA told me to give Southwest her name; she’d work it out. I thanked her profusely. Southwest said we don’t want to talk to the MVA; we want a police report. Two hours of dealing with the Santa Cruz cop shop commenced. They were very nice on the phone, and when I showed up at their office, immediately asked for a photo ID. Um. The next morning at the airport I was greeted in the security line with a police report with the kind of wary scowl that indicates you’re the first problem child of the day and an accompanying exasperated huff. “Wait over there,” was the directive.

A 5’ 11’’ African-American uniformed TSA supervisor I’ll call Norma came to greet me. “No ID?” she asked and I nodded. Exhausted from the ordeal, I explained my situation. She took me aside and gave me the no-ID interview, which consists of asking everything about yourself: hometown, social security, former addresses, maiden name, school mascot, state of issue of birth certificate, you name it. I passed, then she said it was time to take my carry-on bags through. I thought of the sea glass, wondering if it would look odd on the x-ray. It did. This prompted two male Federal agents to join our party, escorting me to a room for my bags to be inspected, which prompted her to ask another female agent to join, for a total of four agents and myself. I was now being drug-screened with an electronic hand-held machine, a test I failed.

Through no fault (or drug intake) of my own, both my clothes and the sea glass (which they were convinced was either hiding or an ingredient of some type of massive drug operation) were covered in a substance that is legal in California but not in Maryland. I explained that the place where the sea glass had been stored and where I packed it perhaps had herbal residue in the air, but they could be assured I was not shipping that substance, only the glass. They asked me what sea glass is, prompting a brief lecture on my part (I’m lecturing at several sea glass conferences this year) as they hand-searched over 40 pounds of sea glass. I said maybe they’d like to take a small piece. An agent asked if I was bribing federal agents, which is a federal offense. I said I wasn’t, because I didn’t think broken glass counted as a bribe. A huge drug dog approached.

After over an hour of being searched for false identities and drugs, I walked toward my gate, where Federal Agents were waiting to be sure that I didn’t meet my International Sea Glass Warlord Breaking Bad Heisenberg dealer on the way. I looked at my phone as one of them walked up and asked if he could help me. “I want to get a smoothie before my flight and I was trying to decide if I had time.” He smiled at me.