The Coffin Man of Queens

Stories of iron caskets and coffins. 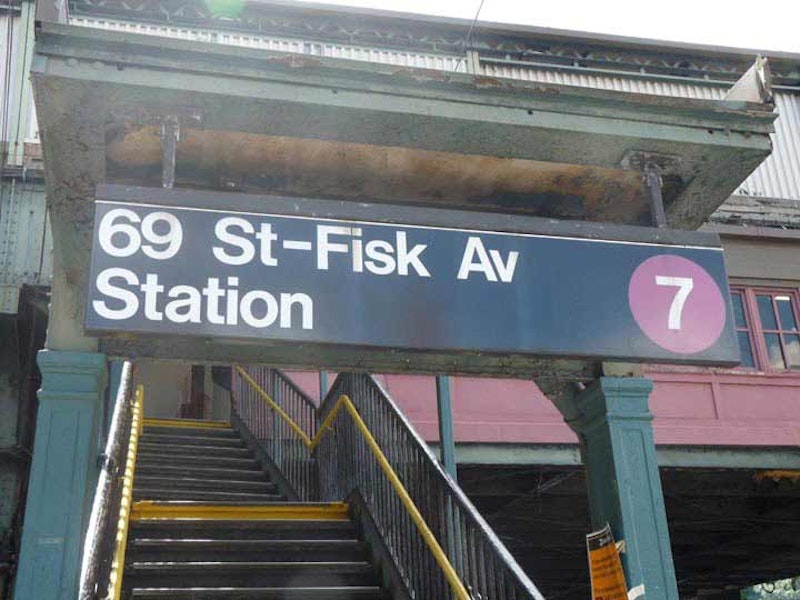 69th St. in Woodside and Maspeth hasn’t been known as Fisk Ave. for several decades… except on the 69th St. platform of the #7 Flushing Line el, where the ancient name has been retained, these days for tradition’s sake. Other stops on the #7, such as Rawson (33rd), Lowery (40th), Bliss (46th) and Lincoln (52nd) also appear on platform signage. When the line opened in 1917, the Queens Topographical Bureau was at the beginning of a borough-wide street numbering plan that wouldn’t be complete until the late-1920s, and when els and subways were built, the old names were kept so neighborhood old-timers wouldn’t get lost. The old names stuck fast… although in other parts of town, like on the Astoria and Rockaway Lines, old street names have recently disappeared after station renovations. 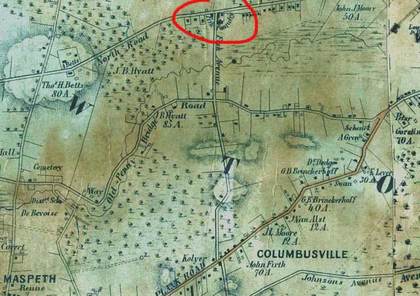 Fisk Ave. was renamed 69th St. in the 1920s, taking its place between 68th and 70th Sts. But as this Dripps map excerpt from 1852 shows, Fisk Ave. has been there a long time, running between North Rd. (most of which is now Laurel Hill Blvd.) and Maspeth Plank Rd. (now Grand Ave.). The road in the center, Old Penny Bridge Rd., was straightened into Maurice and Calamus Aves. I’ve circled an item at the top of the map at North Rd.: Fisk Foundry. 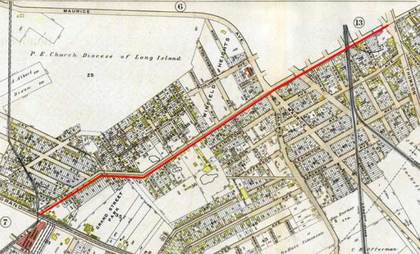 Moving the clock forward to 1909, we see the region has had more streets laid out with Fisk Ave. becoming a rather major north-south thoroughfare, and Maurice Ave., named for a prominent area US Representative, James Maurice, has been straightened and renamed. 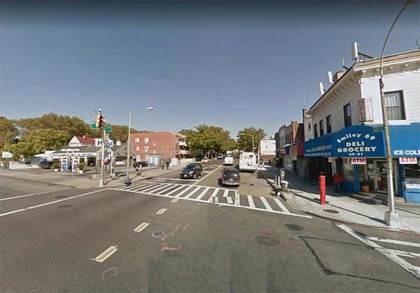 But what about the Fisk Foundry? That story begins in Oxford, Mississippi in 1844 and the decease of William Fisk. The rest of his family lived in Chazy, New York on Lake Champlain and in the era before widespread embalming and refrigeration, there was no way to transport the remains the hundreds of miles between the two locales. A young stove and boiler manufacturer had a solution: William Fisk’s brother, Almond. The younger Fisk brother, using his training and abilities in watertight stove manufacturing, devised a metal coffin that would prevent microbes from entering and decomposing the remains.

The new coffins were marketed at first toward the wealthy and were displayed in the US Capitol rotunda (not the present Capitol, which would be dedicated during the Lincoln Administration). The first major “customer” was the family of ex-President James Madison, which purchased one for the remains of deceased First Lady Dolly Madison. Later, the metal coffins were marketed to prevent illnesses such as cholera as well as a deterrent to grave robbing.

In 1845, Fisk and father-in-law Henry Raymond constructed a factory in an area soon to be known as Winfield, in today’s Woodside, and constructed a road south to the Maspeth Plank Rd., which led to ferries to Brooklyn and Manhattan, and it still exists today as a portion of 69th St. The firm continued to manufacture stoves as well as iron coffins and the company became successful, surviving the destruction by fire of the original factory in 1849. Almond Fisk suffered severe injuries from fighting the fire and perished at 32 in 1850; his remains returned to Chazy in one of the iron coffins his firm manufactured.

The firm was renamed W.M. Raymond and continued to build iron stoves and coffins; Abraham Lincoln was laid out in one, after his 1865 assassination. The foundry, at Fisk Ave. and Laurel Hill Blvd., closed in 1889. 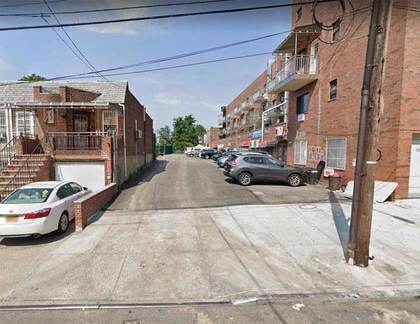 That’s not the end of the iron casket story. In 2011, a plot at 47-11 90th St., near Newtown High School, was being developed when excavations revealed an iron casket with a female African-American body inside. Research and census records revealed that the interred person was Martha Peterson, who lived at the address of and was a housekeeper of William Raymond, father-in-law and business partner of Almond Fisk. The remains highlighted an unknown African-American community in Newtown. The plot was once a cemetery overseen by the congregation of St. Marks AME, and is under consideration for designation by the NYC Landmarks Preservation Commission.