The Catholics’ Agony is an Opportunity for Us Orthodox 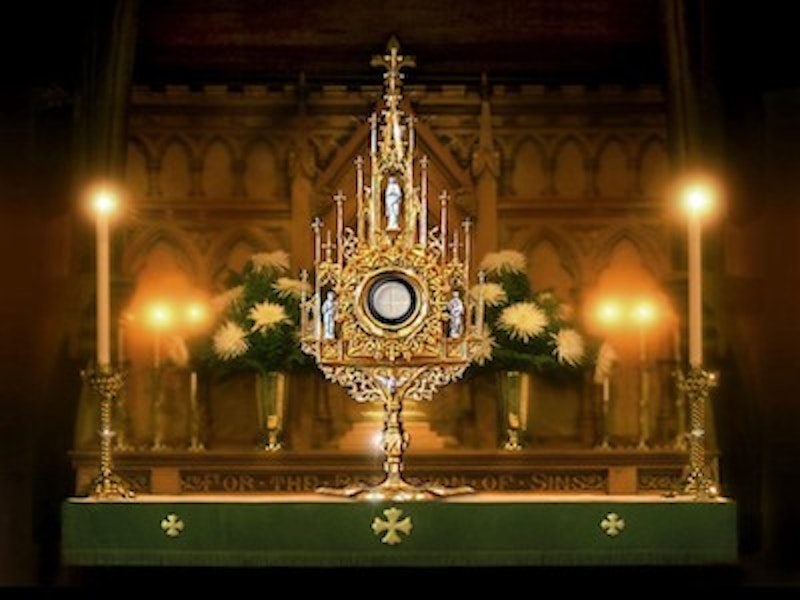 Preparations for my early September trip to Istanbul continue. The sandals that I ordered as a gift for his Highness the Ecumenical Patriarch of Constantinople, Bartholomew I, have arrived at our homestead thanks to Amazon, and are packed in my suitcase, ready for spiriting across the globe to the city I prefer to think of, frankly, as Constantinople.

In addition, I’ve packed my nylon TravelSmith money belt; Lands End fanny pack; tan SPF-50 brown “crusher” tourist bucket hat in a shade of tan that complements my neatly-trimmed beard; SPF 45 no-iron travel Oxford button-downs in yellow, pink, and a handsome light blue; Polarized wide-frame wrap-around sunglasses; SPF 25 EZ-wash 40 percent cotton/60 percent sweat-wicking synthetic travel socks; fine hand-tooled leather sandals with sweat-proof toe-thong, not unlike the ones that I’ve chosen for His All-Holiness, Bartholomew I; and khaki multi-pocket travel shorts that, while extra-short on the thigh, do pack a high sun-protection factor around the buttocks and reproductive apparatus—where, of course, it counts.

I’m confident that I’ve accounted for everything I’ll need to join the other members of my Indiana church travel group in visiting the great Christian, or formerly Christian, sites of the ancient city, not to mention the numerous Mohammedan sites of note, like Topkaki Palace and the great Blue Mosque.

I find it significant that my little church group’s journey to the great city that’s the fountainhead of our Russian Orthodox faith is occurring at the same time as the Catholic Church suffers through its latest large-scale homosexual sex scandal—its most recent descent into hell. The two events book-end and complement one another, in a way. On the one hand, there’s the return to Constantinople, wellspring of the faith, by a group of New World converts in a spirit of optimism, wonder, and humility. On the other hand, there’s the latest outrage against decency by a corrupt and decrepit Rome that, I suspect, is entering terminal decline, at once morally and as a matter of maintaining its institutional, and its political, power.

I wonder, less in a spirit of hope than in one of pragmatism (it would be wrong to observe the agony of the Catholic Church with anything like hope), whether the Russian Orthodox Church might not reap dividends from the in which Catholicism finds itself. Disillusionment with Catholicism has been good for the membership rolls of Russian Orthodox parishes in the past: Rod Dreher and I are just two of those who left the Catholic Church in disgust over its clerical perversion scandals. We both found a happy refuge in Russian Orthodoxy, a sacramental faith that on an institutional level is comfortable with the stern social conservatism that comes naturally to many of us, and of which post-Vatican II Rome has not been a reliable bulwark.

We Russian Orthodox, especially here in the United States where the Catholic scandals have had a particularly devastating effect, should be particularly energetic in our outreach to disillusioned Catholics. We have the spiritual manna that they need; we can offer them a better spiritual way, and a better church; we must be opportunists for Christ. Yes, to put it brutally, in Catholicism’s disgrace lies Russian Orthodoxy’s opportunity.

I would welcome communications from fellow Russian Orthodox here in the United States, and not only in Indiana, who have creative ideas into how we can practically facilitate what I have too-generally called “outreach” into Catholic communities traumatized by the sin and abuse in their hierarchy. My humble question: How, as a practical matter, can we “make this happen”?