For the first time since 1977, no Pulitzer Prize has been awarded for fiction. 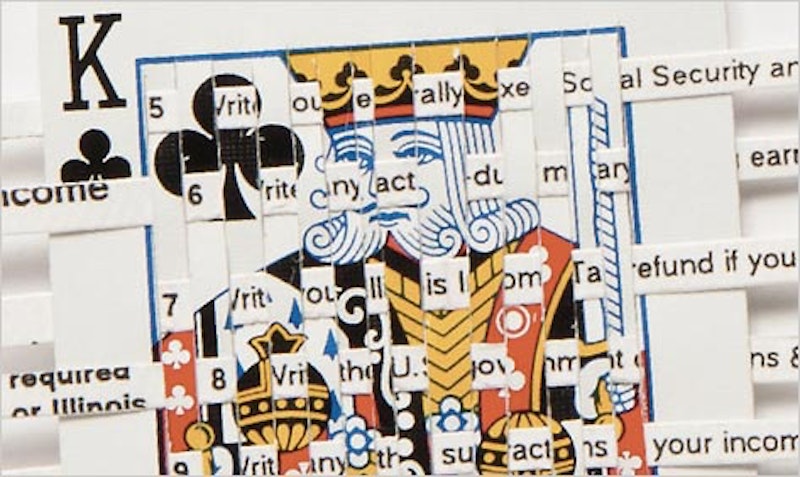 By now, anyone who gives a damn already knows there’s no Pulitzer Prize for fiction this year, despite some exceptionally strong finalist choices: Denis Johnson's Train Dreams, Karen Russell's Swamplandia! and The Pale King, the late David Foster Wallace's last unfinished novel. The Pulitzer Prize Board announced its decision on Monday and since then there's been no end of angry editorializing from book critics, publishers, sellers—not to mention the jurors themselves, who had to read something like 300 books before submitting their recommendations.

GalleyCat rounded up some Twitter reaction from independent booksellers, who rely on awards like the Pulitzer to drum up sales; a fairly representative quote from McNally Jackson: "Well, now I'm sold out of the Pulitzer prize winner. In poetry. #thanksjudges."

If I feel disappointment as a writer and indignation as a reader, I manage to get all the way to rage as a bookseller... [W]hile it’s true that the Pulitzer committee has, since its inception in 1917, declined to award the prize on 10 previous occasions, I can’t imagine there was ever a year we were so in need of the excitement it creates in readers.
All three jurors (Maureen Corrigan, Susan Larson and Michael Cunningham) have since expressed their dismay. "Honestly, I feel angry on behalf of three great American novels," Corrigan said. Cunningham, whose Pulitzer-winning novel The Hours is, let's be honest, not on par with any of the three finalists this year, suggested the committee consider revising its process: "I think there's something amiss in a system where three books this good are presented and there's not a prize."

Arguably, The Pale King deserved the award, if only as a nod to the immense talent lost when David Foster Wallace took his own life in 2008; Wallace, after all, won't be nominated again. But for now, I'm with Susan Larson in hoping that this decision will inspire readers to buy "three books instead of one." And with all three in Amazon's Top 500 as of Tuesday night, maybe no winner is okay after all.