Stranded Along the Trail of Life

I would never say Roberta was stupid. She was cracked and that's a lot more important. 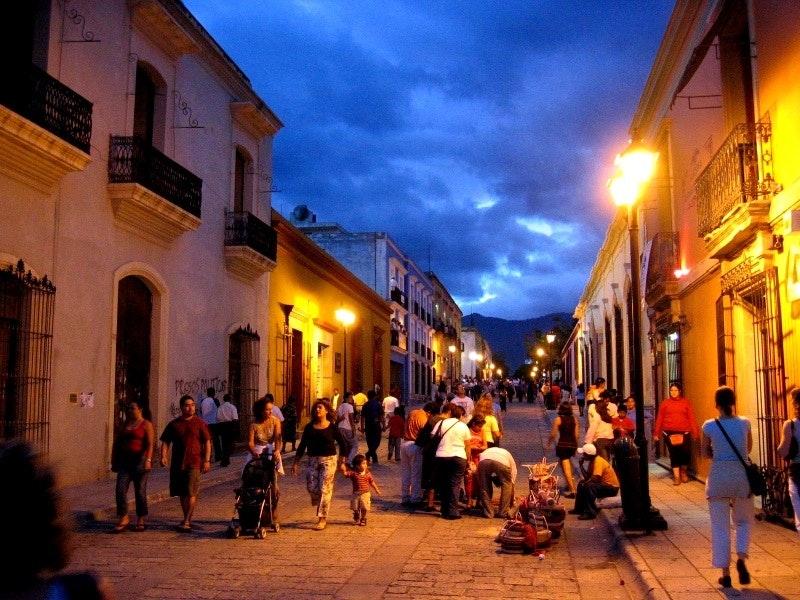 This is a story about someone who didn’t get anywhere. Why she didn’t is another question. Don’t ask me. We knew each other just two weeks, and I was glad to see the last of her. Still, Roberta was an intelligent woman, and she had spark, an I-can-do-it temperament. Show her a problem and it seemed like she would step up and take action that made sense. Seemed. In real life she was out of phase and nothing turned out any good for her.

For example, her Spanish. She talked about how she studied it and how long she’d lived among the Mexicans, and then you heard her speak. She could barely get the words out. She sounded like she was looking them up and she sounded scared. I heard this in the back seat of a taxi cab. We were traveling from her old rooms to a new place, a single room with shared showers. A trip of a few blocks, a few corner turns. But she got panicked.

Maybe this one moment shouldn’t count for much, but it was the only time I heard her speak Spanish. That’s a feature of backpacker life, as the majority of long-term backpackers live it, I think. It’s from behind-the-lines. The tourists aren’t around, but you’re not really on the frontline of those learning the local ways. You’re not entering the local life—life is all over there, in the distance. Small moments are big.

I spent time in a $7-a-day room in Oaxaca. The Pacific was off somewhere else, the high hill towns were off, Chiapas was down that way. I sat in a provincial town and heard about people who worked with street kids or went to dinner with four Mexicans and spoke Spanish. But all I did was read books from the English library, write a comic book script that didn’t get published, and deal with the other people in my pension. Roberta was chief among them.

She was wiry and with high cheekbones, leathery looking. About a week into our acquaintanceship, she walked into the kitchen while I was sitting there and thinking about my insomnia. This was at five in the morning and everything was in a half-light. She told me, in a hushed way, that today she was 50. This bothered her. I know because at some point, either before or after the morning revelation, she told me about an incident at a hostel. There hadn’t been enough rooms, so the travelers doubled up. In her case it was with a young man because, at Roberta’s age, there was judged to be no chance of sexual interaction. Nobody found this remarkable but her.

I was 38 and, it’s true, I thought she was beyond the pale sexually. For me that was unquestioned fact. So instead our friendship, or acquaintanceship, was built around her putting on big sisterly airs and taking me in hand. From my view the arrangement was a case of marathon, endurance-limit humoring. I thought she was decent enough but nuts and beleaguered, as opposed to savvy and in control. How long before she saw what I thought? How long before the ball dropped? A long time, from my experience. I had worked in an office and picked up some skills.

But it was a lousy way to live. So we both had something to hold back, a reason to be uncomfortable. And the relationship lasted just a few weeks. A dozen days, would be my guess. We were at the same backstreet pension, and then her money ran out and she had to relocate. We took the panicky three-block taxi ride, and at the end she was dumped out, left on the floor of her new chamber with—what?—a suitcase and a box of paintings. I think that was it. The chamber with the shared showers was part of a complex made from raw cement; all the rooms looked like showers or locker rooms, including hers. The co-tenants were a group of Mexican young men. She would get her water from a spigot in the courtyard.

Roberta had her I Ching and threw my fortune, and I told her that it had provided me with invaluable advice in re bucking up and finishing my comic script. She asked me if I wanted to smoke a joint with her, and I told her I had to get home and get to work. That was the last time I ever saw her.

Roberta had a grown daughter up in Texas but was not in touch with her. I don’t know the details of that, but I think Roberta was from Texas originally. Then she spent years in Australia and worked on a high-level education report out there. A fellow backpacker, a girl from Australia, said Roberta had to be smart because of the people she’d been to parties with back home, people like—and she named names I didn’t recognize, but they were luminaries in Australia.

I would never say Roberta was stupid. But she was cracked, and that’s a lot more important. Something had gone wrong with her, whether the problem was purely a mental dysfunction or the result of life circumstances. Either way she had wound up in a remote dead end. Less than 10 years before, in Australia, she’d had it made. Now here she was, stranded and trying to tell herself she wasn’t stranded.

At age 50, Roberta thought she was going to be an artist. I don’t know how long she’d been hatching this idea. But she was in the habit of painting, especially when she had marijuana, and she gave me a look at her works. They were terrible. She copied fat red flowers out of photography magazines, and as painted the flowers looked like rust blotches. All right, maybe I didn’t have the eye for what she was showing. But who did? She expected to make her living from these things. She didn’t quite know where, of course. Her plans were definite but changed from day to day. I caught one of these switches. Yesterday she’d said she was heading to San Miguel for the rich-American market. Today she said, in response to some separate argument I was making, that her paintings didn’t need the American dollar, she’d take the Mexican peso. Me: (thrown): “But what about yesterday and San Miguel?” Roberta sagged; she didn’t know what to say. I had hit a life source within her, the belief that she knew how to make a living off her art. She didn’t.

Another example. Because men did not want her at age 50, she would find a woman. From this decision (not acted upon) she derived the principle that everyone on earth was entirely bisexual: Each person was split down the middle, 50-50, and they were all too deluded to put the pieces together. I put forward my idea, that there was a range from person to person. Each person’s mix came out different: 30 percent this, 70 percent that or 45-55, or whatever. Roberta could not take the idea on board. Her response was to give a considered nod, so as to encourage me, and then say: “Right. Fifty-fifty.”

A last brain-stop on her part. We had co-tenants, a stylish young English couple. “And Kate Moss was there,” I heard the girl say one morning, out on the landing; she was describing her wake-up dream. She was pretty and nuts, and often enough would storm about in a passion. The worst came when her boyfriend smiled at a little Mexican girl, one of the children that liked to scamper around the town square and play with the foreigners. The girlfriend flipped out, and when they got back to the pension the rest of us had to listen to her scream; she called him a pervert.

Roberta made excuses for the English girl. Fair enough, but here’s the brain-stop: Roberta couldn’t understand balance. For me to object to the girl’s shouting, she said, was just like tourists in a hostel complaining about not enough privacy. These were the conditions, she said. She couldn’t grasp the idea that one side might put up with a bit and meanwhile the other side might hold itself in a bit. But it’s a common idea. Most backpacker places run on something like that.

That was Roberta. She considered herself fiercely intelligent, but she was off treadle. Basic, necessary things did not occur to her, and she had kept it that way for almost a decade. She had left Australia and the education-policy life seven or eight years before, worked as manager of a landowner’s property near San Christobal and studied her Spanish dictionary, and now, for some reason, her job with the landowner was no more and she had traveled down to this provincial city to save money while she became a successful artist.

I felt sorry for her, but she irritated me. That’s my nature. I hate people who have to be right, and this is sand that will stick in my craw no matter what the other circumstances. I think that, in Roberta’s view, either she kept a firm grip on rightness or else she would find that she had been wrong about anything and was now stranded along life’s trail. So we were doomed not to get along.

Something she said to me, about an ex-lover: He would grow his pelt out in the fall and winter. That’s how she put it, and she sounded fond. To her this was part of being a man, and she liked it. I gather the relationship dated from her Australia days, meaning (I guess) her 30s and 40s. She and this Australian fellow shared a place, and as the seasons passed she liked to watch as his pelt changed along with them.

Finally, something she said while we sat on the floor of her new place, raw concrete around us, the spigot in the yard, the young fellows across the courtyard. I had said something or other, and she darted me a witchy-woman look. “That’s how you get by,” she said, launching her insight. “The playful boy. That’s how you get by with people.” What with the above, and also with one thing or another involving Roberta and other residents of my pension, I decided that this qualified as a last straw. She was too much work, and I was glad to leave her. The Spanish in the cab also weighed in as a factor. She’d spent all those years and gotten nothing.

Which, for me, remains a decent epitaph for Roberta. Not complete, of course, because it leaves out the person who was sidetracked and derailed. But it does sum up the derailment, and that was the central fact of her life. So I present her here as an example, and I admit freely that she isn’t the only one around.