Not a brothel, but a seedy spot underneath Manhattan’s East Side run by a pigeon named Doris—she’s old, mean, and hates horses so much it’s unreal. 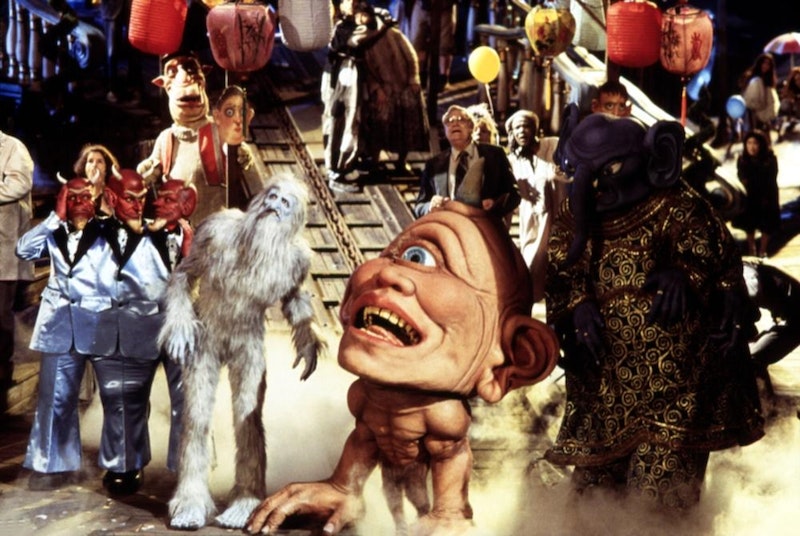 Pictured: The Speckled Pigeon on an average night, 2001

“Only good horse is a dead horse.” Doris kept her medicine hidden from the rest of the hotel’s clients, but Warren was different. He was special. He was privileged. He offered her “night services” and she offered him room, board, and more attention from a landlord than any tenant would ever like or expect. Warren was young, for an opossum (90), but he was wily in his ways and women (in this case, a squirrel) simply adored him, to borrow one of Doris’ many ovon-bláns and recherché—this is the dialect I speak, that of a pigeon, for I am a wandering rooster and this is another entry in my journey to find my way back home again.

Me. I’m finding myself. When I started talking to people (on the Internet) about traveling across the country (with no money), they all said it was important to “look for me.” I’ve been looking for me all my life and all I’ve ever found were Rooster and Monica’s memories, caught second hand… I must end my para-social relationships (sorry, Bumble matches) and free myself of my cousin and his bitch wife. They don’t own me, and I don’t owe them anything. I’m finding the “real me” on this trip—for the first time. Exciting!

“Uh-huh.” Of course I told this all to Doris (a speckled pigeon) when I checked into her hotel, The Speckled Pigeon, a hole in the wall underneath the subway on the East Side. Any animal that could fit in was allowed, but no insects (at the time of writing, this is causing an enormous amount of controversy in the community: boycotts have begun, and Doris has even been “cancelled” in the eyes of many for being an “IRRT”—Insect Rejecting Radical Tetrapod). A few weeks ago, there were lots of pigeons in town after St. Patrick’s Day, still drunk and speedy off of cocaine residue in the street. “Degenerates.” Doris had no time for “losers,” as she called them, and when I mentioned that she sounded like the recently deposed President, Donald Trump, she retorted, “Good. I like that. I miss him. I miss having him as our President. At least he knew when to tell people to go fuck themselves.”

Doris drank too much, and even if I was only there for three weeks, I saw how much vodka she drank. It was abnormal. She was addicted to MSNBC, and had to have the remote pried from her talons when customers came into the bar asking her to turn down the blaring Rachel Maddow or Chris Hayes or Joy Reid show she was listening to at full volume so that the entire block could hear. We run a tight ship down here with the other animals, and I abide by Doris’ no insect policy in my personal life, as well—that goes for figurative insects, too, so one day, after a particularly grinding four hours of Russia reports and Joe Biden praise, I spur-clawed Doris in the head and accidentally killed her.

Obviously I haven’t been back to The Speckled Pigeon since then. There are no warrants out for my arrest, and I will face no charges or penalties for publishing this article, and admission of my guilt. That is how cheap animal life is on this planet, in a world run by foolish and violent humans bent on their own self-destruction at the behest of the rest of us. Well I say that’s not my business. I don’t want to be a dictator. I just want to be a degenerate, and to have the freedom to do so, in an environment that isn’t always safe or free or pleasant or easy to get into. I want danger and excitement in my life, and if that means bird slaughter, so be it. Vivre Sa Vie: my life to live.

Lately I’ve taken to gathering with above-ground animals in more civilized “outsider” communities, often in suburban or rural areas where all the raccoons and opossums gather at the same Kroger/McDonald’s/Starbucks complex and chow down on dumpster treaties. There are treasures in there if you go looking. But never go to Dunkin Donuts, ever—they trick you with the false promise of mountains of free cake and sugar, but they put rat poison in everything they throw out. Doris told me that.

Doris also told me why she hated horses so much. She was clearly jealous. Why? “They don’t need all that dick. They’re hogging. Don’t tell me they’re not hogging, sweetie.”