Big Pharma and the Frisbee

I’m way too scared to drop acid now, but I’ve determined a way to stay involved in the mind-altering substance arena. 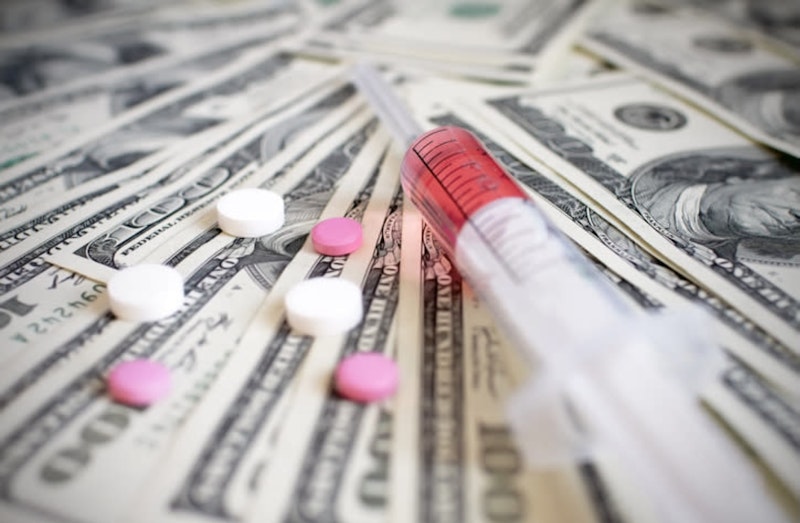 One summer night years ago, in Hempstead, New York, on a dead sprint, I jumped to catch a Frisbee. I extended my left arm as far as I could, and snatched the disc out of the air. The throw had been way off line, far over my head, but I ran and made the catch, knowing the entire way that if I could just get there, I’d surely bring it down.

My certainty was borne of the fact that the Frisbee, round and blue, was different this time. It wasn’t, in my sight, a single Frisbee. It was a moving circle with about eight parts. A line of blue circles in the night sky, any one of which, if I closed my grip, I’d catch.

This change, this delightful enhancement to my normally terrible eyesight—I was born without sight in my right eye—happened as a direct result of the ingestion of LSD. Dropping a half-tab of blotter acid made significant changes to the way I saw the world for a few hours. Aside from catching moving objects like Willie Mays, I could hustle a game of bumper pool at the local pub. Once I struck a pool ball, there was an almost solid trail between the cue and the pocket, made up of many red balls. Scientists (or my frat brother) explained this was because the acid closed normal gaps in the electric impulses in your brain. I have no real understanding if this is true, but it sounds right, especially when you’re tripping.

I’m way too scared to drop acid now, but I’ve determined a way to stay involved in the mind-altering substance arena. A business newsletter presented an article about a company called Compass Pathways, PLC. They bill themselves as a “mental health care company,” and they have a “programme” that aims to treat depression with psilocybin. I wont share much detail about my experience with mushrooms at a Grateful Dead show at the Carrier Dome, other than to say that I thought Jerry Garcia was somehow aware I’d been fired from my job earlier that day. Why else would the band have opened the show with “Keep Your Day Job”?

Compass Pathways isn’t the only company to try this science. Mind Medicine begins trading on the NASDAQ this week, and ATAI Life Sciences is a company based in Berlin that has backing from Peter Thiel, the billionaire co-founder of PayPal. ATAI stresses the differences in their technology and use of both psychedelic and non-psychedelic therapies. They point out that commonly prescribed SSRIs (selective serotonin reuptake inhibitors) can take several months to work, and that side effects can be detrimental. ATAI aims to “responsibly accelerate the development of new medicines.” Accelerating development is the new way, given how quickly Big Pharma was able to bring us COVID vaccines. They’re not trouble-free, but industry partners pooling resources seems like good practice to me.

Compass says that psilocybin therapy combines the use of the compound with psychological support. They say they’ve developed a synthesized formulation of psilocybin known as COMP 360, and development and testing continues. They say they’re looking to use the drug in treatment-resistant depression cases. That’s categorized as treatment with at least two medicines that has shown little or no positive result.

This research and testing among several companies likely will begin a cycle with which we’re familiar. Drug developed. Drug tested, application for common use made. And then, we wait. It’s a really good bet that when the FDA gets working on approvals for prescription “acid,” we may be in for an uphill climb, and a lengthy process. As more companies attempt to bring products to market, and more investors add money, the logical progression says we should eventually see a safe, effective medicine.

Depression is “the leading cause of disability and ill health, worldwide.” That makes it big business, and in itself, that’s not news. Getting to a place where we may treat it, legally, with psilocybin, that’s worth noting. Twenty dollars in my Stash account went to purchase some Compass Pathways stock today. The Frisbee is in the garage.