The Book With The Predictable Ending

The Girl With The Dragon Tattoo managed to turn a bundle of clichés into a mystery-suspense phenomenon with one clever twist. 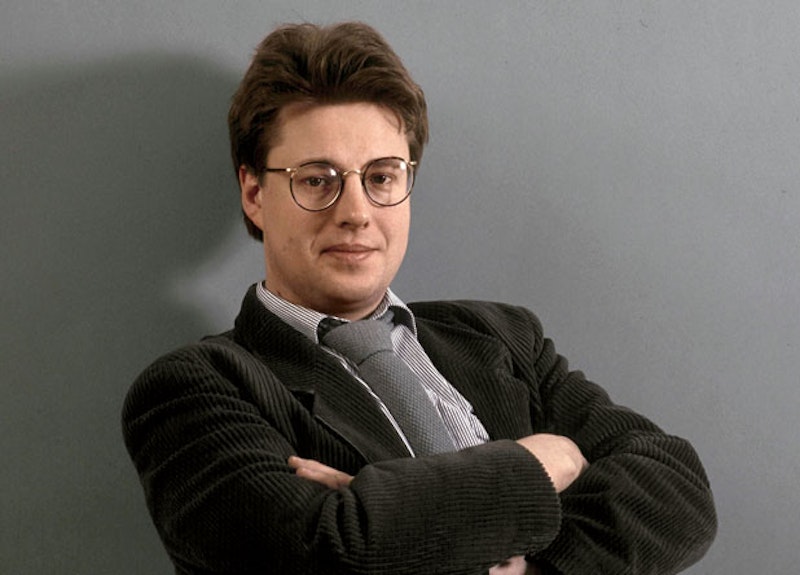 The world’s best-known mystery-suspense novel is a clinker. I mean The Girl with the Dragon Tattoo, the first novel in the Millennium series. The book has sold 15 million copies around the world, and the trilogy as a whole has sold 27 million. That’s a phenomenon, and we owe it all to the late Stieg Larsson, the overburdened editor-in-chief of a Swedish anti-Nazi magazine. He sat up at night and poured his dreams into manuscript form, and in doing so he hit a chord, a very deep one. It must be deep because Dragon Tattoo, as a thriller, doesn’t pull its weight. Put it this way: The book has two surprise revelations, I guessed both, and I’m not good at guessing mysteries. A mystery-thriller may be poor literature and still work. But Dragon doesn’t work; it just resonates. It whacks the hell out of a secret gong hidden in the psyche of millions of people.

You can see how, sitting at his kitchen table past midnight, the author would have found much to like in his text. The hero is a journalist, like him, and in his mid-40s, like him, but a mid-40s journalist who runs and keeps in shape, appears a lot on TV and takes on one of the most powerful men in the country. I’d guess that a thousand manuscripts like this get written out each year, amateur wish-fulfillment chronicles that make their creators feel better but that remain amateur. As a novel, Dragon is hapless. The heroine is a bundle of gimmicks (bisexual, pierced, a street kid, a genius), and the other characters don’t rise above being smudges. The book has to do with computers, and reportedly Larsson didn’t know all that much about them. I can believe that. The heroine is a computer hacker, and in practice this means that computers give her whatever she needs to know for the plot to move forward. A friend of hers is a mechanical genius, so he comes up with a nonexistent device that brings down the empire of the hero’s corporate-tycoon foe. The friend comes up with the device in one page; actually, in one sentence.

The hero and heroine solve the mysteries by means of hard, cunning work and longshot coincidences that the book does us the courtesy of acknowledging. (Could the Scandinavian farming couple possibly have kept those holiday snaps from long ago?) Then the hero is captured by the murderer, trussed up with chains and a collar around his neck, and condemned to listen to the murderer’s taunts way down in the carefully concealed dungeon beneath the killer’s home, a dungeon where through meticulous planning and cold resolve the monster has managed to imprison and kill a stream of helpless women going back decades, all without being suspected by the outside world. But the heroine still bursts in and saves the day. How did she get in there? “Martin had been careless. He left the door to his chamber of horrors ajar, and she was able to form a clear impression of the situation.” The killer left the door open.

The heroine breaks up the nightmare scene with this ringing, translated declaration: “Hey, you fucking creep, in this shithole I’ve got a monopoly on that one.” I’ll explain. The heroine has been getting it on with the hero, and the killer was just about to kiss the hero on the lips (“I’ve always wondered how a man tastes”). Which brings us to the only explanation I can think of for the book’s success.

The two most extreme, marked elements in this ramshackle novel are its preoccupation with male violence against women and it’s assigning the hero a role that normally goes to the damsel in distress. The first of these elements isn’t really so unusual; if you want them, you can find plenty of books, fictional or otherwise, that deplore male-on-female violence. But this man-as-damsel business is a bit rare. So I would guess that’s the chord being struck here, the secret of Stieg Larsson’s phenomenal success.

In theory the hero is a force to be reckoned with, a man who succeeds with women, a maverick who doesn’t mind making enemies. In practice he’s a bit of a leaf. He has to be rescued from plot complications by a benevolent millionaire. He has sex because he doesn’t mind sharing his regular girlfriend with her husband, because a girl (the heroine) straddles him, and because an older woman plants her leg in front of his nose and tells him to go at it. He’s a grown man, but people keep calling him the Swedish equivalent of kiddo. That is, his name resembles that of a popular Swedish character who’s a boy detective, and all through his career people have called him by the character’s name. Why did the author plant this frill of a detail? Because it signals the character’s actual status, as opposed to his official status. He ain’t a man.

In the dungeon scene he’s taken all the way to the damsel. Not just a female, but a helpless female who’s about to suffer an outrage. Note how carefully the traditional damsel-in-distress scene is reproduced: dungeon, chains, imperiled virtue. The set-up is so antiquated that you’d think sophisticates intrigued by computer hacking and skinny, punked-out heroines would laugh it off the page. The villain even gives the imprisoned hero a long talk so as to fill him in on his dastardly schemes (“Shut up, for God’s sake,” the hero thinks). Villains did this on the Batman TV show when I was a kid, as a spoof of the old comic books and serials. The Incredibles pulled the same gag a few years ago and did it quite well. Really, for as long as I’ve been alive people have been joking about the hoary old wheeze of the conveniently long-winded villain.

But Dragon was published in a different world, one inhabited by millions of people who can accept this cliché not as a cliché but as the way things must be. Of course, the hero must be chained up and helpless. Of course, the villain’s lips must approach his, with an outrage about to be committed. To them the episode isn’t a joke; it’s the legitimate climax to a thriller. I never knew these people were there; perhaps they didn’t know either, not until they saw the dream-scene being played out on the page in front of them.

Make the tableau’s centerpiece a girl and it wouldn’t play at all. The cliché would be too obvious. But make the damsel a man and, apparently, nobody will even notice how ancient the material is. The dungeon scene just strikes them as fresh and lively. My guess is that this is because the scene is giving them what they want, and what they want, at a sub-basement level of their souls, is to see a man in the role of damsel, trussed up, tortured and about to be violated.