Why Post-Modern Fiction is Worth Reading

Joseph McElroy's Night Soul and Other Stories is a rewarding challenge. 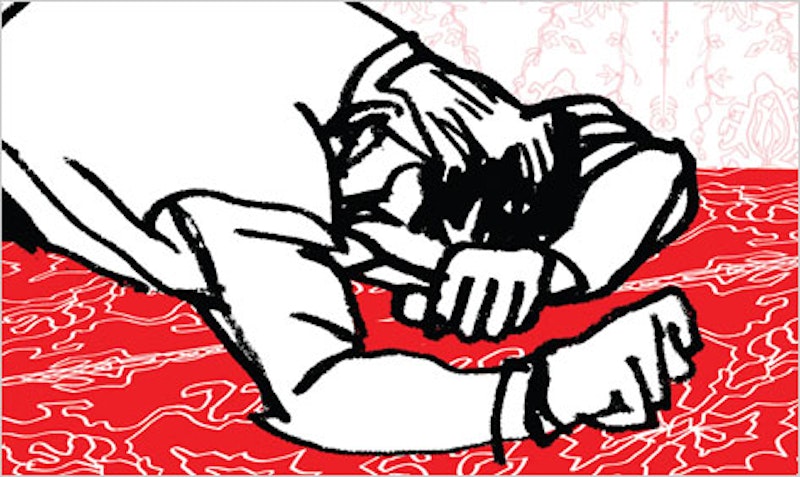 Joseph McElroy isn’t a name you’ll ever find on a bestseller list. Recognized as an experimental and difficult-to-read author, he is quietly leasing a berth of popularity. The Amazon page for Night Soul and Other Stories, his most recent publication, has zero customer reviews although 87 percent of viewers ultimately buy the book. Maybe it’s the company he holds. The back of the book jacket reads, “Regularly compared to… Thomas Pynchon, William Gaddis, and Don DeLillo.” Almost all reviewers name-drop the above post-modern masters in various combinations as a subtle, closed-off, middle-of-the-Venn-diagram point of literary separation in order to scare the average reader away—as if to say “Only read McElroy if you can slog and have slogged through these other guys. Otherwise, tough luck.”

McElroy’s writing is tough, reading. But it is a strange tough, theoretically easy for someone in middle school to read while realistically hard due to depth and composition. Click all the way through a quick spell and grammar check on MSWord, and at the end you’ll be rewarded with a box of numbers that have been calculated by the following equations. Skip the next inch of writing if you do not enjoy seemingly random numbers.

Rudolf Flesch was commissioned by the Navy to develop the above tests to gauge levels of readability. Flesch says in The Art of Readable Writing, “The more you know about the kind of person you are writing for, the better you’ll write.” A common idea, write for your audience, but then, Flesch went a step further by figuring out audience readability and interest levels. The bigger the words and the bigger the sentences, the less likely a reader will be able to read. The more humans involved, the more interest evoked. We want short. We want to-the-point. We want us.

Of course there’s more to it. Use dialogue, name your characters, and treat grammar books as guidance councilors and not as commandments. Pose a style that includes the reader. And his golden rule: write like you talk.

Post-modern writing is not known for its readability; McElroy does not write like you talk. And yet the FREL for the first 500 words of Night Soul comes in at 75.95 with a FKGL of 6.55. That means a seventh-grader should be able to read McElroy without a hitch. The numbers say the intended audience is barely a year away from high school, but the way in which McElroy and other post-modern writers write is more mental than sonic thus delivering some ungainly reading. Disjointed subjects without predicates. Repetition of words. Jumps in character perspective. If we see sentences as mathematical equations, McElroy rearranges their order into something we don’t usually encounter and therefore he creates momentary confusion.

Take for example the second paragraph from the story “Silk, or the Woman with the Bike”:

It was a job, the new job the man went to by choice in the very late-afternoon rush hour by bike, subway, bike. He took his bike on the subway thinking ahead, to what he did yesterday, the day before, and the day before that, and what he again would do today adjusting ring clamps on tissue baths mouthed to steel support rods. His pride was the bind that somehow got absorbed in these underground motions of vehicle within vehicle enclosing him. A bike in a subway car. Spinning wheels at rest for six stops inside the clamorous song of the train. Tracking the tunnel forgetting what his new job was not.
Intuitively, these sentences find depth in the way they are formed. Right from the beginning we use our grammar school comma rules to follow the second clause from bike to… bike? That can’t be right. Well, let’s look at the next, his list of thoughts about yesterday, then the day before, but then today? The character’s list jumps rope with time, just like an honest, transit-incarcerated tangential stream of consciousness. We, the FKGL 7.9 graders that we’ve been tested as, should mathematically be able to see the light, except this stuff is hard. So, let’s take another step back.

Flesch speaks of the physical process of reading, how our eyes and mind work together. “Reading is really a miracle: Your eyes pick up groups of words in split-second time and your mind keeps these words in delicate balance until it gets around to a point where they make sense.” What comes before and after a word or sentence is very important. McElroy’s sentences, short and full of small words, are structured in such a way that the reader is required to look again to find the context.

“It was a job,” opens the first sentence of the story as well as the aforementioned paragraph.  Double meanings abound (method of money, method of travel) adding to the connective thread throughout. You should know this story is about a man collecting silk from spiders and ants for commercial use, but also, how this man meets a woman on a subway. Though you don’t know that thus far. You see, context is earned through progression. You have to work and remember.

Here is another small but easy example. “[T]hese underground motions of vehicle within vehicle enclosing him.” What is talking about, a vehicle within a vehicle? That doesn’t make sense. But then, “A bike in a subway car.” Oh, the bike’s in the subway car. That’s the vehicle inside the vehicle, a simple conclusion that takes work to understand.

Although Flesch’s tests neglect sentence structure, he takes into account the artistic sensibility’s love of the obscure, thus dissolving full culpability. “Meanwhile, of course, it’s hard for people like you and me to say what we think in the hushed atmosphere of the temples of literature. It’s like criticizing modern art or music or poetry. We are told that we are not supposed to understand it, and made to feel thoroughly ashamed of ourselves.” It isn’t that hard to understand the writing after a little thinking. The post-modern greats excel at confusing, but it’s not an impenetrable temple. Night Stories is easy in terms of readability, hard in terms of context, and definitely worth reading.