It’s always in the eyes, and mine were demonic. 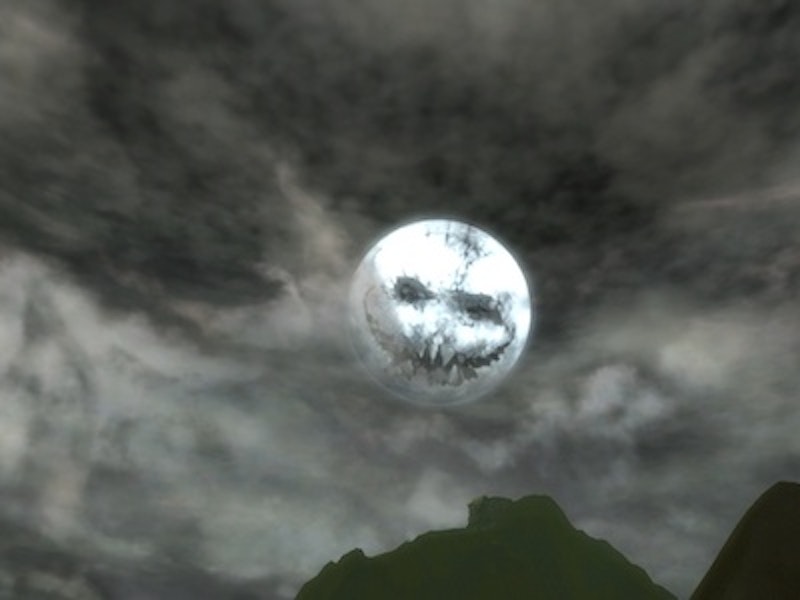 By the early morning of Guy Fawkes Night in November 2017, I’d been awake (and homeless) since Halloween. Somehow, after wandering the streets for days, I’d found myself in a terrifyingly Satanic-looking park in Shepherd’s Bush Green. Buckminster Fuller once said: “Up to the Twentieth Century, reality was everything humans could touch, smell, see and hear. Since the initial publication of the chart of the electromagnetic spectrum, humans have learned that what they can touch, smell, see, and hear is less than one-millionth of reality.”

I have a diagnosis of Bipolar Affective Disorder, dating from 2002, shortly before the second Gulf War. This is the most logical explanation (although Fuller has a point) of why I’d been followed by a demonic looking moon all night. It didn’t have its usual, sad, pensive face, but the impression of a psychotic ghoul, with squinting eyes, evil smile and claws to either side. Suddenly it fell halfway out of the sky, only to reappear later. A kind German student took pity on me and called my mother to tell her I’d be on the first train home in the morning.

I’ve been sectioned countless times in the past 16 years under the Mental Health Act of 1983: in Colchester, Canterbury, Farnborough, the Secure Unit in Woolwich (three times) and Edinburgh (which inspired by failed debut novel). No psychiatrist (until my most recent admission after I was caught up in savage violence in my hometown) has ever made any attempt to explain what Bipolar actually is. The low budget of NHS mental health services saw me drift into hard drug addiction, petty crime, deep depression, massive weight gain, and frustrated psychopathy. My thoughts were filled with cruel fantasies of torture and revenge.

As I referred to in a previous Splice article it’s always in the eyes, and mine were demonic. However, my nephew was born and his beauty and innocence gave me the strength to quit hard drugs. In fact, the love I have for him has turned my evil side to good. This is my understanding of bipolar, where un-medicated, sleep-deprived hallucinations become more and more common as the condition develops. It’s a personal war fought by the sufferer between the forces of good and the forces of evil within them. Kanye West, another sufferer, called himself a “superhero” and not a victim on one of his latest tracks, and that’s how I feel. Bipolar often inspires enormous creative energy and talent. It also inspired Columbine. There are negative and positive energies, and the bipolar sufferer must fight between the two.

As I expected, I was hospitalized after witnessing the moon fall from the sky while homeless, and remember one unhappy night, when, sneaking in a pack of cigarettes, I smoked out of my window to see that the evil moon was back. Tom Montalk wrote: "The moon is more than just a pale satellite of interest to poets and astronomers. Its influence goes beyond merely creating ocean tides or driving biological cycles. More importantly, the moon exerts a significant influence upon the mechanical, emotional, and psychological states in man. The werewolf myth and superstition concerning full moon lunacy are not far from the truth. Certain lunar phases heighten the possibility for emotionally draining situations and stimulate reactivity and sensitivity in vulnerable individuals.

I’ll spend up to two years at a Mental Health Recovery center. I take eight Clonazapam a day, 300 mg of Lithium, and a depot injection of Arapriprosol in the arm once a month. I also do 140 press-ups a day, eat well, and spend my time reading, writing and creating rap music. It’s sad that I haven’t been allowed a normal life, a job, wife, kids, but the important thing is to fight the evil that has often taken me over. I had a traumatic childhood, often the cause of the good/evil bipolar dichotomy. Right now my eyes are kind and I’m dedicated to my journalism.