The Night is Upon Us, The Doors Are Unlocked and The Hallway is Very Short

The story of the boy who saved the maid from the Boston Strangler. 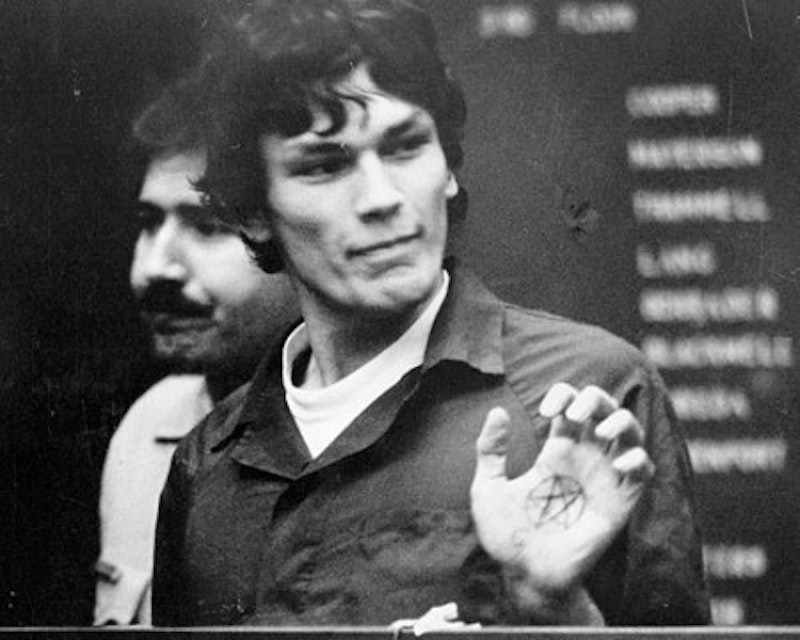 During a warm summer night in 1958, a young boy awoke to the sounds of muffled screams. Weston, Connecticut was, at that time, a rural expanse of woods and farmland, just in the early stages of the migration of white, primarily Protestant youthful families eager to escape New York City. The commute by car into Manhattan on the Merritt Parkway was tedious, but traffic was not an issue for many years yet, and the train from Westport, which was the preferred passage, was a 15-20 minute drive away.

In 1958, the New Haven Railroads commuter cars were almost all filled with men, indistinguishable in their hats, briefcases and white shirts, although there were slight differences in occupational traditions. The advertising men still wore traditional English style bowlers. Where there were women, they were dressed as if from an advertisement right out of Life magazine, or for the more accomplished amongst them, a cutout of the haute couture look and elegance of a shoot from Fifth Avenue Magazine. It was a town of unlocked doors, sleep-in maids (housekeeper was a later PC iteration) and little to no crime; it was all that the first major migration of professionals out of the city had expected.

One did not usually awaken to screams in Weston. The night was a symphony of summer crickets and katydids, commingled with the sounds of the wind through the forests of birch and pines, the kind of trees that populated the former farms, long ago abandoned but for the many stonewalls that once demarcated the farmed lands. Perhaps those spared from clearing or for boat building, lumber or heating, had once, within the memories of the oldest chestnuts and oaks, enveloped in cool shade the Mashantucket Pequot Indians and other tribes of the area now occupied by immigrants from the increasing ethic chaos of post-war New York.

The young boy did not know fear yet, at least the kind that a scream would generate. Fear of snakes, of the black lab running away again, of falling off the swings in the backyard, of the long rides to visit the grandparents on Park Ave. despite the comfort of the black limousine and the chauffer that had become a friend, but not fear of a women’s scream. So padding down the long hallway to the maids’ rooms, once the hall lights had been switched on, was a relatively fearless endeavor. The door was open, the lights were on and there in the center of the room stood a man and the maid, Cecilia, her clothes ripped and hanging loosely, blood running down her face from unseen punches and the man, in dark clothes had his hands around her neck as she struggled wildly to breath.

The entire scene froze like an old movie reel on a broken projector, for what was likely only a few seconds, but seemed like an eternity to the boy. “Stop, Stop!” the words blurted forcefully out of the child’s mouth shattering the stillness, before the resumption of Cecilia’s frantic screams. The man looked up, dropped his hands from her throat and suddenly ran towards the boy, punching him hard in the stomach and knocking him back against the far wall of the hallway. The intruder, attempted murderer and silent sprinter, was down the full length of the hallway and the stairs leading to the front door by the time the boy was able to recover. Still not knowing fear, as many children less privileged by his age would, the little pajama clad boy ran after the man, yelling for him to “come back, come back.”

Besides a few vague, misty memories of early childhood, this event still lingers in memory and became the parental excuse for avoiding all blame and responsibility for any issues the child had as he grew into manhood. The boy’s parents had been in the city for the evening, another gala event of some sort. The father was an advertising executive born of the privileges money brought in the pre-war New York. The mother, still recognized for her cover on Life and the many stories that followed, though by now, Walter Winchell rarely commented on her as often as he had after 1948. The state police came, the cars with single whirling red lights, the broad Canadian Mounty-like hats and high leather jackboots that were standard garb for the state police back in 1958. The press made it a big story, from the Herald, Times and others came the story of the boy who saved the maid. Today, such an event might not merit mention at all.

They never caught the intruder, he had run off into the woods where they found a bike he may have used to get to there, and plenty of other evidence of his presence. Cecilia, who had taken care of the boy and his brother for most of their years, left a few weeks later back to Honduras or one of those countries, writing the occasional postcard and happy to be alive. Years later, a man named Albert DeSalvo, nicknamed “The Boston Strangler,” informed his captors that he had been in the area of Connecticut at the same exact time of the events seared into the boy’s mind. He confessed that he had executed a few burglaries, but no more. After DeSalvo’s capture, the local police came by the house that the boy, his brother, the black lab and parents had moved into in Westport, the town next door. They informed them that, though they were not going to pursue it, they felt very strongly that the intruder, the man that almost strangled the beloved maid and knocked down the young boy was, in fact, the Boston Strangler.

Far worse things happen everywhere in the world to five-year-old boys, every day of the year both then and now. What was once a story in every major newspaper in the region, even as far as a print on the West Coast, might now be considered far too insignificant, of no interest in a world inured to the grotesque and the obscene. After all, when the story came out, it was an attack on the tranquility of household by a mere stranger, not the Boston Strangler. Of course, today it is certainly possible that the young hero boy, as a rather handsome and intelligent lad would have been asked to make the rounds of the morning talk shows after all. We shall never know.

Times have changed since 1958, but I will always remember that night regardless. Perhaps my parents were correct, at least partially. Perhaps my fears about the lurking threats, the strangling hands that are down the hallway, are fears that I have exhumed and transposed to my concerns about America, our freedoms and a future that is looking increasingly dangerous. Or, as I believe is the case, I have just been sensitized to the fact that unlocked doors, unwary, sleeping citizens might just wake up soon to witness the death of a civilization, of a nation, under the stranglehold of a fascist, police state.  America sleeps, our nation’s energy sapped of its former strength by propaganda machinery that knows no equal, working 24/7 on a civically illiterate and intentionally dumbed down population. The term citizen belongs only to those who are knowledgeably engaged in our once great democracy. There are few citizens left.

The night is upon us, the doors are unlocked and the hallway is very short.