Generations are for marketing. 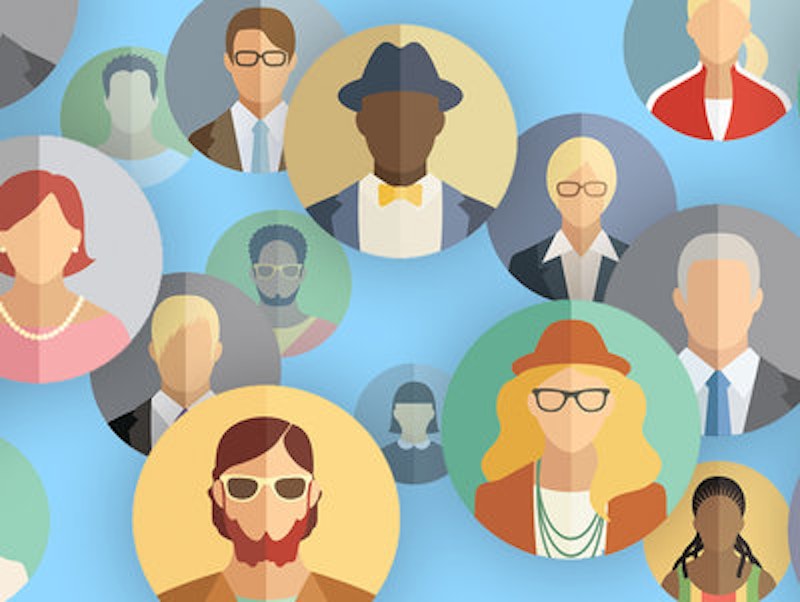 According to the Chinese Zodiac, this is a Fire Rooster year. People born in Fire Rooster years are trustworthy, all 100 million of them. Typical Fire Roosters include Spike Lee and Vanna White, who might almost be the same person.

According to Dr. Jill Novak of Texas A&M (on marketingteacher.com), Greatests are assertive and energetic doers who are community-minded and monogamous. Boomers are self-righteous, self-centered and revolutionary. Xers are very individualistic and feel misunderstood. Millennials are always on social media and respect authority; they remind me of Earth Roosters. Generation Z can't put down its cell phone.

My own research, on the other hand, has led me to the hypothesis that, across a population, human beings reproduce continuously rather than all at once in a sexual conflagration every 20 years (though the lengths of generations seem to vary). There are bulges and dips in reproduction, but there’s no reason that they should specifically correlate with cultural trends or personality types, and after the boom generation our zodiac doesn’t really correspond with increases and decreases in birth rate.

What typically goes wrong in social and even physical science goes wrong in the initial set-up, or the framework of categories with which you start. If you take any given population, say those born 1945-65, and compare them with people born, say, 1925-45, you will find differences, for example in religious belief, family structures and media consumption. This would also be true if you instead took those born 1935-55 and 1955-75. It would also be true if you grouped together those born 1925-35 with those born 1985-95 as a single cohort. For any arbitrarily-defined group and almost any set of demographic categories, apparently significant correlations emerge.

Perhaps we’re characterized by our common formative experiences. Just as I’m an Earth Dog, I’m a Boomer. "We" were inspired by the election of John F. Kennedy (I was two), driven to despair by the assassination, when we lost our youthful ideals (I was five, really had no idea what was going on); Bob Dylan and Beatles arrived like a thunderclap (they were old hat by the time I got interested in music; I sort of hate them both); then we met up in Woodstock for free love (I was 10).

At best, our horoscope applies only to bourgeois white American people ("we" grew up on television, on Facebook, in suburbia, had helicopter parents, listened to Dylan, are children of divorce), but it fits even any one of us very badly.

Here's a human dilemma: we face a bristling complex reality, and we have a need or an impulse get some sort of grasp on it. We start fitting individuals into general categories, and then the general categories start taking on a life of their own. When we do this with one another, we produce collective agents that seem to help us gain some grasp of history. The collective agents might be classes, for example, or nations, or races.

When we use them to represent history in a few broad strokes, we turn them into something like human individuals, endowed with persistent identities and indeed whole personalities and physiognomies. In the 19th and 20th centuries, many people believed that races were the basic actors in history, and that Caucasoids were intrinsically industrious and ingenious, Negroids spiritual and musical, and so on. This was supposed to explain human history.

You can't understand millions of individual people, so you roll them up and represent them as a few people, each of whom is apparently a crystallization or conflation of the people in the problematic categories with which one started. You start to understand history as a contest among caricatures. "The Negro" or "the proletariat" or "the German people" or "Gen X" is the whole group represented as a single person. This allows you to think that you can understand people you don't know at all, and the direction of history. But it all rests on the initial set of categories, which are often completely indefensible, and often serve some specific people's purposes or power.

Generations are for marketing. Well, race was for worse things. It's fun to play around with the stereotypes and clichés, and it's not that a lot of traditional-age college students aren't addicted to their cell phones. It's just that the whole set of categories is conceptually indefensible. It convinces everyone from Harvard demographers to Joe Watercooler that they understand something that’s out there, but which they put there to begin with.

At this point, understanding and even marketing could only be enhanced if we wiped these categories clean and tried something else.