Existentialism in the Trump era. 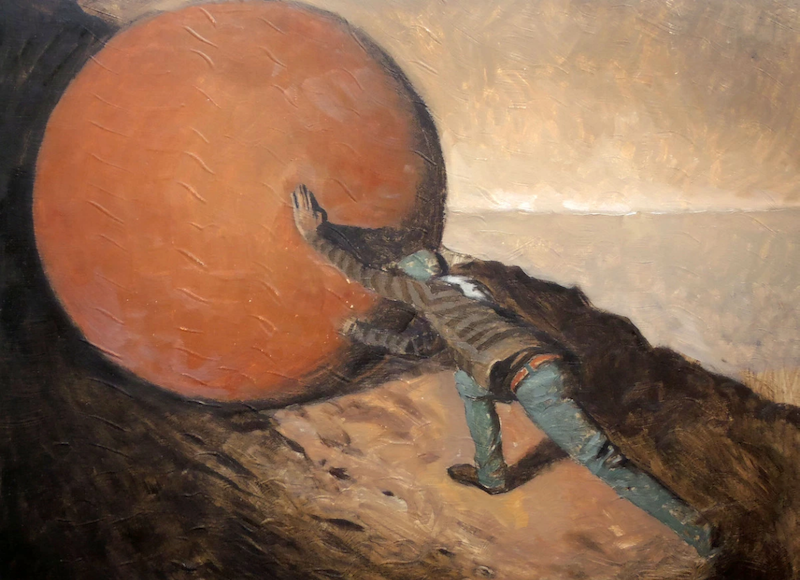 I’m writing on the 16th anniversary of 9/11. Rather than tick off the obvious: where I was, changes in American culture and discussions about religion, I’ll relate how 9/11 first brought me face to face with the Absurd.

I first discovered existentialism shortly before 9/11. A friend at the time had a blog called “On Being and Nothingness,” and while she said there was no real reason for the title, I went to the library and started reading Jean-Paul Sartre, Albert Camus, and Soren Kierkegaard. Sartre’s Being and Nothingness was too much for me at the time, but I instantly connected with Camus’ more approachable style. It was Camus who first taught me about the Absurd: humankind’s futile attempt to find meaning in a life that has none. I was a Christian back then, so I thought Camus was just a nihilist and didn’t take him too seriously.

Then came 9/11. In the days following the attacks, I felt this deep unease in my stomach, as if all illusions of a moral arc bending towards justice suddenly disappeared. It didn’t help that 9/11 happened during my second week of college. Childhood was over, and I was entering an adult world full of violence and chaos, one falling apart underneath an apathetic sky. Maybe Camus was right all along, I thought.

The years following 9/11 didn’t help: the war in Iraq, Hurricane Katrina, tensions with North Korea, the financial meltdown of 2008, and so on. There was hope in 2009 with the Obama inauguration; he was everything Bush wasn’t. It seemed like the Obama administration was a sign that the moral arc of the universe did, in fact, bend towards justice, but then Trump was elected. Now everyone’s back on the edge of their seats waiting for the next disaster to happen. Camus’ idea of the Absurd seems truer than ever.

The opening lines of Camus’ The Myth of Sisyphus keeps running through my head:

There is but one truly serious philosophical problem, and that is suicide. Judging whether life is or is not worth living amounts to answering the fundamental question of philosophy. All the rest—whether or not the world has three dimensions, whether the mind has nine or twelve categories—comes afterwards.

I have to be honest; sometimes I don’t think life is worth living. Every day I wake up trembling over what Trump is about to do. Is this the day he pushes the button? Will he make it illegal for me, a queer trans person, to exist? Will he continue ignoring climate change as hurricanes drown out the South? My personal life doesn’t make things better, either. Ever since I lost my job back in January, I’ve been scrambling to make enough money to pay the bills. Why bother going on if nothing gets better?

According to Camus, meaning doesn’t come from an outside source; it’s from acknowledging the Absurd, and then creating meaning for one’s own life. He illustrates this by using Sisyphus as a metaphor. He’s sentenced by the gods to roll a rock up a hill only to see it roll back down the hill for all eternity. But instead of complaining, Sisyphus accepts his situation and decides to keep pushing. Only Sisyphus can make meaning out of his situation, and the same goes for us. “One must imagine Sisyphus happy,” Camus concludes.

And so here I am today making peace with the Absurd, and deciding to keep pushing that damn rock up the hill.