Thirty-five years of memories from the Island. 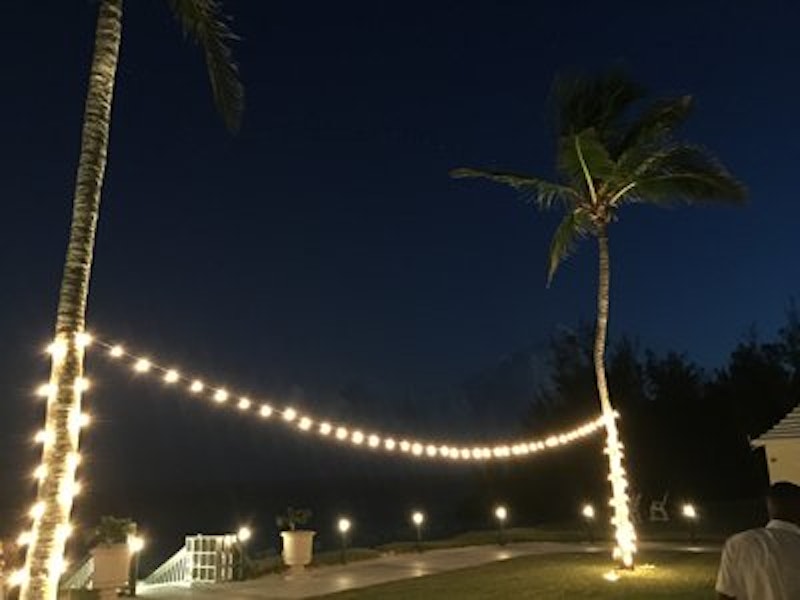 The number of times I’ve visited Bermuda is—a rough guess—in the high double digits, and while each trip has its highlights, in the aggregate, when I’m riding in a cab to either Hamilton or St. George, sometimes the entire tableau blurs in my head, like when you’re whizzing past one magnificent pastel-colored house after another. This came to mind last Saturday when my son Nicky and I were on an excursion, and we passed—as always—the roadside Swizzle Inn. I first spent way too many hours at the bar/restaurant 35 years ago, killing time before a departure back to Baltimore, accompanied by a couple of my brothers, the oldest of whom had rented a house on the Island for the summer. At the time, I hadn’t, as the expression went, two nickels to rub together, so the five-day luxe escape from the city was a treat. Trouble was, upon arriving at the airport that August day, I was seriously sloshed, having swizzled one Gosling’s rum & lime juice after another. Going into work the next day, I could barely focus on the latest copy of Boston’s The Real Paper, which unveiled a redesign—quarter-fold to tabloid—in a last-ditch effort to compete with arch-rival Boston Phoenix. Didn’t work: the weekly went bust the following year.

I spent Christmas of 1989 with my brother Gary, sister-in-law Teresa and their young son Quinn at their home in Bermuda—the day irascible Yankees manager Billy Martin was found dead in a ditch—and aside from holiday merriment and a goose dinner, what I remember most vividly was a really nasty hailstorm that hurled pellets the size of golf balls, with a howling wind to match. I thought it was pretty cool—and a nifty prelude to a trip I’d take with my nephew Caleb a few days later to Seoul, Hong Kong, Bangkok and Sydney—although that enthusiasm wasn’t matched by my hosts, who had to inspect and clean up the damage to their property.

We’ve had a number of family reunions in Bermuda—one in 2013 that numbered 45 people—and plenty of solo visits with my wife and two sons, who always had a ball with their cousins Quinn and Rhys, whether it was playing croquet as pre-teens or cutting up at the Mid Ocean Club’s annual Independence Day bash, while the not-quite-yet old fogies yakked non-stop over dinner or at the pool.

Upon returning from our latest Bermuda break the other day, another smasheroo long weekend, I was left with a smattering of images. Like when it was pouring on Sunday morning, temporarily scuttling swimming plans, and the tree frogs, who are usually most vocal after sundown, provided an orchestral backdrop that’s only rivaled by the band of crickets that make a wondrous racket this time of year outside our home in North Baltimore. A few hours later, when the sun was out, I made my tentative walk into the breaking waves at the beach, and, just in the nick of time, realized I was still wearing my glasses. One slam by the surf and my specs would be lost forever—a truly dire predicament, maybe even worse for my kids, who’d have to lead me around by the arm—but luck prevailed. On the other hand, the trunks I was wearing were a bit loose, and more than a half dozen times they nearly fell off in the water after a violent wave, a situation that can only be described as mortifying for all present. Though I’m certain Gary would still be chortling had I actually lost the slip-slidin’-away garb.

As always, the meals out—it’s my only chance of the year to have a bowl of Bermuda chowder—were terrific, as was the home-cooking and late-night viewings of movies, although upon seeing Spring Breakers for the first time I’m at a loss why so many thought the James Franco vehicle was at all coherent. Much of the pleasure in these trips to Bermuda is the opportunity to eschew the laptop—though, in fairness, I did look at my iPhone periodically to see the latest dicknose tweet from Donald Trump—and simply read on the deck. Gary had given me a copy of Rick Menck’s 331/3 deconstruction of the Byrds’ criminally overlooked Notorious Byrd Brothers, and if the writing—like much of that series of pocket-sized books—was choppy, there were details about the early-’68 album that were news to me.

Menck’s in awe of Top Byrd Roger McGuinn, and while his raves got a bit repetitious about the parting of ways between David Crosby and McGuinn and Chris Hillman, the best chapter was devoted to album-opener “Artificial Energy,” a song about speed that for some reason, unlike the band’s previous hit “Eight Miles High,” wasn’t banned on the radio. It’s a monster track, but for some reason I never realized that the narrator was locked away for a murder that in today’s cultural environment definitely would’ve led to a ban and severe ostracism. The last verse: “Artificial energy is wrestling my mind/I’ve got a strange feeling/I’m going to die before my time/I’m coming down off amphetamine/And I’m in jail ‘cause I killed a queen.”

As Menck writes, it’s an innovative, hard-rocking but dark song. And how! Don’t know how I missed the reference to the dispatched “queen,” but what the hell, with the reams and reams of rock and folk lyrics crammed into my head, it’s not surprising I’ve garbled a few.