Find Me: A Post-Apocaliterature Review

Laura van den Berg's first novel is a fresh take on its genre. 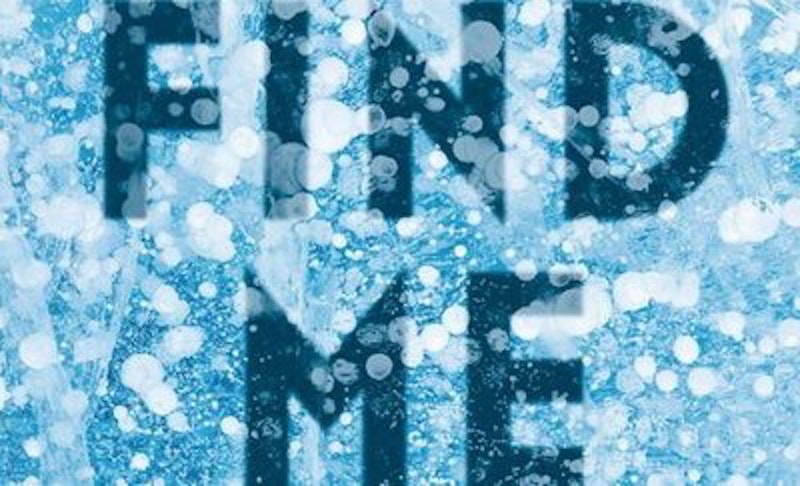 That post-apocalyptic fiction has become an immensely popular genre isn’t a huge revelation. The same is true of the observation that more big-L Literary writers are taking on these kinds of stories, which had previously been limited to the trenches of science-fiction and fantasy.

What we don't know, and what the publishing industry never tires of asking itself, is why this is happening. Is it good or bad? Does this trend signal a much-needed blurring of the lines between high and low art in fiction, or are today's hot young writers slumming it because there's money (and the promise of TV/film adaptations) in following trends?

These questions lingered in my mind as I read Laura van den Berg's first novel, Find Me, a post-apocalyptic story that has gotten scads of critical acclaim. Among other great reviews, The New York Times loved it and Salon called her the best young writer in the United States. Salon's statement may be a little bold, but they're right that Find Me is great. The book focuses on Joy, a young woman whose life as a lonely, cough syrup-addicted Stop & Shop employee is permanently derailed by a viral pandemic that causes silver blisters on the skin, memory loss, coma, and death.

Joy, curiously immune to the virus, is brought to a special hospital in Kansas, where other people with similar immunities are isolated and studied by a medical staff with a cultish devotion to keeping their patients indoors and away from the world. At this hospital, Joy discovers that a woman she sees on the Discovery Channel bears a strange resemblance to a photograph of her mother, who abandoned her as a baby, and when news reports circulate that the virus is in remission, she decides to escape and find this woman.

While the first half of the book focuses on her life in the hospital and its similarities to her life before the virus made landfall, the second half is a looser, more kinetic travel narrative that sees Joy and her rediscovered foster brother Marcus travel to Florida to find Joy's possible mother. Other critics thought this was the weaker half of the book, but I disagree; it widens the lens significantly and, unlike similar books, shows a world rebuilding.

One valid complaint about post-apocalyptic literature (aka post-apocaliterature) is its lack of variance. The setting is almost always a grim hellscape brought on by a relevant-to-the-reader environmental or military catastrophe, in which the characters are principally concerned with survival. Yes, these books provide commentary on modern issues like global warming and military brinksmanship, and even the learned helplessness of modern man, but they focus too heavily on the destruction. I09's interviews with authors who've written post-apocaliterature point to a shared fatalism that the problems we face today can't be fixed without stripping the world down to the hubcaps and starting over again.

Find Me, on the other hand, strays from those familiar tropes. It uses the apocalypse to mirror Joy's emotional patterns and, ultimately, her determination to move forward. Her time in the hospital, for example, mirrors her life before the world ended: small, narrow, and dependent on routine, wanting something better but unable to build any momentum toward it.

As she travels, she sees a society interrupted, and certainly bleak. However, the jackbooted, dystopian certainty of other books in this vein is absent. There are still interstate bus lines (she uses them to travel from Kansas to Florida) and people running hotels. There is still life, even in the face of world-sweeping tragedy. What Joy finds—and reflects in her search for her mother—is the uncertainty of people trying to reach point B from a broken and uncertain point A, which is much more interesting.

The book isn’t perfect. No book is. Joy's reunion with Marcus relies too much on the kind of manufactured coincidence that's too convenient to feel genuine. Marcus ends up being a solid character on his own, but when he and Joy crash with two squatters in a Tom Bombadil-esque cabin in the woods, the story flirts with magical realism without fully delivering. Scenes where Joy and one of the squatters commune with the dead in the cabin's basement are jarring in their abstraction, and they don't bring anything new into the story, so the trip isn't necessarily worth it from the reader's perspective.

But even those weaker sections benefit from the author's considerable talent for line-by-line writing. Laura van den Berg’s prose is subtle and complex without losing readability. She also never falls into the trap of imitative fallacy; the hospital portions of the book are lively, despite the patients' drab routine and minimal sources of entertainment. And where other writers would let Joy's memories and inner monologue overwhelm the plot, van den Berg strikes a great balance between them that keeps the narrative pace consistent. For a first novel, Find Me is exceptional.

It also answers the question of van den Berg's motivation for writing a post-apocalyptic novel, at least for me. Citing this book as an example of “slumming it” would be insane, because it's clear that the author was driven more by curiosity and exploration, and an idea for a good story, than commercial ambition.