Inside the notion of the "Lowest Common Denominator,” an American cancer. 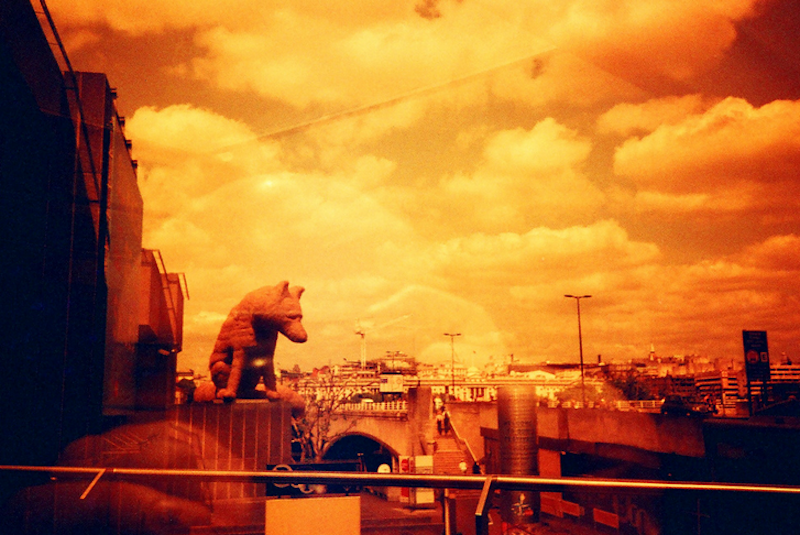 Contrary to what some punk bands, anarchists, and others would have us believe, capitalism isn’t an inherently bad system; it has in the past and continues to improve the lives and livelihoods of many. And, let’s face it, life isn’t fair—a lesson I’ve been gently teaching my own son for years. We’re all bound to lose, or fail, from time to time—in school, in career, in love, on a personal level. That’s the nature of the world, and to inveigh against that is to deny reality. It’s just as true that income inequality has ballooned over the past 40 years, largely as a result of government-enabled corporate welfare. This drum is rarely beaten as loudly by the media or in our public and political life as it should be—it should be beaten hard enough, day and night, that the masses’ hands are bruised, bleeding, and broken—and some might argue that it’s too late to beat these drums hard enough to mean anything. The above should come as no surprise to anyone who’s been paying attention, and I won’t belabor it much further, because the purpose of this article is to identify, dissect, and comprehend a notion I’ve termed the "Lowest Common Denominator.”

The Lowest Common Denominator is, at root, the entirely delusional belief that life always will and should be fair on a personal level—that the things we want are in actuality the things we need, and that what we’re sure we need we should have immediately, at the lowest possible expense. The Lowest Common Denominator doesn’t take into account the lives, welfare, fears, desires, and sustenance of anyone else—it adopts a conviction that other people just don’t matter. The Lowest Common Denominator demands that book from Amazon tomorrow for a fucking penny, demands the infinite streaming of pop music free or for a pittance, doesn’t want its tax money paying for public schools its children don’t even attend, doesn’t believe in tipping at restaurants, insists that the minimum wage doesn’t need to go any higher, and can’t even begin to comprehend why anyone might have a moral issue with patronizing Uber over Yellow Cab. It’s the mass internalization in individuals, of a corporate, stakeholder-pleasing mindset where maximum profit and risk aversion trumps humanity. It’s a pragmatism so ruthless that it’s almost cutthroat, and every day, in the newspapers that remain, you can read—probably for free, because fuck paying for anything—about how it bleeds state, municipal, and local governments dry. The Lowest Common Denominator scoffs at the idea of a physical world that costs money to maintain, beautify, or rent out—failing bridges, empty storefronts, broken streets and highways, abandoned neighborhoods—unless there’s a way to exploit other people who don’t matter because they can’t afford to defend themselves. The Lowest Common Denominator flourishes—it’s like runaway kudzu—because the ground is incredibly fertile for a notion this insidiously seductive in a country where wage growth consistently fails to keep pace with inflation. Each person thus becomes a corporation of one who’s loathe to apologize for placing him or herself far ahead of everyone else, and is able and willing to deploy a self-justifying defense for the same that’s just slightly more “personal” and “warm” than a Walmart press release.

After a while, these rationalizations become uniform in a way that’s blackly comedic and deeply sad; you’ll find them in the comment sections of any article that attempts to treat the themes I’ve discussed above or mourns the fade of unions, a scoffing hauteur that spans demographics and political persuasions, insisting that it isn’t the status quo that’s a problem, but anyone who dares to question or find fault with it or with the trickle-down national narcissism that is the Lowest Common Denominator.