Cultural changes are necessary if testicular cancer rates amongst firefighters are going to be effectively reduced. 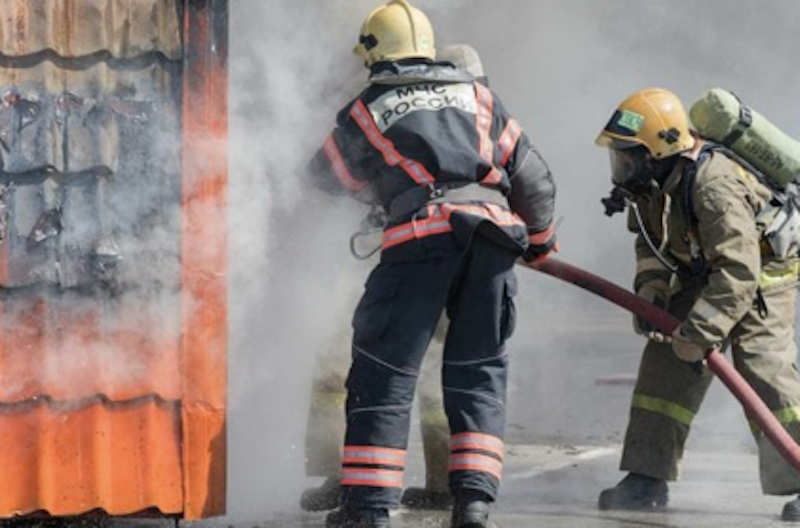 When Todd Leduc entered the world of first responders in 1986, dedicating a sizable portion of his focus to combating elevated rates of testicular cancer among firefighters was among the least of his concerns. That was nearly a quarter of a century before the NIOSH Firefighter Cancer Study revealed that firefighters are twice as lucky to receive a testicular cancer diagnosis as average men in other, less risky careers.

Today, improving the health of firefighters is at the essence of Leduc’s daily routine. After spending more than 30 years in the fire rescue system and retiring as an executive assistant fire chief in Broward County, Florida, Leduc went back to work after a brief respite. Now, as the chief strategy officer of Life Scan Wellness Centers, Leduc directs strategy for a company that operates in 26 states and coordinates more first-responder physicals than any other organization, with a focus on the early detection of life-threatening illnesses.

Leduc answered some crucial questions about how fire departments and the companies that provide firefighters with their physicals have reacted to the knowledge enhanced cancer detection methods and internal, cultural changes are necessary if testicular cancer rates amongst firefighters are going to be effectively reduced.

ST: What was it, aside from the hazards of the job, that led to the rate of testicular cancer being so much higher amongst firefighters than it is in the general population?

Todd Leduc: I think the consensus is, with respect to testicular cancer, gear has been one of the greatest areas that we focused on. We know that firefighting gear was designed for thermal radiation protection or thermal heat protection so that we could go into extreme environments and get to the scene of the fire and extinguish that fire, effect rescue, and do everything that we need to do as firefighters. What we’ve learned is that the gear doesn’t do a great job at blocking particulate matter from coming through the fabric. While the gear blocks radiant heat well, most of the products of combustion are carcinogenic, and they end up going through the bunker gear. When we talk about testicular location, you have several large arteries on both sides that provide extreme amounts of blood flow. With the work the firefighters do in the heat, those pores and those vessels are all dilated. Those carcinogens get rapidly absorbed into the bloodstream into the organs that are fed by that blood flow.

ST: Has anything been done to address the shortcomings of the protective equipment firefighters wear?

TL: There has been work done on the hoods we wear to protect our neck, face and ears. They’ve been reverse-engineered to make them particulate-blocking. They provide thermal protection and blocking of particles. There’s additional work now being done on the gear itself. There has also been an industry change because we know that we need to be able to remove that gear as soon as possible and have it thoroughly cleaned, and get the firefighters into new gear that’s not contaminated, and also do decontamination practices on ourselves like the use of external wipes to remove carcinogen products on the skin. We’re starting to do soap-and-water decontamination of the skin of firefighters when they’re on the scene. We’re being much more aggressive with decontamination. Recognizing that the pores in some cases are 200 percent dilated from the heat. The pores of your skin are wide open, and you’ve got that carcinogenic matter on your skin being absorbed. The sooner we can decontaminate and clear ourselves, the sooner we can reduce that contamination and that exposure.

ST: It’s said that one of the ways firefighters used to showcase their veteran status was through the display of the dirt and filth on their turnout gear. Is that true?

TL: That’s spot on. Culturally, that’s changing, but you have to remember that the fire service dates back to the days of Benjamin Franklin and colonial volunteer fire departments. There’s a rich history of tradition. Cultural change typically doesn’t come easily in the fire service. There’s been a lot of research done. A lot of universities have engaged with us to ask how they can help change the culture with communication techniques. We’ve been trying to teach them with slogans like “clean is the new badge of honor” and “clean is the new courage.” Some departments have been issuing second sets of gear so that when one set is dirty or contaminated, it can be sent out for advanced cleaning while the firefighter is issued a clean set of gear.

You can probably walk into many firehouses throughout the country and still see dirty gear or a dirty helmet. It continues to be a work in progress. It has only been 12 years since the NIOSH study, and there has been a lot of culture change through awareness, education and research, and we’re talking about these things now more than ever.

ST: Why would the change be so slow if the logical outcome of continuing with the dangerous behavior is a cancer diagnosis?

TL: I don’t want to stereotype whether it’s older fire departments or more senior firefighters that are the most reluctant. I think more firefighters and fire chiefs would acknowledge that change is a challenging event regardless of what we’re talking about. The American fire service is not homogenous. It’s not like the military where the Pentagon gives an order and all five branches of the service implement it. We have more than 30,000 fire departments of different strengths and sizes, and some are volunteer and others are paid, and some are combinations. We have the U.S. Fire Administration that largely plays an advisory and education role, but not a mandating role. It’s a unique lay of the land, but I want to frame this as a positive. Much of the new generation of firefighters certainly embraces clean gear as part of the solution to tackling the fire epidemic in the fire service.

ST: Do you have firsthand experience with firefighters who have been afflicted with testicular cancer?

TL: Yes. In my role as CSO for Life Scan, we’re the nation’s largest provider of firefighter physicals. There’s a National Fire Protection Association recommended template for firefighter physicals, and we follow that, but also incorporate ultrasound imaging preventatively. We do ultrasounds of the testicles and organs in the abdomen, so we identify a tremendous amount of even asymptomatic early cancer. The goal is to prevent cancer, but we know 40 percent of all Americans at some point in their lifetime will be afflicted with cancer, and know firefighters’ chances are 90 percent higher than that, so we’re just not there yet with being able to prevent all cancers.

Early detection is part of the equation for a successful outcome. We know if we can find a stage-one cancer where it’s limited to the testicles and hasn’t spread, there is a tremendous five-year survival rate. Once it spreads, that survivability greatly decreases. I’ve met and talked with many firefighters, colleagues and customers of ours who are alive today because of early detection.

ST: Are newer fire stations built with procedures and protocols in place so that cancer prevention is easier?

TL: Absolutely. That’s not only happening with facilities, but also with apparatus. There’s a concept that many departments are embracing called “closed cab.” Instead of putting our dirty SCBA bottles, dirty tools or dirty gear inside of the cab, all of the contaminated equipment is maintained outside of the cab keeping the inside as sterile as can be. That same concept is well-deployed in trying to keep the contaminants out of living quarters. There’s a great video where they put contaminated firefighters in their gear and allowed them to do what they’d normally do at the station, and then they went behind the firefighters with thermal imaging cameras and showed where all the contamination was: on the kitchen table, the microwave, the refrigerator, and on the beds.

The concept is to create zones within the fire station to keep any contaminants that may still be on gear or items on the exterior of the station to preserve the sanctity of the environment of the station’s interior. There are architectural firms where this is their specialty now, and that’s becoming the new norm for stations and apparatus. For stations in Boston for example, they’ve done a lot of work on the cancer front. Some of the stations in Boston date back hundreds of years and they’re not on the drawing board for replacement. The costs are exorbitant. They’ve brought in industrial hygienists to do industrial interior cleaning of all the stations. If you can imagine a station that’s operated for a couple of centuries, you can imagine the sorts of things that were removed. That’s a new practice that a lot of departments are adopting that is a solution going forward.

ST: Has the efficiency of detecting testicular cancer in firefighters improved in the last decade?

TL: Not enough firefighters are getting occupationally appropriate physicals, and they’re diagnosed with cancer at later stages with poorer outcomes, which also has greater financial costs. A good friend of mine switched his entire department over to Life Scan because we incorporate the enhanced imaging into our detection. His annual physical missed the fact that he had stage-three testicular cancer; we would’ve found his testicular cancer before he even had any symptoms. My prayer is that at some point we’ll get to where cancer is eradicated, but until then we have to keep doing as much as we can on prevention combined with finding it at the earliest stage possible. Our Western medical system is predicated on diagnosing once you exhibit symptoms. By the time cancer symptoms are present, the cancer has often already spread. Firefighters need to be screened more aggressively, and at younger ages.