Silly Rabbit, T-Shirts Are For Kids and Young Adults

An appreciation of the odd, goofy and serious website Ordinary Times. 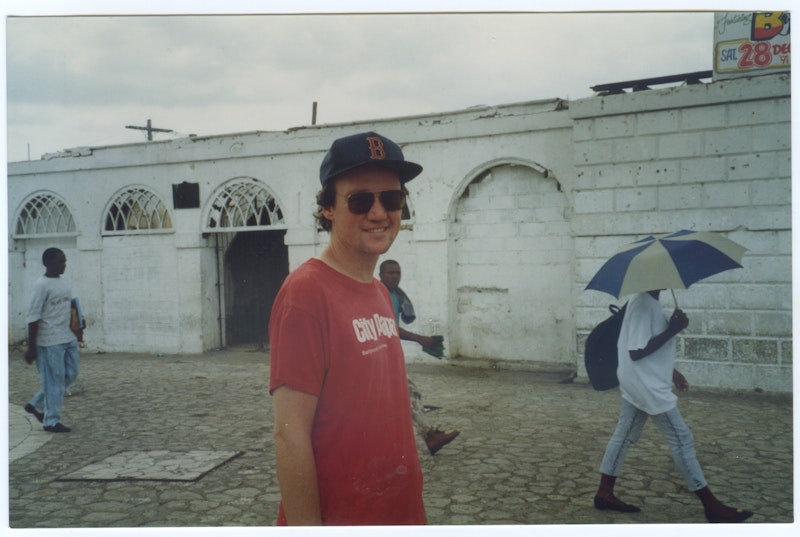 One of my favorite websites, Ordinary Times, is one of my favorite websites because it’s hard to define: it’s kind of liberal-leaning, but not in an incendiary way, like The Washington Post, say, and has the “vibe” of War’s 1975 hit “Why Can’t We Be Friends?” Will Truman, the editor-in-chief, tweets a lot about his computers and tech frustrations and triumphs (I’ve never met Truman, but judging by his online presence, he appears to be a very good guy, and I bet he’s saved every single PC, laptop and other non-typewriter paraphernalia he’s owned since 1987), peanut butter, Pop Tarts, giant statues from all over the world, his family, Atomic Fireballs, Covid vaccines, West Virginia, income taxes, sports other than baseball—he’s from Texas, which may or may not explain a lot—political speculation, comments on Twitter “influencers” like Matt Yglesias, a privileged white male who I avoid except when tangled up in one of Will’s threads. I don’t believe any of OT’s contributors are remunerated with anything but a note of thanks and online praise, which is none of my business. They work it out. And, really, when The New York Times, with a current market cap of $5.6 billion, pays “guest essay” writers who aren’t famous a mere $150, a cheapskate rate that isn’t publicized often enough, I doubt Will and his confederates (no capital “C,” for you hair-trigger, nosy people who look for anything at all—not the great Beatles’ song—to break out in “self-harm” hives) get many complaints.

Last week I read a curious OT story by Ben Sears about t-shirts, a subject that was of interest since I haven’t worn a t-shirt in 30 years (except for five minutes two years ago when one of my sons got me a New York Ass Times tee for a joke Father’s Day gift). Sears doesn’t wear them much, either, according to his article—he just collects them, which is an odd tic, but preferable to swallowing pain-killers or taking moral scold Laurence Tribe at his word.

This paragraph won me over, if only because it made no sense unless you were high on painkillers: “I have another shirt that I’ll never wear unless it’s a hot summer night in lieu of pjs. It’s taking up space in my house for reasons I can’t come across with and it carries a slogan that’s cliquish and should bide its time waiting for moth destruction with the Orioles, McCall and Steyn vs. the Stick shirts.” I don’t like pain-killers because after one day of a pleasant buzz (and no pain) they fuck up my already-rambling thinking process. Besides, it’s not like doctors hand them out like Milk Duds anymore; I had a dead tooth pulled a year or so ago and it hurt like motherfucker but the dentist just told me to “Take some Advil; it’s available over-the-counter at any drugstore.” Really, I had no idea! When I had appendicitis in 2016, I was given a scrip for some codeine-based pill—necessary!—but that was the last time.

I’ve no interest in seeing Sears’ extensive collection of t-shirts he never wears, but what’s with the pjs reference? Do people still wear those during a night’s slumber? I haven’t since I was 12 or so, thinking they were just for old people; I’m now old(er) but like when I was 12 in 1967 it’s boxers for me. I remember a brief exchange in 1979 when a friend complained about his itchy pjs, and another buddy, Crazy Joe, looked at Alan like he was crazy. “That’s too strange, man,” Crazy J. said, with the clear implication that bulky clothing in bed might make a roll in the hay a bit less spontaneous. I didn’t really know what either of them was talking about as they jokingly battled it out, and their respective amorous physical calisthenics weren’t something I could bear to imagine, so I wandered off to buy a bottle of beer.

I did used to wear t-shirts almost every day in temperate weather, but even as a kid nothing with a stupid slogan (the kind of shirt that’s sold by the ream at boutiques in Soho and Beverly Hills as well as run-down amusement centers like Ocean City and Coney Island), the name of a band or any advertisement. I kept it simple: Southdown Elementary School, Simpson Jr. High, tees from my brothers’ colleges and then later, shirts with the logos of City Paper and New York Press emblazoned across the chest (as above, Turkey, 1987). My favorite t-shirt ever was a CP number that was red with a reverse logo that was almost in tatters when a friend of my son Nicky absconded with it; it’s possible, but not likely, I’d wear that still. Strike that: it was undoubtedly collected by a Chicago sanitation engineer, and not Choo-Choo Charlie, over a decade ago.

I’ve noted this previously, since it’s a real—not “pet”—peeve, that it’s hard to figure out, when attending a baseball game, and you see men and women over the age of 30 wearing t-shirts or jerseys with a favorite player’s name on it. How goofy is that? Maybe it’s not hero-worship, but I maintain that once you’re 21, that sartorial behavior is kind of like “robbing from the cradle,” and I don’t mean that in an Epstein/Gates/Clinton/Prince Andrew pedo way, but rather in the Peter Pan category.

But, as a college roommate, Studebaker Hawk, warned me, it’s a sin to judge, and although I did just that in the previous category, I’m not throwing stones, since I listen to the Allman Brothers’ 23-minute “Whipping Post” from the live Fillmore East album seven times in a row every third week. As my friend J.D. King—who still digs Chad & Jeremy and “Winchester Cathedral”—it’s an “Okay, Boomer” situation. Not that that bothers me, because when you can recall buying a subscription to Rolling Stone in the late-1960s for six buck with an album thrown in, it’s a dandy (not the Kinks song!) particle in the windmills of my mind.