The bank’s windows burst inward in a blizzard of razor-sharp shards. 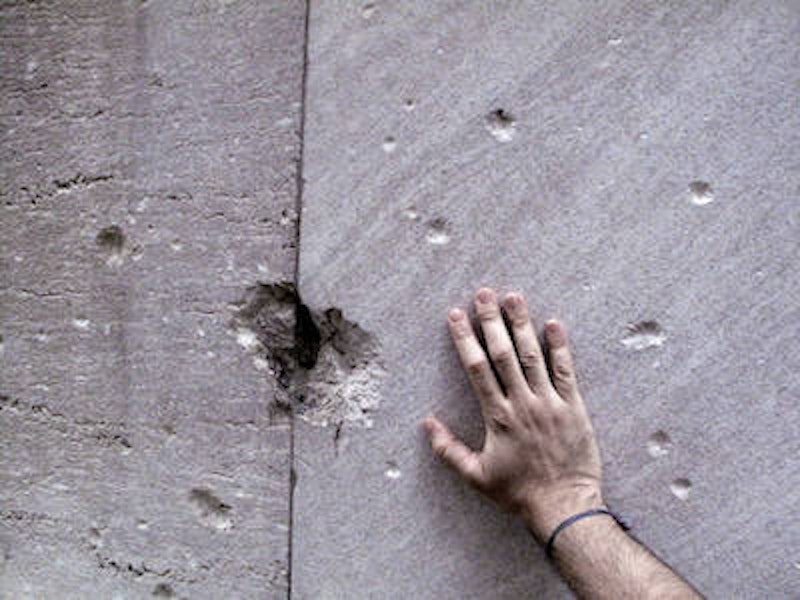 September seems a month favored by terrorists for attacks on New York City.  9/11 was not the first. Around 11:55 a.m. on Thursday, September 16, 1920, an old single-top wagon, drawn by an elderly dark bay mare, plodded westward on Wall St. It stopped about 75 feet from Broad St., near 23 Wall St., then the offices of J. P. Morgan & Co. The day was lovely: clear, blue, and no humidity, with a temperature of 69 degrees. The stock market was up.

James Lardner and Thomas Reppetto’s NYPD states Wall Street police strength was low that day. They explain that many officers were on duty at a Brooklyn transit strike; others, including the officer usually assigned to the intersection of Broad and Wall Streets, had been ordered “…a few blocks north to help herd the paraders in a procession of colored folk.”

The clock in Trinity Church struck noon. The sidewalks filled with brokers, clerks, and receptionists heading for lunch. At 12:01, a bomb of roughly 100 pounds of TNT, resting on the wagon floor above the left rear axle, exploded in “a blinding sheet of saffron-green light.” Five hundred pounds of fragmented sash weights piled about the bomb tore into passersby like shrapnel. A nearby automobile flipped 20 feet into the air. Thousands of plate-glass windows shattered over a two-mile radius, their fragments tinkling from sill to ledge to pavement. A pillar of brownish-lemon smoke soared heavenward. Awnings 12 stories up caught fire.

Thirty people died instantly, some blown into scarlet blots on the pavement. A woman’s head, still wearing a hat, stuck to 23 Wall’s façade. A messenger lay decapitated, a package of securities smoldering in his hand. An eyeless clerk, his feet blown off, attempted to crawl. Two hundred lay wounded: 10 would later die. One of the mare’s hooves lay in a pool of blood: a witness recalled how the pool had sparkled in the sunlight.

The terrified crowds now ran toward the shambles, even trampling the dead to see what had happened. The Stock Exchange’s president strode to the rostrum (running was forbidden on the trading floor) and rang the gong to close the day’s trading. The Curb Exchange (later the American Stock Exchange), whose brokers transacted business on the Broad St. sidewalk roughly 200 feet south of Wall, adjourned less formally when the traders ran off.

Police and firemen then cleared the way for ambulances. A half dozen officers, guns drawn, stood before the Assay Office and Subtreasury. Forty minutes after the explosion, Federal troops from the Governor’s Island garrison, rifles loaded and bayonets fixed, were double-timing into Wall St.

The horse had been torn to fragments; of the wagon and harness, the cops gathered up “…a few spokes, a strap or two, an armful of splinters and canvass, a piece of the shafts, an axle and hub cap, and a handful of bolts and nuts.” The NYPD reconstructed both with the help of veterinarians, livestock experts, and wagon builders. Their description reads:

HARNESS—Single set of heavy wagon harness, old and worn and frequently repaired. Turret rings originally of brass, one broken; the other silver mounted and evidently belonging originally to coach harness.

Between the 11:30 and 11:58 mail collections, just before the explosion, someone had deposited crudely printed circulars in the post box at Cedar St. and Broadway. They read:

Remember we will not tolerate any longer. Free the political prisoners or will be sure death for all of you. American Anarchists Fighters.

Thereafter, the Secret Service and the nascent FBI chased Reds. Meanwhile, the NYPD went to every sash-weight manufacturer and dealer in America to find the source of the shrapnel; they visited nearly 5000 stables in every town along the Atlantic seaboard to track the horse; they checked hundreds of wagon manufacturers and harness makers to identify the wagon.

According to Sidney Sutherland’s “The Mystery of the Wall Street Explosion,” in Liberty magazine for April 26, 1930, the letters on the shoes symbolized the Journeymen’s Horseshoers’ Union and National Horseshoers’ Association: in effect, they bore the union label. More importantly, the blacksmith who made the shoes had been trained abroad. The police concentrated on immigrant farriers.

The De Grazia brothers ran a smithy at 205 Elizabeth St. Dominick De Grazia identified the shoes. A detective had him make another pair. They were identical, “a defect in the anvil appearing on the top plates of both the sample shoes and those worn by the dead horse.” Dominick said a man driving a horse and a wagon matching the police description had asked him to tighten a rear shoe. Noticing a slight crack in the hoof, the farrier suggested new shoes, which Dominick made and nailed to the hooves within 20 minutes. The De Grazias said the driver spoke with a Sicilian accent, was 25 to 30 years old, about five feet seven inches tall, and weighed about 160 pounds, with broad shoulders, deep chest, black hair and mustache, and soft, well-kept hands.  Dominick examined the hoof when the cops brought it from Bellevue’s pathological laboratories. He found the crack. There the trail ended.

The NYPD examined 10 tons of broken glass, analyzed steel fragments that might have contained the bomb, and reconstructed some twisted bits of tin into two five-gallon containers from the Atlas Can Company of Brooklyn. After searching the company’s records, the NYPD questioned all of Atlas’s customers. None identified the containers.

A small iron ball lightly struck a City street sweeper, standing four blocks from the explosion. The NYPD, finding a number engraved on the ball, identified it as the knob to a Victor military field safe manufactured in Cincinnati, OH. The manufacturer’s records showed the safe’s initial delivery to the U.S. Army barracks at Jeffersonville, IN. An NYPD detective tracked the safe to Omaha, New Orleans, Washington DC, the Western Front in 1917-18, and Hoboken. There the trail ran out. The Army had not recorded the safe’s disposition, whether sold to a junk dealer or dumped in a vacant field.

Eyewitness descriptions of the driver conflicted. Most resemble the man seen by the De Grazias. He was also Jewish or Italian, an “East Side peddler” type, or a “greasy fellow.” One noted a broad Scots accent. He had as many ethnicities, religions, and modes of escape as eyewitnesses. Some saw two or three drivers.

NYPD detectives visited every garage in the metropolitan area to check the hours of departure and return and the errands of all vehicles, motor-driven or horse-drawn, on September 16. Some eyewitnesses said the wagon was lettered EXPLOSIVES, DYNAMITE, or DU PONT POWDER WORKS. Hercules Powder and Aetna Explosives had no vehicles carrying explosives that day in the City. Dittmar Powder’s wagon had not gone below 45th St. Du Pont had sold its last horse-drawn powder wagon in 1918.

Edwin P. Fischer, a graduate of City College and New York Law School and a championship tennis player, was an occasional inpatient at mental hospitals. Two weeks before the explosion, he had told his tennis club’s caretaker that either “We” or “They” were blowing up Wall St. Fischer then predicted a Wall St. explosion on September 16 to a stranger on a Hudson Tube (now PATH) train. Between September 11 and 13, he mailed postcards from Toronto to friends and acquaintances advising them to get out of Wall St. as soon as the gong struck at three p.m. on Wednesday. On the morning of the 16th, Robert Pope, his brother-in-law, having heard of the postcards and concluded Fischer was having a breakdown, caught up with him in Niagara Falls. On learning of the explosion, Pope persuaded Fischer to see the police.

Fischer arrived at Grand Central wearing two business suits for warmth and tennis whites underneath in case he had a chance for a game. The police questioned Fischer at Bellevue. He said he had received the messages “through the air.” Realizing Fischer was merely demented, the cops soon released him to the Amityville Asylum, from which he emerged after two months. They had diagnosed him as “insane, but harmless.” The warnings are otherwise unexplained.

The Feds and the NYPD arrested or interrogated thousands of suspects, such as Florean Zelenska, a Romanian who possessed radical literature and had worked for a gunpowder company. They questioned Alexander Brailovsky because he was of Russian extraction and “said to be a Trotsky-Lenin agent.”

Wolfe Linde, a radical turned stool pigeon, was reported near Wall and Broad on the morning of September 16. He disappeared to Warsaw. Several detectives brought him back. His alibi was perfect. The NYPD had linked Pietro Angelo to the Gimbel Brothers bomb plot of April 1918. Mail bombs addressed to national figures in packages with Gimbel’s return address were detected when held for insufficient postage. Angelo’s alibi for September 16, 1920 was perfect. Nonetheless, the United States deported him to Italy, where he later tossed a bomb into the dress circle at La Scala, killing 39.

The NYPD gave up around 1940. The north façade of 23 Wall St., with its scars up to an inch deep, is unrepaired. John Brooks of The New Yorker quoted an old Morgan partner: “There’s no particular feeling of martyrdom in leaving them there. It’s the practical thing to do. After all, replacing those great blocks would be inordinately and unnecessarily expensive. And besides, it’s right and proper that they should stay there.”