The dream that a televised sports game could enable you to burn as many calories as any of the authentic sports that it’s designed to approximate remains an unattained fantasy. 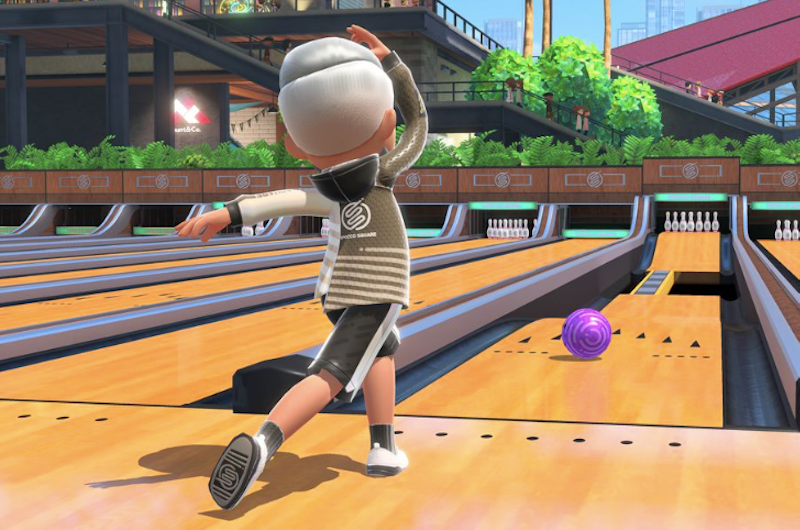 Contrary to what its cheerful advertising campaign suggests, Nintendo Switch Sports won’t require you to break into an active sweat as you work your way through its virtual sports offerings. It won’t even require you to stand on your own two feet while you play it. The dream that a televised sports game could enable you to burn as many calories as any of the authentic sports that it’s designed to approximate remains an unattained fantasy. If you’re ready to dispense with the fantasy and delve into reality, here’s a listing of the number of calories you could realistically expect to burn through real-life participation in the contests that Nintendo Switch Sports would like to delude you into believing that you’re engrossed in, in order from least to greatest.

Bowling: Of the games included in the Nintendo Switch Sports package, bowling is the inclusion that’s the least likely to burn many calories. As far as hurling a bowling ball goes during a standard 10-frame game, the maximum number of tosses you’ll receive as you aim a bowling ball toward the 10 white pins that lie waiting at the end of a 60-foot lane is 20.

Let’s say that I believe the far-reaching projections suggesting that hoisting a 12-to-16 pound bowling ball 20 times in a game, steadying it, taking four or five approach steps and then chucking the ball down a lane is going to burn 100-300 calories per outing—which I don’t believe for a second. If my 60 to 70 steps on a Stairmaster are only burning 10 calories per minute, those 100 cumulative (and often inebriated) steps taken in bowling shoes aren’t burning anything that you should be thinking of factoring into your “activity” column.

However, is this going to burn more calories for you than bowling virtually through a Nintendo Switch, which never requires you to take any actual steps? Absolutely. Now we just need to decide which version of bowling you’re the most likely to package with beer, nachos and pizza, and then permanently scratch that one off of our activity list.

Chambara: To find a real-world analogue that’s at least close to Chambara for comparative purposes, we’d probably have to extract our information from classic fencing. It’s estimated that elite fencers burn around 10 calories per minute while they’re actively engaged in combat—shuffling forwards and backwards, lunging and parrying, and trying to outmaneuver their opponents. Yet, we have to account for the fact that even the most elite fencers rarely find themselves locked in point sessions that last anywhere close to entire minutes before points are awarded.

Provided that a fencing match doesn’t devolve into a full-scale brawl like the fencing activities involving James Bond, this means that most people will probably burn between 200 and 400 calories during a one-hour fencing session. However, everyone knows that Chambara’s sole purpose for existing on Nintendo Switch Sports is to provide you with an opportunity to indulge your fantasy of whacking your friends in the face with a blunt instrument. And the lack of any sort of lower-body movement requirement means that no calories are burned during play on the Nintendo Switch.

Volleyball: On the low end, it’s estimated you’d burn just over 200 calories in an hour of playing competitive volleyball, with much of the range of the caloric burn—which can reach north of 600 calories—dependent upon your weight, activity level, and the intensity of the play. The fewer players there are on each side of the net during a volleyball game, the more movement is typically going to be mandated for each player, including the sidestepping, sprinting, jumping, leaping, diving, blocking, bumping, setting and spiking. Conversely, if we’re considering games with friends where a person serves the ball, no one on the other side shifts an inch, and the ball’s never successfully returned, the number of calories burned during each game nosedives.

Even if we project you into a motionless, physically unsatisfying volleyball game, the likelihood that you’re eating something damaging to your body while the game is in progress is low—it’s hard to set and spike with a Twinkie in your hands—and at least an authentic volleyball game requires you to stand up and move around. This is more than can be said for volleyball on the Nintendo Switch Sports Game, which doesn’t even require you to move or jump.

Badminton/Tennis:While badminton and tennis are different sports, their mechanics are often identical during real-world play, and very similar when played on the Nintendo Switch. If you’re an awful tennis player like me, your tennis games consist of a misplaced serve, the chasing down of an errant ball, a lot of start-and-stop, a mountain of frustration, and maybe 200-250 calories burned in an hour. If you’re a tennis expert like my friend Rachael James Baker, you’re probably burning closer to 500 or 600 calories an hour during your games. Once again, the real thing requires you to move around, and it’d be impossible to stretch out matches of legitimate tennis or badminton if you’re taking sips of Four Loco in between each dead ball. Any way you look at it, the real sports win.

Soccer: I still have nightmares about my one summer playing competitive soccer in elementary school. I scored zero goals during the 10-game season on a blistering zero shots on goal. I’d say that this was because my coach relegated me to being a defenseman and then a goalie—a critical mistake during our 7-2 blowout loss—but it’s not like I scored more than one goal during all of our practices combined either, and even that single scrimmage goal resulted in me getting slide-tackled and dumped face-first into the grass.

The other thing that stands out to me about that summer is how drenched with sweat my teammates and I became during those games, because we were constantly on the move chasing the elusive black-and-white soccer ball, and even when the ball was nowhere near us, we were nervously shuffling about. As a result, it’s no surprise to me that the average person is estimated to burn between 500 and 700 calories an hour even during a game of recreational soccer, and up to 1000 calories an hour during a competitive soccer game.

When you consider how cramp-inducing the exertion is from even a regular soccer game, it makes the idea that Nintendo Switch Sports can be played while standing still all the more shameful.

Now that you know what you’re missing, learn a new skill, join a sports league, and train to develop the endurance to play your new sport. It probably won’t be easy to accomplish, but neither is looking your doctor in the eyes and telling him with a straight face that your preferred form of cardio involves dalliances with Nintendo Switch Sports.