Sam and Rafael on the Bench

Will he daydream about his family back on Earth? 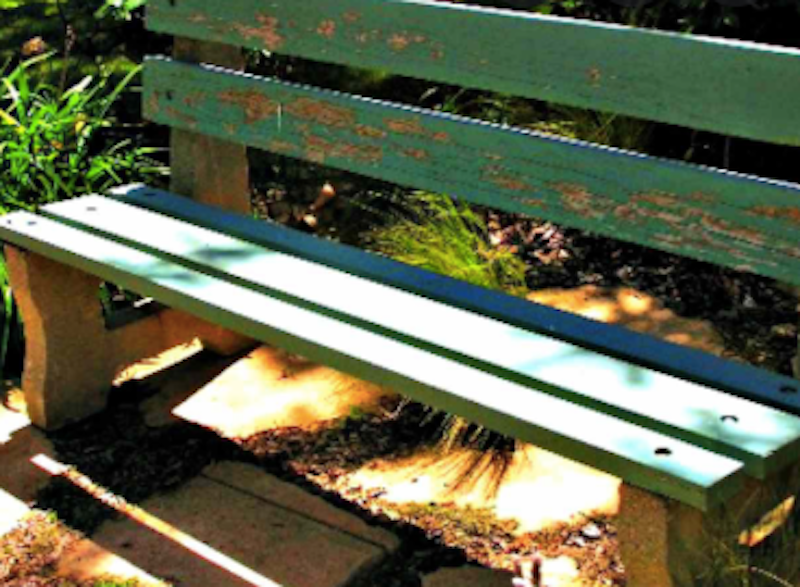 On a Thursday morning in Condo 238 of Complex F, Sam showers and does his stretching. He eats his customary cinnamon apple oatmeal and brews Costa Rican blend coffee. He has a long day of nothing ahead of him. Will he read? Will he stare at the pale green wall? Will he daydream about his family back on Earth? After three hours of reading and daydreaming, he decides to walk down the stairs and sit on a bench in the courtyard. He needs to meet people.

“How long you been here?” Sam asks Rafael.

Sam entered heaven at 48. He died just a few months ago of prostate cancer. Rafael entered heaven in his late-60s. He died of cirrhosis of the liver. They’re sitting a few feet apart on a green park bench. Japanese maple trees cover them in shade.

“Been a while,” replies Rafael. “But who’s counting, anymore?”

“I guess I am,” says Sam. “Can’t get used to not using a calendar. I was a teacher. Calendars are everything to a teacher.”

“Ah, summers off. Must’ve been nice,” replies Rafael, scratching at his crotch.

“That’s how teachers survive,” says Sam. “We wait for June and then relax for a bit.”

“I never took vacations, couldn’t afford it,” explains Rafael, with a hint of jealousy. “I drank instead, which is how my life ended. Painful and full of regret.”

“What kind of work did you do?” asks Sam, taking a sip from his can of ginger ale.

“Built houses mostly. Foundations. Electrical. Lot of sawing and hammering.” Rafael took a sip from his can of non-alcoholic beer. Alcohol wasn’t available in heaven, except at that one dingy bar. “How’d you die?” Rafael wasn’t one to beat around the bush.

“Prostate. Bad luck. Runs in my family. Had it checked early, but the cancer came anyway.” Sam sighed. He explained how he missed his family terribly. His wife and two children. Teenage son who’s a musician and a daughter getting ready for college. He ached for them all. Something he rarely felt during his life. He was around them all the time and the kids had stopped engaging with him once they hit 14. Always in their rooms or out of the house.

“Had my kids early,” Rafael replied. “All three are in their 40s now. Got five grandkids. Miss them, too.”

“What are we supposed to do up here? Just miss everyone? What kind of paradise is this? I feel the same shit I felt down there.” Sam was clearly still adjusting to this new realm.

“You get used to it, just like you get used to everything. It’s not great. It’s not terrible. Except for the beer. The beer is terrible. Did you get your TV fixed up yet?” Rafael thought about how hard the first month or two were for him. No TV and no real beer.

“Well, they have all the sports channels for free. Never had that down there.”

“I mostly watch soccer and tennis,” Rafael responded. “But baseball makes sense for this way of life. Slow pace. Not much happens.” Rafael cleared his throat and spat on the grass next to him.

“I’ll see you later. Nice to meet you, Rafael.” Sam rose slowly from the bench and walked back toward his condo.

“Catch you next time,” Rafael muttered.