A new column of collections, sketches, and scratch-papered thoughts. 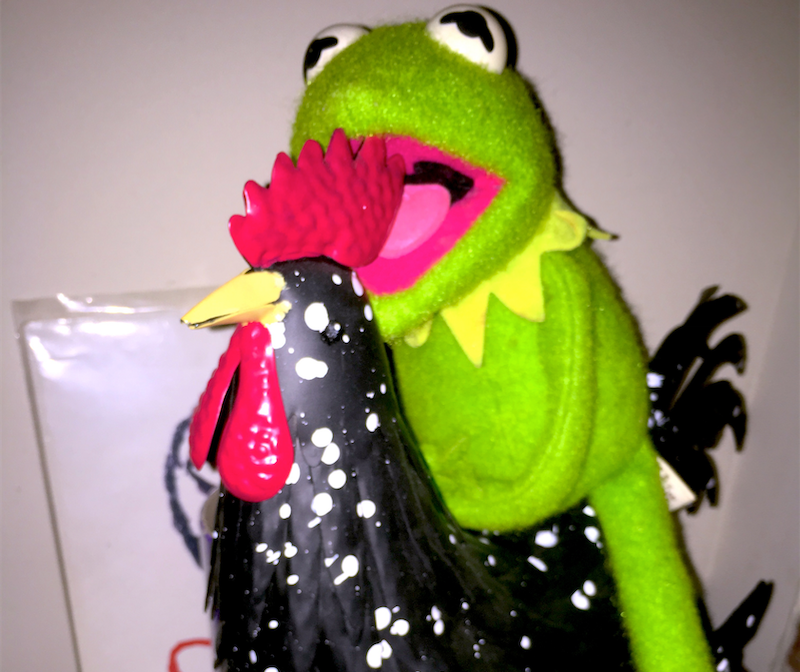 Defend the indefensible: Mac DeMarco should be more popular than he already is. How can you say that? The man, barely 27, just bought a house in LA’s hipster haven Silver Lake. He’s living a rock ’n’ roll dream. “It’s such a fluke, so lucky and so amazing,” he said in a recent New York Times profile. “Look at this! See this! From playing guitar? It’s ridiculous.” He deserves it—unfortunately, DeMarco’s teenage appeal and cult of personality have made him anathema for so many people that would otherwise dig his music without knowing any of the extracurricular stuff. DeMarco is one of the most adroit songwriters, producers, and arrangers of his generation. This Old Dog is essentially a more modest and less histrionic John Lennon/Plastic Ono Band, and it makes sense that Lennon’s first solo album is DeMarco’s favorite record ever. The songs on This Old Dog were written after DeMarco found out his deadbeat dad was diagnosed with cancer. “Watching Him Fade Away,” the last song, is as heartbreaking as “Mother," “God,” or "My Mummy's Dead." Over mock-Wurlitzer chords that dip and disappear, DeMarco’s voice quavers as he sings “Haven't got the guts to call him up/Walk around as if you never cared in the first place/But if you never call you'll end up stuck/Without another chance to tell him off right to his face/And even though we barely know each other/It still hurts watching him fade away.” Too bad the dad beat his cancer diagnosis and gets to hear his son’s rebuke, the opposite of Lennon’s wailing for his Daddy to come home.

Why has no one mentioned the uncanny resemblance between now-defeated French presidential candidate Marine Le Pen and Fleetwood Mac singer and keyboardist Christine McVie? “You Make Loving Fun” could’ve carried Le Pen to an unlikely victory, just as it’s impossible to hear “Don’t Stop” without thinking about 1992 for those who were around to witness Bill Clinton win the presidency here. An accent and a foreign language hide so much that I must go strictly off the interpreters that tell me Le Pen is a fascist bent on persecuting Muslims. I got a text from an unknown number in Massachusetts that read: “On Sunday France said ‘NO, QUEEN!’ to nasty woman Marine Le Pen. Good riddance! Feh.” Why does he keep changing his number? My neighbor up north is going cuckoo stuck inside all day. I should write him a note.

Joe Scarborough and Mika Brzezinski getting engaged is like if I Bearenstain’d myself into remembering that Linus had in fact seen the Great Pumpkin that Halloween and would every year on. I watched Morning Joe every morning around 2011 and 2012, and it was a very specific show, sanitized but still occasionally volatile and bawdy with an atmosphere similar to The Howard Stern Show, with Mike Barnacle, Willie Geist, and Mark Halperin as court jesters to Mika and Joe’s idiosyncratic dynamic. They were all parodied on Saturday Night Live this weekend, and it was a trip watching this very specific and strange show totally nailed. Western heteronormative notions of romantic love and soulmates still gets me. Edit the sad parts and put it on TV for us. I’m so happy for you, Mika and Joe.

The Maryland Film Festival was great. I didn’t get to see everything I wanted to (like Eduardo Williams' The Human Surge and Theo Anthony’s Rat Film), but I managed to spend most of my time in the main theater at Baltimore’s Parkway, opened just last week. On Sunday my brother and I saw Agnès Varda’s Vagabond, presented by Alex Scally and Victoria Legrand of Beach House. Festival director Eric Hatch noted that this was the first time a 35mm print would be shown in the Parkway in over 40 years, and it was beautiful and a bit spooky watching the reels pass by in Vagabond, an old bad habit I had of keeping time in a movie by counting the reel changeovers. The century-old auditorium is astounding, but that first row of seats is brutal. On Saturday we saw John Waters present the “thrilling bore” of Roar, the folly of Tippi Hedren’s ex-husband and Melanie Griffith’s stepfather. Both are featured being mauled and attacked by untrained lions, tigers, and elephants. We got there five minutes before it was supposed to start and got stuck with first row seats—a completely vertical view. There are some other obstructed views in the place, but that first row is a wildly uncomfortable way to watch a movie. Good problem to have in an otherwise immaculate theater with very exciting repertory program coming up.

After a week of bad press and histrionic proclamations of cancelling subscriptions because of the Bret Stephens hire for its op-ed page, The New York Times editorial board read my mind with this piece called "Two Presidential Candidates Stuck in Time." I jinxed myself and the world when I told my dad that I wished the election didn’t have to end on November 8th. I got my wish in the worst way, and the reality-bending, psychedelic effect of Donald Trump winning has still left him and Hillary Clinton shell-shocked and unable to move on. His constant boasts of an “historic” Electoral College victory are cited, along with Clinton’s refusal to go away and bad habit of misdirecting anger and blame without ever looking at herself. But, here again, Trump prevails in being the most pathetic: “Nothing in recent history can match the sorry spectacle of a sitting president so desperate for adoration and so indifferent to actual governing that the only satisfaction he can get is from perpetuating the campaign.” The election never ended—the Romans were right.