Life on a planet that’s kind of like ours, only with much better vibrations. 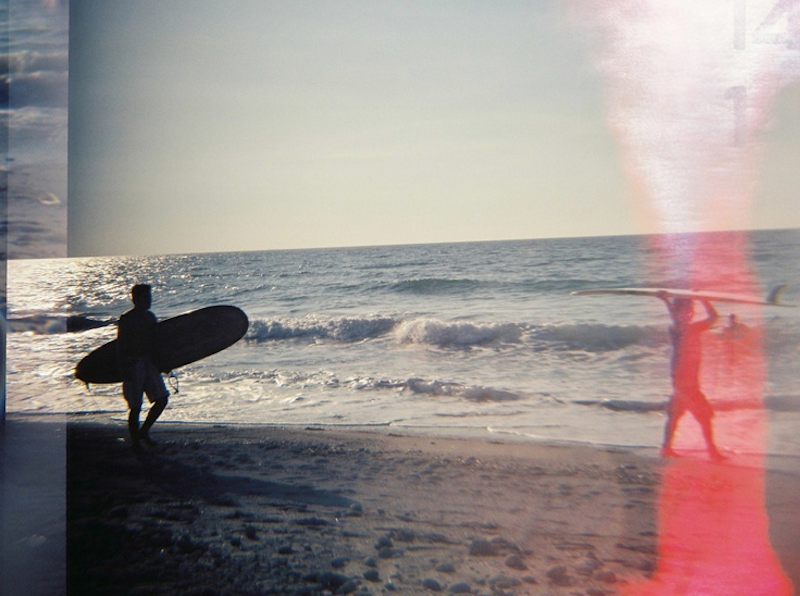 I live on Surf Planet. We based it on Beach Boys songs. For example, you know the one that goes: “Two girls for every boy!” Well, we have that here. A demographics expert helped us make sure of it. Yes, it takes some occasional rejiggering of the population—a tiny bit of infanticide sometimes. But it’s worth it, because the bros can walk around on the beach with a babe in each arm.

As a people we managed to adjust the tilt and spin of the planet to make it ever in sunshine. A day on our planet looks like what two p.m. to eight p.m. looks like on Earth in summertime—and then at the end, our day starts all over again looking like two p.m. We had to push really hard to do that! We used a big stick.

Our populace is made up of Surfer Dudes and Little Surfer Girls. All we do is surf all day, and make out and produce more surfers. There are no business people on Surf Planet, or sanitation workers. Truth be told, our streets are littered with crap, and our public health’s a disgrace. Away from the beach—and okay, even on it—Surf Planet is basically a Hawaiian-print nightmare version of Ayn Rand-ian Libertarian World. But nobody does anything about it, because all we wanna do is surf.

I met my wife the same way all the guys here met theirs: She was having fun fun fun till her daddy took her T-Bird away. Man, I love to tell that story. One time I started telling it at my class reunion, and all the other bros chimed in and finished the story with me in unison, because it was their story, too.

This sort of thing naturally eradicates jealousy. Nobody here is any better or any worse than anybody else.

Our planet is what would happen if a genie appeared and said, “You get one wish,” but instead of anybody saying anything—a Beach Boys album was playing, and the genie took it literally.

“I wish they all could be California girls!” On Surf Planet, they all are.

You see us wearing our baggies. Huarache sandals, too. A bushy bushy blonde hairdo.

When the sun threatens to set on Surf Planet—at what would look to you like 7:45 p.m. on Earth in the summertime—all the bros go up to their designated Little Surfer Girl and say: “I… I love the colorful clothes you wear… and the way the sunlight plays upon your hair.” Because we’re all picking up good vibrations, every last one of us.