A lifetime of exploration. 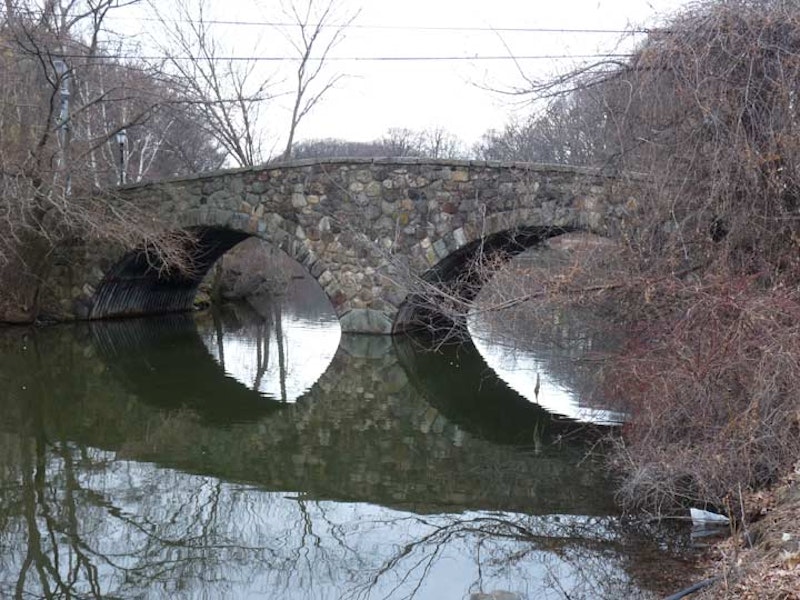 The construction of the Verrazano-Narrows Bridge played a major role in setting the course of my life. As a kid, I didn’t require a lot of toys, though the old man and I did operate at least two sets of model railroads, each of which were appropriated by the local youth for community use when they were secured—none too securely, as it turned out—in our apartment house basement.

Instead, the construction of the Verrazano and its approach ramps just across the street from our building prompted me to dig in the dirt in the adjacent triangle park in crude imitation of the path being forged by steam shovels and earth movers in the large trench where the Gowanus Expressway would go. My grandmother and I would pack baloney sandwiches and take the B63 bus down to the shoreline park (for your reference, about the same spot that Tony confidently but erroneously informed Stephanie that a worker had fallen in the concrete of the Verrazano’s massive suspension cable housing in Saturday Night Fever) and watch the workers as they endlessly spun cables as the bridge was under construction.

When the bridge opened in November 1964, my parents and I were on the first NYC Transit bus to cross it that was available to the public, and the old man’s pictures from the day can be found on forgotten-ny.com. The bus was then called the B-7, and was changed a few years later to the S-53 when the agency became the MTA.

In the early years, a frequent destination for my parents and I was Clove Lakes Park, originally the last stop of the R-7, on Victory Boulevard and Clove Road in the Sunnyside neighborhood (Queens’ Sunnyside is more well-known). When the R-7 became the S-53, the line was extended to Port Richmond, then a bustling shopping area on the north shore that suffered greatly once the Staten Island Mall was built in the 1970s.

It was Clove Lakes Park that my nascent knack for exploration took its first root. One sunny summer afternoon in 1965, my parents and I bundled off for a picnic at Clove Lakes when I started getting a bit bored and decided to strike off on my own, heading up and down the park paths in the deep woods. Clove Lakes Park is 198 acres, and exploring it takes quite awhile. However, I was able to cover a lot of ground and lost track of the time and soon, the whereabouts of my parents. An hour or two later, a park ranger and my old man, both riding one of the Parks Department buggies, found the 8-year-old Vasco Da Gama who, by then, had lost a shoe. I have obliterated it from my mind, but the old man always said that was the one and only time he gave me a whompin'. I do recall that I was dreading my mother’s reaction as we rode the bus back home, because she was the real yeller and screamer in the family, but instead, she merely said I had received sufficient punishment.

But the course was set. I began exploring Queens and Brooklyn by bicycle in a few years, making mental notes where the “good stuff” was, and then began walking the city by foot with my camera. This column, my website, and two published books and counting are the result. 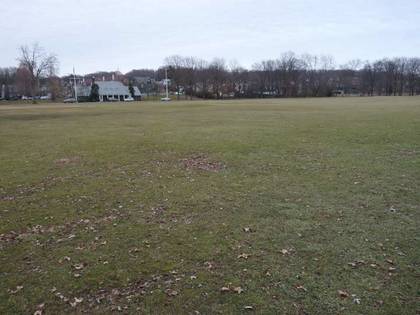 Clove Lakes Park’s name, and that of the road that borders it, has nothing to do with clover; instead, it is derived from the Dutch term for “cleft,” and to gain perspective on why, observe how the nearby Staten Island Expressway divides Grymes Hill to its north and Emerson Hill to its south; the expressway describes Clove Road’s former route “cleaving” the hills.

Of all Staten Island’s green spaces this, along with Silver Lake Park to the east, is the most developed and most closely resembles landscaped Central and Prospect Parks; it’s dominated by picturesque bridges, winding walkways, close-cropped grass and artificial brooks. Rent a boat or a horse, and traverse its ponds and bridle paths. Much like the Bronx’s Van Cortlandt Park, when you enter it from Clove Road, you’re greeted by an incredibly expansive lawn and a picturesque park building containing park personnel offices created from native fieldstone in the 1930s. Henry Stern, Rudolph Giuliani’s quirky Parks Department chief, named it Stonehenge from its stone construction. 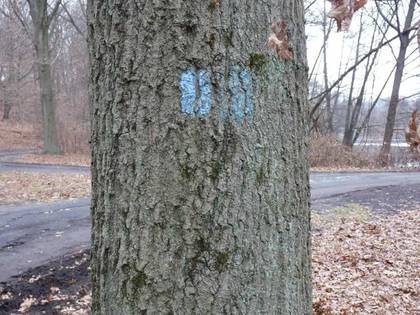 Staten Island is still dominated in some areas by relatively wild ground, interspersed with maintained yet unobtrusive blazed trails that are named and marked by color. Though Parks, to my knowledge, doesn’t publish a comprehensive list of such blazed trails, Bruce Kershner’s handy volume Secret Places of Staten Island lists them. On my walk today, I noticed that the Blue Trail runs along paved paths on either side of Clove Lakes Park’s trio of ponds.

The brook that wanders through the park, Clove Brook, is a tributary of Palmer’s Run, which eventually empties into the Kill Van Kull. Beginning in 1825 by miller Abraham Britton, it was dammed into a series of ponds, Brooks Lake, Martling’s (or Richmond) Pond, and Clove Lake. Where the brook meets the ponds, you will see a succession of picturesque manmade waterfalls, the only ones on the island. 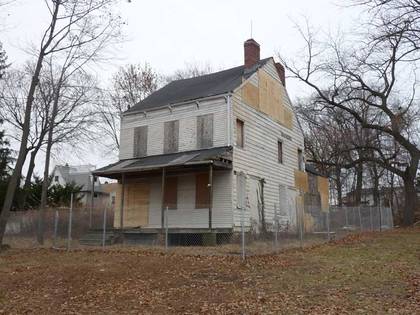 While Clove Lakes Park is maintained beautifully, some historic sites just outside the park haven’t been. The John King Vanderbilt House, 1197 Clove Road north of Victory, was built in the 1830s for a member of the Staten-Island based Vanderbilts (more houses built for the Vanderbilts can be found on their namesake avenue in Clifton and Park Hill; the Commodore, Cornelius Vanderbilt, instituted the first Staten Island to Manhattan ferry in the 1810s). The house was rebuilt in 1955 under the auspices of historian Dorothy Vanderbilt Smith (see below) and declared a NYC Landmark in 1897, which no doubt is the reason for its continued existence.

Unfortunately the house has for the past couple of decades succumbed to fires and vandalism. A sign on the property advertises a medical building that will be constructed on the site. 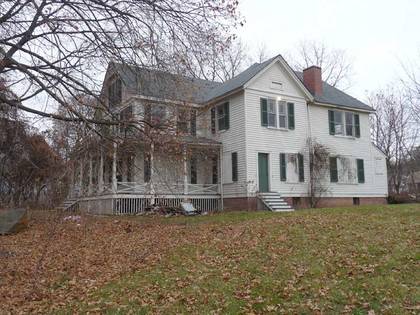 Faring somewhat better than the John King Vanderbilt house is Dorothy Valentine Smith’s former house nearby on 146 Waldron Road, which requires a hike across an undeveloped patch since Waldron Road doesn’t quite reach Clove Road.

The house was built between 1893 and 1895 for John Frederick Smith on land that had been owned by the Corson family for several previous decades. Both Smith and his daughter Dorothy were involved in Staten Island’s civic and cultural life; Dorothy Smith wrote extensively on Staten Island history, and helped found Richmondtown Restoration. 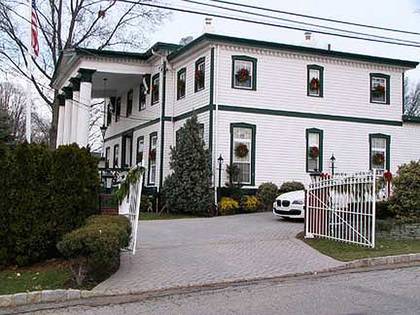 The Gardiner Tyler Mansion, 27 Tyler Avenue between Bement Avenue and Clove Road approximately one mile north of the Smith house, was constructed circa 1835 when most of the surrounding region consisted of farms and fields. President John Tyler’s widow, Julia Gardiner Tyler (1820-1889) resided in this house during the Civil War. Virginian John Tyler, the 10th President, was the first US President to be married during his administration. His widow moved here after his death in 1862; even though she was born in New York, she ardently supported the Confederacy. John and Julia Tyler are buried in Richmond—Virginia, that is, not Staten Island.