Rooster’s thoughts and insight on the real-life cats that inspired “Cat Person.” 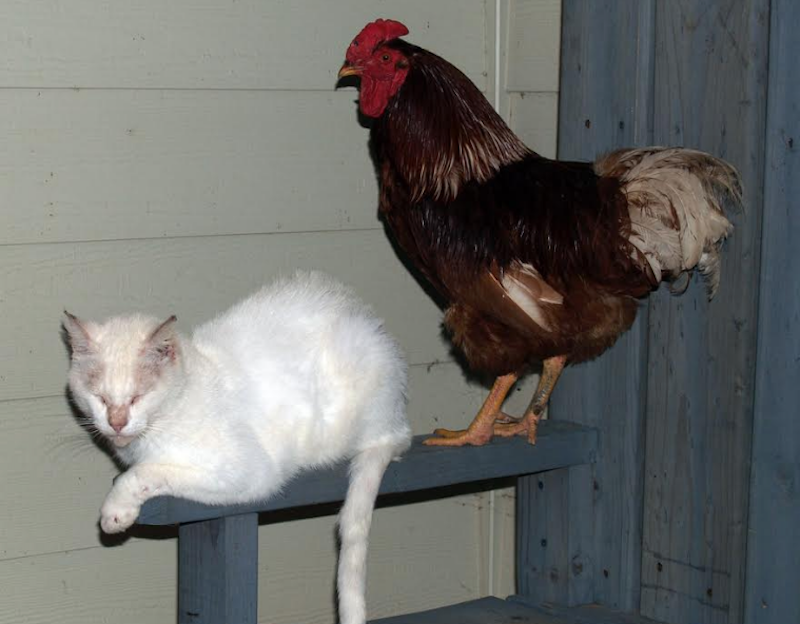 By now you probably know I’m referring to “Cat Person,” the short story in The New Yorker by Kristen Roupenian that went viral last week. That was December 11th, the same day that little bitch Keaton got bullied and outed as a Nazi or something. I mean, come on, with that nose? What do you expect? Sorry, sounding like Bennington again… I’m not bitter. I’m just… questioning. Why this story? Why these people? Why these cats? Who, by the way, are completely absent from the story they’re sort of named after. I enjoyed Roupenian’s story, a modern and more nuanced update on Judith Rossner’s Looking for Mr. Goodbar.

Even though I’m ageless and detached from any moorings of time-space, I related to the narrator’s emotional uncertainty and fear in flirting, crushing, and hooking up with suspicious and potentially dangerous partners. Before I met Monica (don’t tell her I wrote this), I tussled with a Bavarian peacock from Brussels that just about tore my hackle off one night. This was before “affirmative consent” or even modern English was around, so the boundaries and rules of engagement were very murky, if not totally opaque.

I was munching on my special wheat chocolates as I read “Cat Person” late at night, totally engaged, but by the time we arrived at the man’s house—the “cat person”—his pets were conspicuously absent. The narrator noted this, and the guy’s excuse for the house’s messiness and his emotional fragility and distance made for a fitting metaphor in the title. “I’m a cat person,” he says, but where are his cats? Starved somewhere? Non-existent?

Well, no. I happen to know the cats involved in the story and I will respect their wish to remain anonymous but will not honor their wishes for me not to bring this up at all because I’m a writer and we’re allowed to be wild and crazy and careless, even contemptuous, of others’ actual feelings at the expense of our art.

So I’ll tell you that yes, the man, “Robert,” is real, and his name is Blaine, and he lives with his mom outside of Schaumburg, Illinois with three cats. Their names are Roddy, Racin’, and Jaybee. They’re very mean and deserve nothing nice but I won’t blow up their spot, which is in suburban Illinois and easily searchable on the Internet.

I emailed Roddy over the weekend to get his take on “Cat Person” and its immediate viral success. “I hate Blaine,” he told me. “Always arguing with his mother, hiding money in pillow cases, never flushing the toilet… oh and by the way he’s a virgin, so let it be known that the author was being charitable.”

I asked if they would see any runoff from Roupenian’s seven-figure book deal. He said it was unlikely but hope springs eternal. I have to say, despite our fundamental biological differences, cats are remarkably sharp and smart animals, able to spot a charlatan and a fake before most other mammals. I’ll admit the Quibbits clan is exceptional among birds—that’s why we isolate ourselves, we just can’t deal with the utter stupidity of most of our breed. But that’s okay, I’m content to continue to read fiction and create art and send it out into the world and hope that one day one of my pieces will go viral, or at least get picked up by a wire service. If nothing else, I’d like to teach the world one thing in my infinite time on this plain: roosters are people, too. Sing it with me.