A Subculture of Sadness

I’ve known too many suicides. 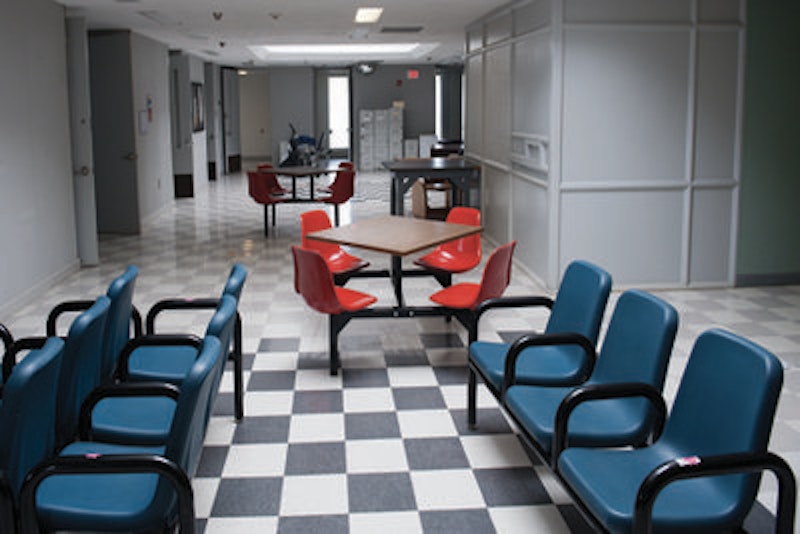 It’s two days until Christmas. I’ve been an in-patient in Norman Ward, Green Parks House since the start of November. I was recently turned down for accommodation (currently homeless), because of my history of drug use. Luckily, my Housing Officer is working to get me into Supported Accommodation somewhere else, but it could well be into the New Year before I’m finally discharged. Since I was admitted I have written four articles for Splice Today about psychiatry. I’m ready to move on from the topic.

I’ve known too many suicides, people who’ve lied their way out of the tyranny of the acute ward, and felt compelled to take their own lives. D.L Rosenhan wrote in his article "Being Sane in Insane Places" (Science, January, 1973): "It is clear that we cannot distinguish the sane from the insane in psychiatric hospitals. The hospital itself imposes a special environment in which the meanings of behaviour can be easily misunderstood. The consequences to patients hospitalised in such an environment—the powerlessness, depersonalization, segregation, mortification and self-labeling—seem undoubtedly counter-therapeutic."

If I’d been born in America, I sometimes wonder if I’d have committed a massacre. I have, in my more psychotic moments, fantasized about it. But chances are I would’veshot up a mental institution. It’s a little-known fact that those who attempt suicide are, should they survive, far more likely to commit murder. In 2007, after multiple admissions (many of them involuntary) and a battle with hard drug addiction, I took an overdose of Clonazepam. I wrote a suicide note, and when I swallowed the 29 tablets, my hand was steady. I blamed the NHS for their treatment, writing that I was exhausted and felt that I was going to be dragged back to hospital at any point.

The psychologist Dorothy Rowe wrote: “Whenever our own truth is denied, ignored or invalidated we experience the greatest fear we can ever know: the threat of the annihilation of our self.” She continued, “The risk run by every psychiatrist is that, when patients feel their self is threatened and that there is no escape, they will perform the only act of self-determination they feel is left to them. They will kill themselves.”

After my suicide attempt I was admitted to Green Parks, and, a few days in, was accuphased (a forced injection of the sedative Dipixil into the buttock) twice in a row. “You know you can die from a forcible sedation?” I yelled, feeling woozy, to which the nurse angrily responded: “We know!”

Eventually I began wearing sunglasses on the ward to intimidate the staff, and so the psychiatrists couldn’t see my eyes. This was, of course, masochistic, since, just by wearing them, I was deemed to be “manic” and without “insight” into my “condition.”

I was first diagnosed as bipolar in November 2002, aged 19, shortly before Tony Blair would bring the UK into the disastrous second Gulf War. I had trashed my room at university, written all over the walls “YOU LOVE YOURSELF TOO MUCH: DISCUSS,”thrown my passport and worldly possessions away at London Bridge Station, before returning to my parents’ house to tell them I had “forgotten my saxophone.” This is admittedly a little crazy, but is it as crazy as the Iraq war? I was described as a “textbook case,” and immediately put on Lithium. The PTSD many people were then feeling over the 9/11 terror attacks, not to mention my experimentation with ecstasy in rave clubs in London was not seen to be a contributing factor, merely as another reason why I needed treatment. I disputed my diagnosis from the very beginning, and when I asked the doctors how to define “bipolar,” they told my parents I had no insight into my condition.

Last week the ward psychiatrist tried to increase my medication, but because I’m a voluntary patient, he could not legally do itwithout my permission. As Moussaieff Masson wrote, “When somebody who has been stigmatized as ‘mentally ill’ staunchly maintains his or her own vision in the face of social disapproval, this courage is considered by therapists as further proof of the illness.”

My sister has a doctorate in psychology, and was a former child psychologist for sexually abused children. Before that she worked as a clinical psychologist, and even worked on the secure unit in Woolwich where I spent the London Olympics in 2012 (although not when I was there). I asked her once why she had become a psychologist. Her answer was honest, and revelatory: “I wanted to project my neediness onto other people,” she confessed, before adding, “I’d hate to have a patient like you.” She currently lives in South America, has changed her name, and walked away from her previous occupation.

“Not even the many psychotherapists who have given up the profession,” wrote Moussaieff Masson, “have questioned the idea of therapy. Usually they quit because they are ‘burned out’… but so taboo is the notion of criticising the endeavour of therapy that most of them not even considered the possibility that the fault does not lie with them, but with an idea that has outlived its usefulness, if indeed it ever had any.”

Two patients who’ve recently been discharged from Norman Ward both arrived after suicide attempts. “Sarah” sliced open her throat but was taken to A and E by her mother and was saved. “Tess” tried to hang herself.

Tess is 20. She has a diagnosis of Dissociative Disorder, Emotionally Unstable Personality Disorder, Complex PTSD and depression. She is prescribed Promethazine, an antihistamine with sedative properties. It can be bought over the counter. Along with my nightly medication of 15mg Olanzapine, I also take Promethazine. Tess told me the Home Treatment Team isn’t even calling her, and she’s confused about what’s happening to her. Two days ago she messaged me to say she was still suicidal. Luckily she didn’t do anything stupid. Tess told me that when she was an in-patient at the Beacon Centre at 17, she received psychotherapy, art therapy, and attended their school, but felt completelyabandoned now she was an adult.

“Sarah” is 19. She has a diagnosis of anxiety.She’s prescribed 400mg of Pregablin. She thought the staff were rude and condescending, that the ward was unclean, but found the medication (whose efficacy has been tested in treatment of Anxiety Disorder) and aftercare treatment were better than she expected. Because of the spectacular method of her suicide attempt, she later admitted that she’d often considered killing her mother.She’s reading English literature at a London university. I advised her to bring the sheet music for “Moonlight Sonata” into the campus practice room, play it loudly and with feeling, and then flamboyantly leave. This may sound strange, but for a classically-trained budding poet, I can think of no better advice.

Another girl, “Ellie,” also came in after a suicide attempt (an overdose) and isn’t eligible for Housing Benefit or Disability benefits. She wasn’t given a diagnosis, and has seemed to deteriorate since her discharge. I’m still hoping that she’ll call me if she’s suicidal, since several of my friends killed themselves after admission. She had extensive therapy for “nymphomania,” which she told me on the ward, grinning slightly, “she now had under control.”

All three of these girls are talented, intelligent and charming, but clearly in crisis, and all feel let down by the system. They’re all on different medication, and have either different or no diagnoses at all. I’ve known so many patients over the years, some, despite the same diagnosis of bipolar or schizophrenia,prescribed completely different medication, which makes me conclude that the psychiatrists have a “hit and hope” mentality. I’ve been on a cocktail of various medications over the years, and on many occasions I’vehad it administered against my will.

It’s time for me to make my way back to the ward, and even though I may never feel completely done with the subject of psychiatry, I write this in the vain hope that the media will one day listen to us, the psychiatric patients who live in a subculture of sadness that polite society dares not look upon. We do not vote as a lobby (indeed when hospitalized we cannot vote), we rarely haveassets, so why bother with us?

Spare a thought for the psychiatric patients on the acute and secure wards this year, and know that sometimes the worst thing you can say to the disenfranchised is “I hope you feel better soon.” Many of us feel just fine, and will always dispute our insanity.