Summer Reading for the Disenfranchised and Unemployed

The second installment of a three-part series: crystal meth in Midwestern literature. 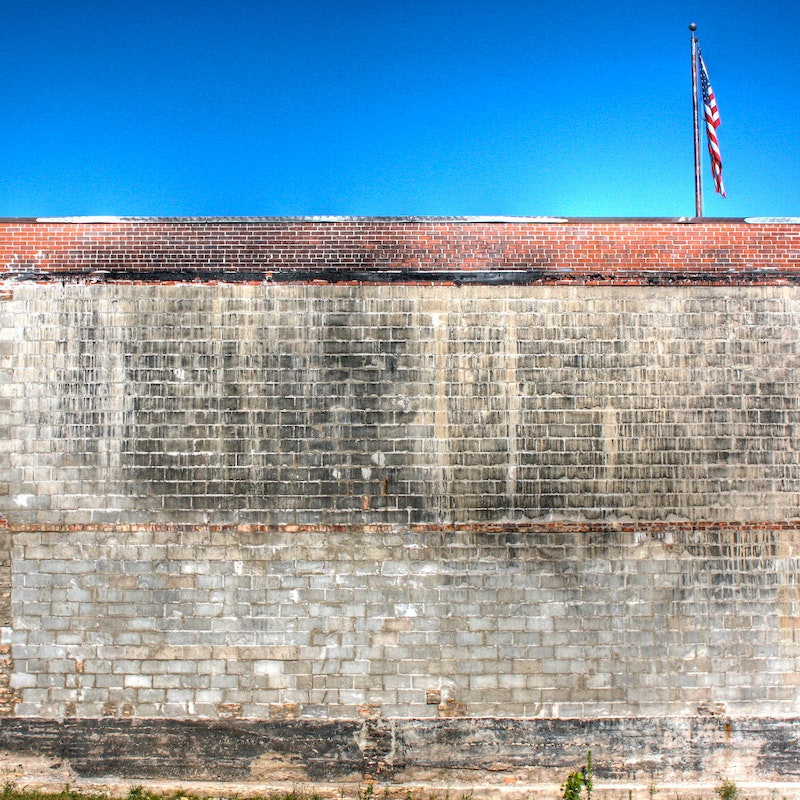 Part one is here.

It's old news by now that the American Midwest and West have a huge problem with chrystal meth; unsurprisingly, it looms like a cyclone in the distance through all of the stories in American Salvage by Bonnie Jo Campbell (Made in Michigan Writer’s Series, Wayne State University Press, $16.95). It’s beginning to pock the cultural landscape as well, from sources all over America. From the film starring Jason Swartzman, Spun, to numerous memoirs and selfhelp treatment books to a really really creepy Montana public service advertising campaign—to a theme in the new FX Television series Justified. Methland: The Death and Life of an American Town (Bloomsbuy USA, $15.00) by Nick Reding is the latest piece of long-form journalism to come out on the subject.

American Salvage is a skinny little book. Like the biceps of people you sometimes see at drugstores that belie mal- or undernourishment or a drug habit—biceps that are no doubt stronger and more savage for the experience of what they’ve had to lift, metaphorically and no. For its size, American Salvage has a lot on its shoulders.

One story, “The Solutions to Brian’s Problem,” is, at heart, about the total destruction of meth. Brian’s wife Connie is addicted. Brian is running through what to do about her in his head.

Put the baby boy to bed in his crib and sit on his living room couch until Connie comes home. Before she has a chance to lie about where she’s been, grab her hair and knock her head hard into the fireplace you built from granite blocks that came from the old chimney of the house your great grandfather built when your family first came to this country from Finland—blocks you gathered from the old foundation in the woods. Don’t look at the photos on the mantle. Don’t look at Connie’s wide wedding-day smile, or the way her head tilts back in an ecstasy that seems to have nothing to do with drugs. Don’t let the blood stop you from hitting her one final time to make sure you have cracked her skull. Put her meth and her bag of syringes and blood-smeared needles in her hand so the cops find them when they arrive. You will tell them it was an accident, that you were arguing and the argument escalated because she threatened to shoot meth into your baby.

A finalist for the National Book Award this year, American Salvage is the best book of short stories I’ve read in recent memory. Campbell is the author of two other books, Q Road and Women and Other Animals.

There's a particular passage in Campbell’s story “Fuel for the Millennium" that is as follows:

"Well, you should prepare just in case," Hal said. "I’ve got some gas put away and I’m ordering live chickens from the Farm N Garden so I’ll have eggs.” Actually, Hal Little was not looking forward to raising chickens in his new pole barn. He didn’t like the idea of having to feed and water critters everyday, not to mention figuring out what to do if they got sick. But, as he was trying to make this tall smiling man realize, a person had to prepare. The millennium problem was like religion. Hal’s father the minister used to say that even though you couldn’t force anyone to believe in Our Lord, you were duty bound to suggest a fellow ought to love Jesus, just in case he had overlooked the importance of everything the Bible said. Hal hoped further that accepting both the millennium and Jesus would help Americans recognize the way that banks and Jews were plotting together to deny the impending Y2K disaster.

That passage elicited a powerful, complete memory from my past that, if you don't mind, I'd like to recount.

Sometimes in the neighborhood that I live in, in the fall and winter, the door bell will ring in the late afternoon when the sun has that horrible glow to it that is at once extremely warm and sorrowfully cold, a paradoxical light. Iin it, on your front porch, will stand a man, perhaps two, with their pick-up truck’s hazard lights blinking on and off in the street beyond. He asks if you want to buy any firewood, quotes you a price per cord. Either you buy some or you don’t. Sometimes you point to a pile already high. Sometimes you hold out for the guy that you’ve been buying wood from all season. To this day, I have absolutely no idea what constitutes an actual “cord.” The feeling that I gather in my neighborhood is that no one does. Maybe every one’s getting the wool pulled over their eyes but no one really seems to care. It's just as well as you don’t have to pay some exorbitant price for a small bundle at Wholefoods. Most people just hand over whatever these men ask for, let them stack their wood, thank them and go back inside where the Sunday Times awaits.

I can remember one particular afternoon of this variety. My parents were out of town, told me to buy firewood because they were out. My dad goes through a lot of wood because, in the winter months, he has a fire going almost every day, all day.

Sure enough a guy rings the bell and I tell him to go ahead and stock us up. He’s got a beard. Denim coat, I think, and he had some generic name like Jerry. He had his son with him. Maybe twelve. Maybe a little younger. They start bringing up the wood, stacking it along the porch wall. I asked the guy and his kid if they wanted something to drink and I think the guy declined but his kid said yes so I got him a glass of apple cider. I asked him what grade he was in. He told me.

“Seventh,” I think he said, but it might have sixth or something lower because of what his dad said next.

“He’s supposed to be in the eighth grade,” his father said, sneering at him. “But he got held back cause he failed."

"He failed,” he said again, taunting him. Deriding his own flesh and blood. His son hung his head. I remember I felt so bad for the little boy. I regretted asking the question, lingered awkwardly on my own porch. Certain Americans seem to tell their kids that they can do anything (these are the kind I’m used to) and others seem to tell their kids that they’ll never amount to anything.

Somehow, my conversation with the father turned to politics. Bad choice. I think he was really adamant about discussing the topic. For whatever reason. Right away I could tell that he was of the Christian Identity type, full of conspiracy theory and flesh-and-blood bitterness for the federal government.

“Did you know?” he asked me. “That an army of the Chinese is marching on Darfur as we speak? The government has a secret plan to perpetrate a genocide on it’s own soil?”

I told him I didn’t. His kid just sat their, sipped from his glass. I just listened to his father rant and nodded. I didn’t have anything else to say, really. I don’t know what happened after that. I probably went inside. They probably finished and I probably thanked them and paid them. The incident stayed with me for a long time. That kid. He nagged at my conscience and a sense of empathy that can sometimes seems absolutely trite and shot-through with liberal guilt.

For cosmopolitan urban-ites, this encounter is a rare one, an encounter with a certain type of the American unseen. And I mean unseen. And I mean American. From somewhere like deep in Virginia, or northern Maryland maybe or West Virginia even—a place that’s maybe only a two-hour drive from a major urban center but if you went there you’d have a hard time believing that this was so.

OK, back to Hal Little. Hal is at the “smiling man’s” house to fix his washing machine. Hal, and the people like him, that are Campbell’s subject are a different kind of unemployed and disenfranchised than Sam Lipyste’s breed in The Ask, entirely. Whereas there’s this implicit notion in The Ask that Lipsyte’s characters (most of them anyway) are going to be okay, Campbell’s heroes seem in grave, grave danger. Of death. Starvation. Welfare. Prison. Destined for the tombs that George Elliot once wrote about in Middlemarch,

[...] for the growing good of the world is partly dependent on unheroic acts; and that things are not so ill with you and me as they might have been, is half owing to the number who lived faithfully a hidden life and rest in unvisited tombs.

Our government and our fiction writers would do good today to recognize those who live this “hidden life,” this half to which we owe the growing good of the world. Campbell writes beautifully the disgust she feels for a system and a government and a culture that effectively cut the legs out of middle America with the beginning of mass agriculture subsidization and the exportation of the auto industry abroad. We punish the people that built this country, too often deriding them in our film and in our books. We asked them to build this place and then threw them away when they were no longer needed.

He slapped his thigh under the steering wheel in a failed attempt to snuff out the flame.
Finally, he unlatched the door handle, intending to jump out, but the cop, a short-haired white man who seemed eight foot tall, was standing there with a gun on him. He said, “Remain in the car.”
“Holy fuck,” Jim said.
“Don’t move. Don’t do anything stupid.” The cop seemed nervous. This was how people got shot, Jim knew, by making cops nervous.
“Sir, my leg is on fire!”
“Open the door slowly.” The cop stepped back.
“You don’t understand,” Jim said. As he opened the door all the way, the flame on his leg turned from translucent blue to live orange. The vinyl on the steering wheel began to smolder and sink.
The cop stepped back. “Get out and roll. And keep your hands where I can see them.”
“Yes sir.” Jim wore his seat-belt so rarely that in his panic  he tugged against the belt and grunted without even trying to unhook it.
“Get out of the car, man,” the cop said. “Hurry up. You’re burning. I can smell your damn flesh burning.”

The cop, of course, being the personification of the government that is suspicious, doesn’t understand and has the same expectations of its citizens that that man selling me firewood had for his little boy. No wonder the Tea Party. No wonder Waco, no wonder Ruby Ridge. The rebirth of right-wing extremism. In the Rust Belt, more than just industry is crumbling. Forget about building any kind of infrastructure. Forget about establishing wealth and restoring this place to its once Ford-ian assembly-line glory. Salvage, now, is the name of the game.