The Ghost of Daniel Pearl 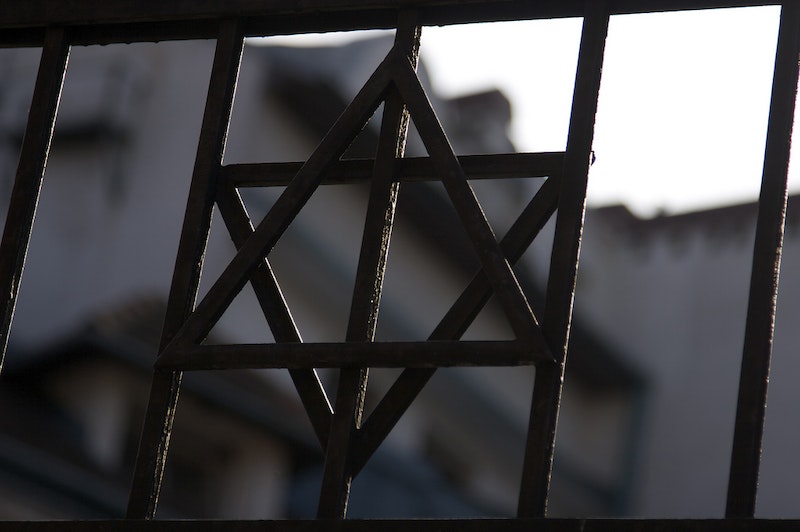 In the five months since coming back home, I’ve finally purged the slight residual edginess from traveling in Asia. Before I left for six months of living and working in India, Jewish parents everywhere seemed worried for me, anxious about my South Asian trip. They remembered the 26/11 Mumbai attacks that targeted Jews. They remembered Daniel Pearl. In America, I would never think twice about telling someone I was Jewish. While I never denied being Jewish abroad, I would occasionally sidestep the question of religion. I hoped by now to have a better understanding of violent anti-Semitism, the violent anti-Indian sentiment, or even terrorism in general. But I don’t. India is both a place where it is safe and acceptable to be Jewish and, yet, incredibly unsafe.

There is a curious solidarity between the Jewish and Indian populations. Israel and India have an ever-deepening relationship, with close economic ties, cooperation on security issues, and a huge number of Israeli tourists in India (nearly 40,000 each year). But the two sides also seem to have a matching empathy for each other. Both are somewhat puzzled by the well of enmity that has pooled in many of their neighbors. Both are frequent victims of terror attacks. Both are hyper-aware of the prejudice faced by their Diasporas and the violent attacks that have been perpetrated against them. Both are the subject of hate-filled Islamist propaganda.

From my safe perch in America, the reports of violence against Jews worldwide always feel so distant, like stories out of a book. Even the foiled attacks in the Bronx and the murder at the Holocaust Museum haven’t made me feel like a target in America. But when I started traveling outside the States and Europe (where anti-Semitism exists, but the threat of violence feels absent), all those stories came rushing back: the bombings in Argentina, the Mumbai attacks, the countless suicide bombings of the Intifada, and, of course, Daniel Pearl.

I’ll never forget wandering silently through a crafts store in Morocco a couple years ago, when the shopkeeper approached me unsolicited and pointed out a Jewish-made tea kettle. He told me that many of his friends growing up were Jewish. He went on to say that the Jews used to control the silver business and occupied positions of power, and in his words, they “used to run things.” It was almost touching, this man’s reverie, if it hadn’t been so creepy, hadn’t reminded me of vile stereotypes of a fictional Jewish power conspiracy, hadn’t felt a little insincere and jealous, and hadn’t been tinged by the knowledge of anti-Jewish riots and exodus after Israel’s creation and the Jewish-targeted terrorist attacks in 2003.

When you see Jewish life outside of America, you see the reality of the threat. During a trip to Hong Kong in December, I was invited to the lighting of a Chanukah menorah in the middle of downtown, right next to City Hall. It was a pretty surreal experience watching the flames flicker below the neon towering above. But I was most struck by the security. There were barriers set up around the small square, police monitoring the scene, Israelis with earpieces strolling around the perimeter, and guards going through every bag brought into the gathering. The intense security apparatus, military presence and the infamous “security wall” in Israel were jarring as hell, but seeing it in Hong Kong, a world away, was a reminder that it usually isn’t safe to be Jewish.

In India, I still felt that tension, no matter how illogical it felt. My close friends knew I was Jewish and were quite interested in it. A few times, strangers found out I was Jewish, and they acted as if this fact somehow brought us together. One of my fondest memories from India was an hour and half spent talking to a shop owner who had grown up with a Jewish best friend in Cochin, a Southern Indian city that once had a prominent Jewish population until they voluntarily left for Israel a few decades ago. Upon finding out I was Jewish the owner was utterly thrilled. He sat me down and regaled me with fantastic stories of holiday get-togethers and Shabbat dinners with the now-gone community. I was the first Jew he had spoken to in awhile, and he was so happy to be reminded of his old friend.

It was the exact opposite of my feeling in Morocco, a real sense of sadness at the community’s absence, the personal joy this man had experienced with my distant relatives, the sense of he and I bound together by our histories, though we came from completely different worlds. The next day, I went to the old synagogue in the Jewish neighborhood, the only Jewish person there. I felt unbelievable pride to be a representative for my people, to bring back for a moment something that the city had lost.
And yet, the anonymous serenity of the tiny, faded Cochin temple was nowhere to be found at the next synagogue I went to, the Knesset Eliyahoo in Mumbai. That synagogue was surrounded by barricades, several soldiers with automatic weapons, and a jeep painted bright baby blue to blend in with the stunning exterior. I had to show my passport and fill out paperwork just to enter the building. It was so difficult in Mumbai to escape the shadow of the terrorist attack. Drinking a beer next to the bullet holes in the Leopold Café, sliding in and out of the madness of Victoria Terminus, buying chocolates in the Taj Mahal Hotel—they were reminders that things can get scary at any second, no matter where you are, especially when you’re foreign, and even more so when you’re Jewish.

Last February, while I was in India, terrorists blew up a Pune bakery frequented by foreigners near a Jewish Chabad house. The next day, I was hanging out with one of my Indian friends, and he brought up the bombing. He told me that every time there is an attack, he hears mention of Jews nearby. He stopped and asked, “Why does everyone hate Jewish people?” I told him that that wasn’t true, but he shot a bothered look at me to let me know I was dodging the question. I thought about it. “Well, I just don’t know.”