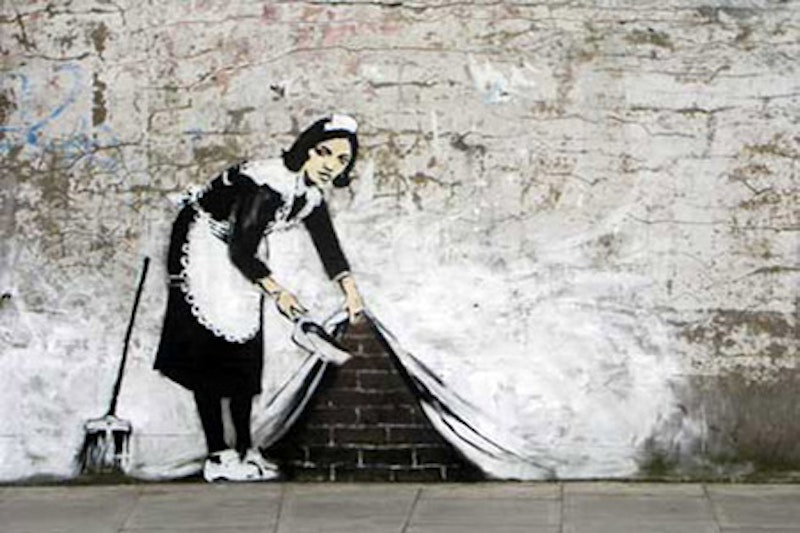 When I first got a driver’s license eight years ago, my parents were very clear about the ground rules: no staying out past midnight, no drinking and driving—basic regurgitations of the government laws already regulating my actions. There was one rule, however, that wasn’t on any government books: no going to Washington, D.C. It was too dangerous and too easy to get lost. I was particularly prohibited from attending concerts at the 9:30 Club, a venue next to the U St. corridor and its rough reputation.

Mind you, I grew up outside Baltimore and was allowed to go there as soon as I could drive. Indeed, Camden Yards was one of my first solo driving destinations, and I spent seemingly half of high school bumming around record stores, delis, diners and coffee shops around Baltimore. But a trip to D.C. was out of the question. I wouldn’t even bother to ask.

A couple of weekends ago, I found myself at 3:15 a.m. only a few blocks from the formerly forbidden 9:30 Club, watching occupied taxis zip by. My friend and I looked at each other after the fourth full cab, shrugged, and decided to make the 20-minute walk to our car. As we walked, I marveled at the beautiful homes, more expensive than I’ll ever be able to afford. And that’s when it dawned on me: eight years ago, I wasn’t even allowed here in the daytime, let alone 3:30 in the morning. There’s no other way to say it—D.C. done changed.

Since returning home a few months ago from a half-year of living in India, I’ve spent an enormous amount of time bouncing up and down the East Coast, visiting friends and family in D.C., Baltimore and New York City. Most of that time has been spent in D.C., where about 90 percent of my high school and college friends have since relocated. It’s not the first time I’ve spent in D.C. since graduating high school—a few close friends moved to D.C. for college and a few more for summer internships, so I began going there while home from college. But I never anticipated the full-scale D.C.-bound immigration that ensued after college graduation.

It should be noted that I used to hate D.C. It was the opposite of Baltimore. It was stuffy, strait-laced, and snooty—always looking down on my fair city. The social scene seemed at once flashy and dull, a bunch of kids in nice cars buying bottles at clubs that weren’t that cool. There was no creativity, no culture, and no style. The whole city was for show; fun wasn’t allowed. And, worst of all, it was resume-happy, like L.A. with the movie business, except instead of talking about a new pilot or screenplay, people talked about their think tanks and acronym-laden agencies. Everyone was judging your qualification to be a treasured “contact,” someone who could take them to the next step in their career. Humanity was replaced with a job title.

But now things are different, changing, even if the resume bit is still the same. The last couple of years have seen a long-arced trend accelerate to warp speed. The city’s population is booming, and the metropolitan region is one of the fastest growing in the country. The increase in the size of the federal government during the recession has certainly helped spur growth, but the private sector has been flocking to the area, as well. Government-related companies like defense contractor Northrop Grumman have been moving to D.C. from across the country.

More importantly, there has been a sizable increase outside the government sphere. Hilton Hotels is moving its headquarters from L.A. to D.C. The burgeoning biotechnology industry has planted firm roots in the area due largely to the presence of the National Institutes of Health, the FDA and Johns Hopkins in Maryland. Best of all has been the surge in technology and tech startup jobs, with the D.C. region second only to New York in recent tech hires (more than Silicon Valley, Boston or Seattle).

All of the sudden, D.C. is becoming cool. The past couple of years have seen a startling number of new bars, clubs and restaurants. I sit with friends from home and from D.C., and we marvel at the drastic changes, the dressed-to-kill people and the clubs where there were once soup kitchens. The fussy Georgetown clubs with bitchy doormen have given way to the anything-goes madness like the basement electro sweatbox U Street Music Hall or the influx of beer gardens and dive bars in the H St. NE neighborhood (which feels like it could be a particularly exciting nook of Brooklyn). Warehouse and word-of-mouth club parties have spread like wildfire. For better or worse, an influential hipster scene has emerged, drawing sharp contrast to the mousy, stiff stereotypes of old.

D.C. will never be the cultural equivalent of New York or L.A.—those cities’ livelihoods are built on the culture professions like fashion, media, film and music. But, the recent increase in non-government employees has been essential to the D.C. cultural renaissance. With so many people dependent on political, government, government-dependent and defense jobs, the ubiquitous security clearances keep a huge amount of people from partying too hard—their livelihoods depend on “staying straight.” The new jobs have brought a population that isn’t afraid to let loose. Additionally, industries like tech and biotech companies are competing globally for a select group of cosmopolitan elites. As the economist Richard Florida has shown, in his book Who’s Your City?, this particular class brings with them a taste for exciting night life, innovative culture and diverse food.

Again, there’s no question that the nightlife in New York bests that of D.C. in terms of ceiling and raw diversity of options, but D.C. packs a southpaw counterpunch. Its lack of perceived hipness results in an absence of the frustrating pretentiousness that mars half of my nights out in New York. The nights spent arguing with bouncers to get into shitty, half-empty bars never happen in D.C. Exclusivity in D.C. is the domain of the political dinners and galas. Everything else is beautifully up for grabs in a way that the “Who Are You and Who Is Your Father?” culture of New York, L.A., and Miami have shunned.

What was a brutally segregated city only a few years ago is slowly letting down its barriers, as can be seen on the sidewalks of Adams Morgan, Columbia Heights and U Street (although there is still so far to go). The immigrant population, the constant supply of foreign embassy staff, the influx of youth and creativity, the burgeoning diversity of life—D.C. finally has become a real world city, the first kind since Miami did it in the 1990s. It’s the most optimistic place I’ve been in America, as everyone is beginning to realize they’re part of a dash into an exciting unknown.