Or, how we got from Lewis Carroll and Edward Lear to Douglas Adams and Terry Pratchett. 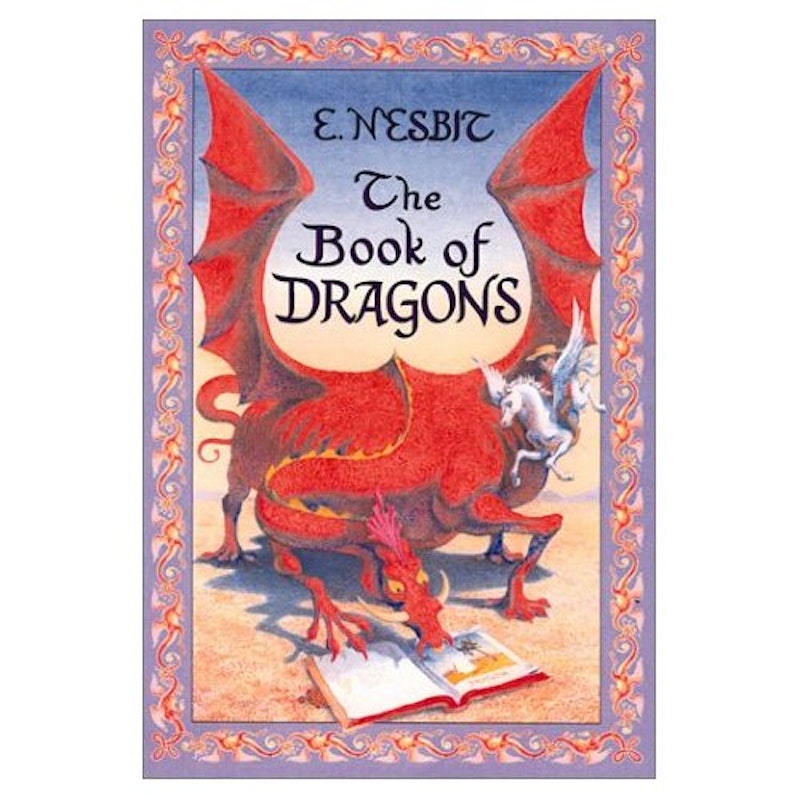 Perhaps my favorite story in E. Nesbit’s The Book of Dragons is “The Ice Dragon, or Do as You’re Told.” George and Jane defy their parents by walking out of their English backyard in search of the North Pole. They cross one lawn, then two, and find the Arctic, complete with an ice slide for convenient travel, evil dwarves made out of sealskin and a giant dragon curled around the North Pole itself. And what does the North Pole look like? Well, as Nesbit explains, “You will hear grown-up people talk a great deal of nonsense about the North Pole, and when you are grown up, it is even possible that you may talk nonsense about it yourself (the most unlikely things do happen) but deep down in your heart you must always remember that the North Pole is made of clear ice, and could not possibly, if you come to think of it, be made of anything else.”

Nesbit was an expert at this strain of arch nonsense. The Book of Dragons is from 1900, and while it’s not well remembered today, reading it suddenly makes the last 150-odd years of British silliness for children make sense. Oh, you say to yourself, that’s how we got from Lewis Carroll and Edward Lear to Douglas Adams and Terry Pratchett. On one end there’s a talking rabbit with a pocket watch; at the other there’s a world shaped like a giant disc; and in the middle there’s an island that spun the wrong way round and as a result the rabbits are the size of buses and elephants are the size of dogs and cakes and pastries grow on trees but “they have to make their cauliflowers and cabbages and carrots and apples and onions, just as our cooks make puddings and turnovers.”

For Carroll, there was hardly a plot to be found for all the nonsense; Adams and Pratchett, on the other hand, often have fairly standard genre stories buried beneath all the silliness. Nesbit hits a sweet middle-ground: the stories are familiar (a princess is trapped on an island waiting decades for her prince; a pig-keeper saves the town from dragons), but there are ever-expanding, delightfully tricked-out plot holes around every corner—plot holes so large and so plentiful they threaten to swallow the entire narrative. And papering over the fissures, or (depending on your viewpoint) tearing them wider is Nesbit’s pleasant, matter-of-fact storytelling voice, explaining that of course cats are descended from dragons—why, just look at the claws—or noting that soccer declined precipitously in popularity after the dragon ate the players, as well as the umpires, goal-posts and ball.

The best thing about The Book of Dragons, as with any good chapter book, is that it is as (or maybe more) entertaining for the adults who have to read it as for the kids who are listening to it. It’s like Monty Python with dragons and princesses and adventure but, you know, without the dirty bits. Though I did end up explaining where babies come from so that my six-year-old son wouldn’t think that witches bring them. I have a vague memory of explaining the mechanics to him before, but he appeared to have forgotten. He didn’t seem especially interested this time either, honestly. On the other hand, we did have a very productive conversation about whether or not it would be practical to hunt dragons with hippopotamuses—and if that’s not a convincing endorsement for The Book of Dragons, I don’t know what is.